The 2010 ITU Triathlon World Cup Series resumes this weekend as the world’s best gather in beautiful Huatulco, Mexico.  More than 110 athletes from 34 countries will line the stunning beach at Santa Cruz bay for the elite women’s and men’s race on Sunday morning.

The elite women kick off the action at 8am (local time).  Headlining the women’s field is this year’s world championship silver medallist Nicola Spirig.  The Swiss has enjoyed a phenomenal season including a victory in Madrid, silver in London and bronze in the Grand Final in Budapest.  Spirig also won her second straight European Championship.  Wearing number one in the women’s field is the 2008 World Champion Helen Jenkins who finished 4th in the rankings this year.  The Brit was on the podium three times in 2010, taking bronze at Hy-Vee, Madrid and London.

Ai Ueda of Japan returns to Huatulco defend her title from a year ago, which was her first World Cup victory.  The 2-time Asian Champion has fared well in Mexico, winning silver earlier this year at the World Cup in Monterrey in addition to last year’s win in Huatulco.  Others to keep an eye on include German Ricarda Lisk, former World Cup Series champion Annabel Luxford of Australia and Ukraine’s Yuliya Sapunova who broke through for her first World Cup title in Tiszaujvaros, Hungary in August.

For the home team, Mexico will have three women in the field with Claudia Rivas as the top contender.  She was the highest ranked Mexican and finished inside the top-10 in Huatulco last year.

On the men’s side, all eyes will be on Javier Gomez to top the podium.  The Spaniard had another brilliant season, punctuated by his second career World Championship.  Gomez posted wins in Hamburg and London and was a runner-up in Kitzbühel, at the Grand Final and at the European Championships.  He hasn’t raced in Mexico since his victory in Cancun in 2006 but will certainly be looking to duplicate that result.

While most will be expecting Gomez at the top of the podium in the men’s race, a host of others will be looking to prove otherwise.  Among the other contenders are David Hauss of France who had a breakthrough season in 2010, finishing 9th in the rankings and last year’s winner Matt Chrabot of the U.S.  Brazil’s Reinaldo Colucci will be another to watch after he came through for his first World Cup win two months ago.

Mexico will field five men in the race with Crisanto Grajales as the strongest contender.  He was a silver medallist at the Tiszaujvaros World Cup and finished 2010 ranked higher than any other Mexican triathlete.

Athletes will be vying for their share of the $50,000 USD prize purse as well as ranking points which will count to their 2011 rankings as the 2010 World Champions have been crowned.

Live timing and twitter updates will be available through triathlon.org/live 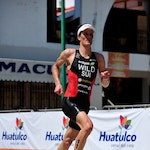 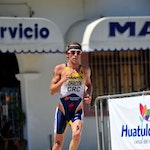 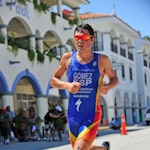 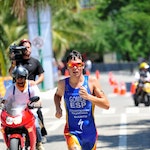 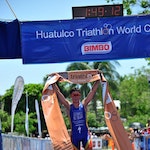 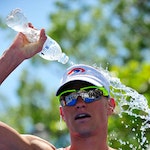 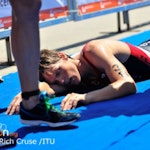 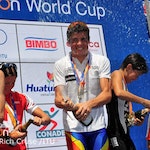 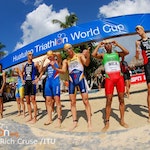 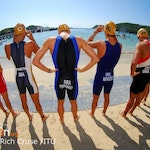 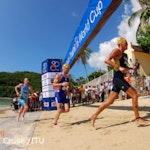 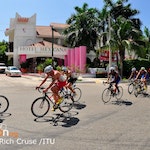