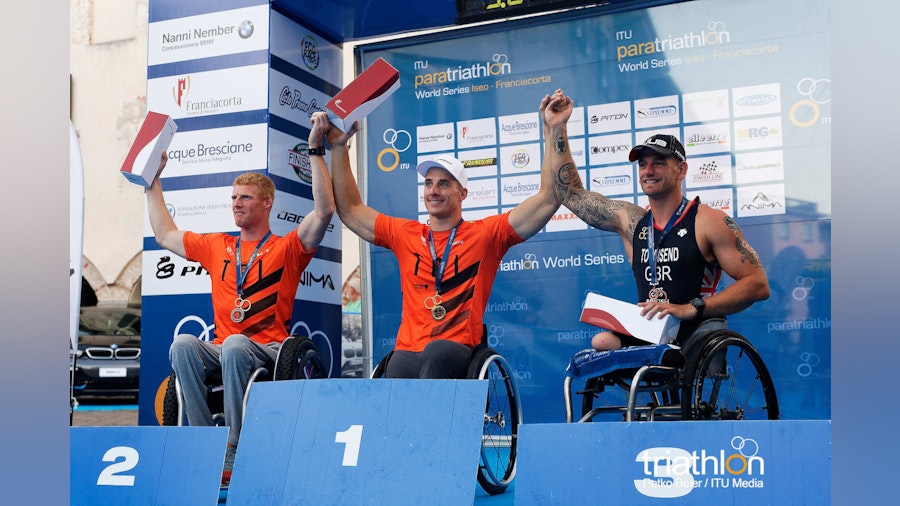 Dutch paratriathlete Jetze Plat backed up his lead in the ITU rankings after his dominant win in the second stop of the World Paratriathlon Series held this Saturday in Iseo (Italy). The Dutch, current Olympic champion and world champion, proved that he is the strongest competitor at the moment in the field, while Aussie Lauren Parker claimed her first victory in a WPS of her career only one year after the bike crash that left her paralysed.

But overall, the winner of the Iseo Paratriathlon Series was Great Britain, with British paratriathletes claiming four gold medals, while USA and Russia both claimed two golds and France, Australia, Spain and the Netherlands one each.

PTWC
In the Men’s PTWC class things were business as usual, with Plat dominating since the first strokes in the water of the lake. Behind him, his teammate Geert Schipper and Bill Chaffey (AUS) tried to chase him but the handbike proved to be the best left for the Dutch, finishing the 20km ride clearly in first and second place. Behind them, Joseph Townsend, the British Royal marine comando tried to recuperate the time lost on the swim and when it all came to the run, he was already in third place, which he kept until crossing the finish line. The three of them repeated then the Yokohama WPS podium, and are the clear favourites for this year’s World Championships.

In the Women PTWC category, Aussie Lauren Parker knew that had great chances of getting her first ever WTS victory and the young paratriathlete went for it since the beginning. Her powerful swim put her in second place out of the water, only behind Margret Ijdema (NED), and knowing that she had to build up quite a lead in order to keep marathon expert Wakako Tsuchida behind, she started working hard in the bike segment. Even loosing almost four minutes in the last section in the run, the Aussie grabbed in Iseo the first WPS victory of her short career, only one year after the accident that left her paralysed, and is now fighting to be on top of the podium at the end of the season.

PTS2
The PTS2 races both went the way of the US with Mark Barr and Allysa Seely winning the men’s and women’s respectively. Barr managed to cross the finish line in first place with almost one minute difference over British Andrew Lewis, while Mohamed Lahna, racing for the ITU flag, claimed the third place, , just a few seconds ahead of Spaniard Lionel Moreales.

In the women’s race, the victory was for the American Seely, with an impressive run almost two minutes faster than everyone else. She was followed in the finish line by Britain’s Fran Brown, second in 1:21:22, and fellow American Hailey Danz, third with a time of 1:22:56. “I am incredibly grateful to be at the top of the podium today,” Seely said. “I came into the race with a few very specific goals. I am proud to say I accomplished my swim goal, but fell short on others. I am looking forward to my next block of training heading into WPS Edmonton, where I hope to make it three-for-three in the WPS series.”

PTS3
The class with fewer athletes was an easy one for Spaniard Daniel Molina, one of the oldest in the field, who secured the victory at 43 years of age after stopping the clock on 1h08.21’‘. Behind him, British Ryan Taylor finished in second securing some valuable points for the ranking, while Anton Bosnjakovic (CRO) claimed bronze.

In the women’s race, victory was for the sole competitor, France’s Elise Marc who registered a time of 1:21:58.

PTS4
Russia claimed the two PTS4 events in Iseo thanks to Mikhail Kolmakov in the men’s and Anna Plotnikova in the women’s. For Kolmakov it was an easy victory even though he had a not so great swim, but he overcame the difficulties in the water to cross the finish line almost 15 seconds ahead of Spaniard Alejandro Sánchez Palomero, second in 1:05:31 and Japan’s Hideki Uda third in 1:07:19.

Plotnikova was able to hold off one of the favourites in Iseo, Australia’s Sally Pilbeam, to seal victory, posting a time of 1:18:39 to win by 17 seconds over the Aussie. The third place was for a British, Hannah Moore, who stopped the clock in 1:21:04.

PTS5
Another country claimed both victories in one class, this time it was Great Britain who secured both gold medals in the PTS5 events, with George Peasgood winning the men’s and Lauren Steadman coming out on top in the women’s.

Peasgood had a hard race this Saturday, with Canadian Stefan Daniel following him close during the whole race, only to be able to beat him in the last meters of the run. The Canadian had the best run of the day, to overcome almost three minutes that Peasgood had gained with the swim and bike, to finish in second place only 17 seconds behind the British. In third place, Rio 2016 Paralympics bronze medallist, Jairo Ruiz (ESP), once more in the podium in a WPS.

As for the females, Steadman’s victory was one of the greatest of the day, almost four minutes ahead of the second one in the finish line, her compatriot Claire Cashmore. In third place, France’s Gwladys Lemoussu.

Ellis finished in an unrivalled time of 1:01:51 and was followed by the team of Spaniards of Héctor Catalá Laparra. The bronze medal was for Italy’s Italy’s Maurizio Romeo.

Patrick crossed the finish line with a time of 1:08:23, while Spaniard Susana Rodriguez was the runner-up and the United States’ Amy Dixon finished in third place. 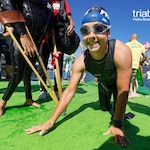 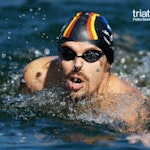 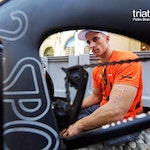 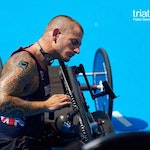 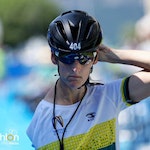 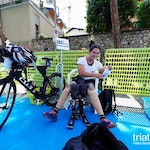 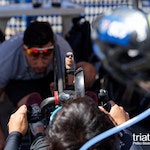 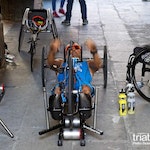 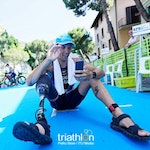 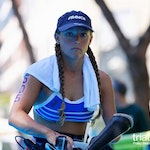 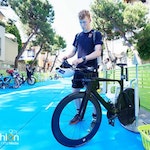 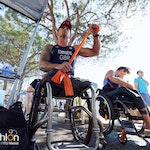