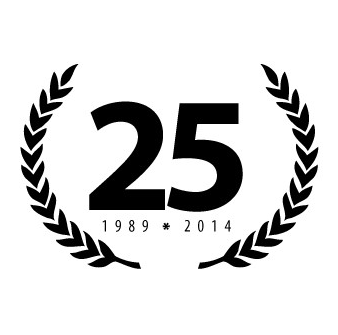 April 1st, 2014 marks the International Triathlon Union’s 25th anniversary, and a wide variety of events and projects will be taking place this year at ITU events worldwide to mark the occasion.

From the successful inaugural Congress and World Championships in Avignon in 1989, ITU has rapidly developed into a strong worldwide movement and a unifying force within the sport of triathlon, via more than 160 National Federations.

“We will be making announcements throughout the year to celebrate our short but rich history as an International Federation,” said ITU President and IOC Member Marisol Casado. “We have come so far in such a brief time thanks to so many dedicated volunteers, athletes, coaches, staff and triathlon enthusiasts. This is a time to reflect on where we have come from and to forge ahead in our goals to grow the sport.”

Triathlon continues to grow at impressive rates as evidenced by the continued success of the World Cup circuit, which began back in 1991, as well as the creation of the globally broadcasted ITU World Triathlon Series. Additionally, ITU’s worldwide sport development initiatives have been consistently growing and thriving, from grassroots to high performance level, ensuring the sport’s accessibility on all continents.

Then there’s also the small matter of triathlon being the youngest sport on the Olympic programme, and four incredibly successful appearances at the Olympic Games since Sydney 2000. The sport of triathlon saw a record number of flags represented at the London Olympics, marking the triathlon’s continued expansion and popularity.

As there is much to celebrate for the many millions who now make up triathlon’s global family, over the course of this year, ITU will gather together 25 years’ worth of stories, experiences and wisdom from every corner of the sport. These will then be shared via ITU’s media resources, and made available to everyone and anyone with an interest in triathlon.

There will also be celebratory events worldwide throughout 2014, from gala occasions in Edmonton and Avignon, to commemorative services to mark the passing of those who helped ITU flourish over 25 years. More information on these events will be made available via triathlon.org and the ITU Facebook and Twitter accounts.