ITU’s Executive Board meets in Edmonton 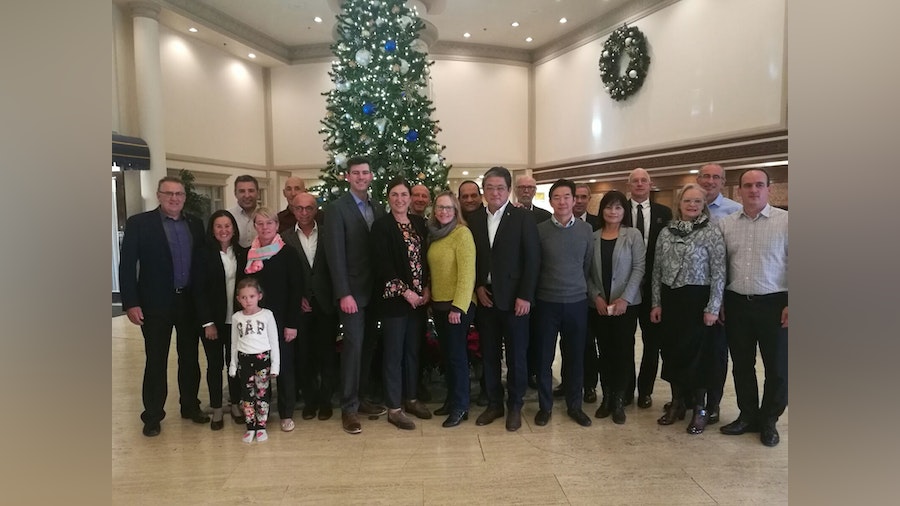 The Executive Board of I TU has met during three days in Edmonton (Canada), where they also attended the fourth edition of the Science and Triathlon Conference. Edmonton, home of the 2020 Grand Final, hosted an intense week of debate and discussions on several important issues.

“Those have been three days of intensive work planning and defining the direction of our organization for the next four years, and also approving some decisive steps towards the success of our development projects and the debut of the Mixed Relay in Tokyo 2020,” said ITU President and IOC Member Marisol Casado. “I feel really confident that with the work that we have been doing during last year, and the commitment from all the Board members, we will continue to push our organization even further. We have agreed and approved the pillars of our new Strategic Plan that will be guiding ITU’s actions for the next four years”.

One of the main topics of the Executive Board meeting was the Strategic Plan 2018-2021, approved by the Executive Board and Congress in September, and now unveiled with all the actions to follow during the next four years. With a changing environment and to ensure the global leadership of ITU within the sports community, ITU’s staff has worked to establish an action plan that will ensure the growth of triathlon worldwide and to ensure the standards of excellence and good governance of ITU.

During the board meeting, it was presented the new rankings and the qualification criteria for the Tokyo 2020 Games, a period that will start in May 2018, and planned to guarantee that the best athletes can participate in the Olympic Games. It is also designed to give opportunities to all the regions and National Federations to have their chance for the Olympic glory. The proposed qualification criteria, which has to be approved by the International Olympic Committee in February 2018, will be based on both individual athletes and teams, to guarantee the maximum possible number of teams competing in Tokyo 2020 at the debut of the Mixed Relay.

The Board gave the green light to the launch of the Mixed Relay Series, with two events in 2018: Nottingham, in June, and Edmonton, in July. Both events will be hosted along with a World Triathlon Series, in Leeds and in Edmonton, and will give ranking points for the Olympic Qualification Ranking, as will the Mixed Relay World Championship in Hamburg and the Continental Championships. The Executive Board approved two more events in the ITU’s calendar for 2018: Funchal (Portugal) and Lausanne (Switzerland) Paratriathlon World Cups.

The Board expressed the firm intention of ITU to join the independent anti-doping testing and sanctioning system proposed by the IOC, ITA, and the total support of the fight against doping and the support to the clean athletes. Also, the Executive Board approved to work along with the International Paralympic Committee to try to increase the number of paratriathlon medal events for Tokyo 2020.

The Executive Board also addressed some changes in the rules, as well as decided to open the bidding process for the 2019 WTS events, and appointed Ms. Beth Friberg, from Sweden, as a new member of the Audit Committee. Next meeting of the Board will be in April in Bermuda, a country that makes its debut on the World Triathlon Series in 2018.