“I have concentrated on the Asian Games competition so it is very satisfying to win the gold medal,” said Hosoda after the race.

Another picture perfect day welcomed the 21 elite men as they took to the 1.5-kilometre swim course.  Similar to yesterday’s women’s race, two Japanese athletes and a Korean, Min Ho Heo, powered to the front.  They exited the water together and along with six others, began the 40-kilometre bike course.

The lead group of nine men included all the expected medal contenders including Yamamoto, Hosoda, Gaag, Heo and Daniel Lee of Hong Kong.

The leaders worked together on the bike and created a gap of almost two minutes after just two laps.  With no significant breaks, nor any threats from the chase group, the medals would be decided amongst the nine men on the run.

Immediately on the run course, Heo and Hosoda pushed the pace until Yamamoto began to surge.  The two-time Asian Champion seemed eager to pull away but Hosoda fought to stay close.  Heo quickly dropped off, making this a battle between Japanese teammates.

In the late stages, Hosoda slowly opened up a lead.  Yamamoto couldn’t respond as Hosoda sealed the win on the bell lap.  Elated, he pumped his fist down the finish chute celebrating the biggest win of his career and crossed the line at 1:52:15.  Yamamoto was 26 seconds behind while Gaag was a further 26 seconds behind him.

It was sweet redemption for Japan which was shut out from the medals in the men’s race four years ago at the Doha Asian Games.  This time around in Guangzhou, Japan walks away with four of the six triathlon medals including both golds. 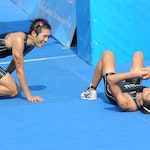 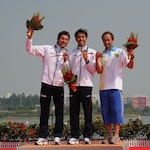 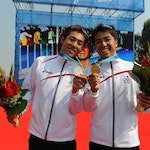 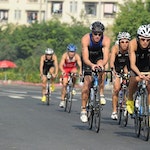 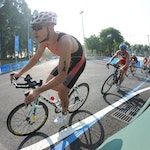 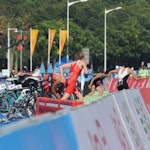 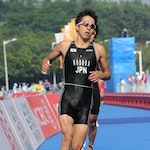 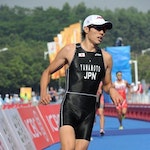 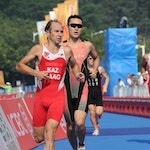 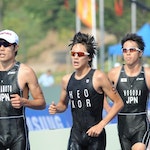 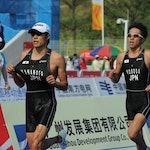 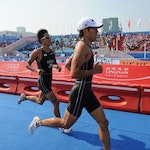