Agnieszka Jerzyk (POL) pulled out a gutsy sprint to the finish to claim Poland’s first ever world championship medal in the women’s ITU Triathlon Under23 World Championships.

At the end of the cold and rainy race day in Beijing, Jerzyk just pipped Zsofia Kovacs (HUN) at the line for the gold medal with an emotional Rebecca Robisch (GER) coming home in third.

“It’s amazing because this is the first medal in a world championships for Poland. The race was really hard, on the first lap of the run I didn’t believe that I could get a medal, but the next lap was really fast and I felt better. I had a great finish and I’m feeling really happy,” said Jerzyk.

In stark contrast to the previous day’s racing, the temperature had noticeably dropped for the start of the women’s swim. China’s Wang Yingying (CHN) was first to exit the swim into T1 with two packs soon forming on the first lap of the bike.

Leading the group of around 15 were Yuko Takahashi (JPN), Alexandra Coates (CAN), Robisch and Kaitlin Shiver (USA) with the second pack 20 seconds behind in pursuit. Before the midway point of the 20 km ride, the chase pack caught the leaders forming a group of over 25 women.

Ukraine’s Yuliya Yelistratova and Jerzyk were the first to enter T2 to join the pack of ten leading the run. Kovacs, Kyla and Alexandra Coates (CAN) and Lauren Goss (USA) were among the ten who ran together for the first two laps before the group began to split.

Kovacs surged into the lead with Yelistratova and Jerzyk hot on her heels and Shiver close behind. Going into the final lap Yelistratova dropped off the pace as Kovacs and Jerzyk stormed ahead. Onto the final 200m stretch, Kovacs could not hold on to the lead as Jerzyk crossed the line in 02:07:07. Robisch ended strongly to hold off Shiver on the final stretch for the bronze.

“I’m really happy with my medal and happy with my swim as well because I caught the first pack and I’m not a good swimmer. The bike was a little dangerous because of the rain and it was a tough course. On the run it was a sprint finish and I was really happy to finally get second,” said Kovacs.

“I’m so happy, I just cried after the finish line because I was so excited and happy. It was amazing for me in my last under23 competition to get a medal,” said Robisch overwhelmed by her podium finish. “In the swim I felt good and I was in the first group and the bike was not hard for me, but I felt that I had no strength because of the cold. I felt bad on the run as I was so freezing and couldn’t feel my legs, but on the last lap I saw there was a gap in front of Yelistratova and I just gave everything I had in the last kilometre.”

The final day of racing in Beijing sees the women’s elite race on Sunday 11 September at 13:35 followed by junior men at 16:15. 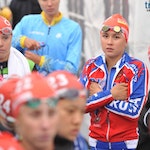 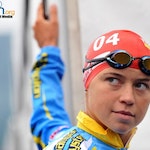 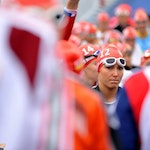 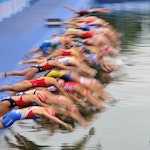 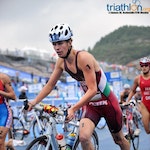 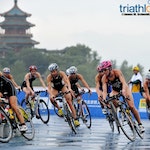 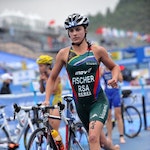 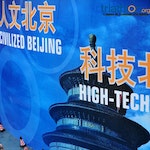 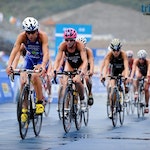 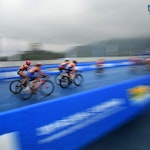 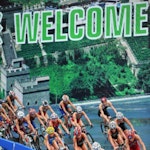 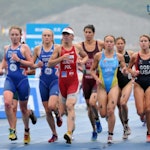