by Chelsea White on 14 May, 2016 03:34 • Español
In a race that brought as much excitement and anticipation that it might as well have been the Olympic Games themselves, USA’s Gwen Jorgensen claimed her victory with ease at the 2016 ITU World Triathlon Yokohama.

In a race that brought as much excitement and anticipation that it might as well have been the Olympic Games themselves, USA’s Gwen Jorgensen claimed her victory with ease at the 2016 ITU World Triathlon Yokohama.

Producing a consistently strong performance throughout the whole competition that saw her among the leaders in the swim and bike that set her up for a flawless run execution, Jorgensen was able to reclaim her spot on the top of the WTS podium when she clocked the fastest run split in Yokohama history with 32:15. The victory also granted her the Yokohama title for the fourth consecutive year, a feat that no other elite athlete has done been able to do at the same venue.

Jorgensen said of her continued success in Japan, “I really like it here in Japan, the crowd is always cheering, there is always a ton of people out so it makes it really exciting. There is one goal for the year and that is the Olympics on August 20th, I have been working towards that for four years, so I am just going to keep working towards that.”

Earning the silver medal was Aussie Ashleigh Gentle. After composing a very tactical and necessary doing after starting out on the bike with over 30 seconds down from the main pack, Gentle constructed a monster of a race to come from behind and ultimately take the second spot on the podium. Her silver medal also allowed her to demonstrate a strong case going forward with her national federation’s Olympic selection for the final two Australian women’s spots.

Commenting on being down in the swim, “I was disappointed with that, I was a little displaced in the swim and it was really choppy and I knew I could swim so much better than that in the pool. But I need to improve there, there are no excuses, but I worked hard on the bike and really pushed the pace those first few laps to get in the game again. Ai Ueda is a fantastic runner and I knew with the home crowd support she was going to put up a fight, so I really just tried to stick with her. At the end I tried to hold back just a little bit so hopefully I could have the legs for the sprint.”

The bronze then was awarded to Japan’s own Ai Ueda, who was able to enjoy a WTS podium in front of a home crowd.

Starting out in the day, the women’s field began the fourth stop on the WTS road with nerves and apprehension as two hours of racing would end the two-year Olympic qualification process. Having to endure choppy waters for the entire 1.5 kilometre two-lap swim, the field banned together and no real separation was showcased as they entered into the first transition.

Despite USA’s Summer Cook and New Zealand’s Nicky Samuels exiting the waters first, the swim saw no stand alones and that carried into the bike.

After only one lap of the nine-lap total course, a massive pack tallying over 40 women was created and it never changed.

While Gentle and Ueda found themselves down by over 30 seconds coming out of the water, they initially were placed in the chase group. However, it only took Gentle only three laps to put the work in and close the gap and push herself and the chase group into the lead pack.

Entering into T2, it resembled the Tokyo Station during rush hour and desperate elites fought to get out onto the run first. A group containing Jorgensen, Ueda, Amelie Kretz (CAN), Andrea Hewitt (NZL), Cook, Kirsten Kasper (USA), Erin Densham (AUS), Charlotte McShane (AUS), Maaike Caelers (NED) and Gentle got the advantage and started to separate themselves.

It wasn’t long however that Jorgensen took to her signature pace and catapulted herself into the lead position. Her lead only gained more space and she was able to comfortably carry herself into the finish chute uncontested. Her run split time of 32:15 also became the fastest 10 kilometre run time on the Yokohama course.

The battle was on then to complete the podium, Ueda pushed ahead, but the group did not start to space out until the second half of the discipline. Ultimately however, Ueda and Gentle were able to get a wide enough gap and stride away from the others. Sticking together until the final metres, Gentle had a little bit more left in her legs to get ahead of Ueda and grab the silver. While Ueda followed behind in third.

On the Olympic qualification front, Lisa Norden’s 22nd place finish was enough to keep her in the European new flag quota spot. Unless the US opts to use their final women’s spot as a discretionary position, she finished the Olympic qualification period as the highest athlete on the rankings list outside of previously-qualified Jorgensen and Sarah True. Amelie Kretz’ incredible eighth-place finish means she moved ahead of Maryia Shoret, who was the last athlete to qualify for the Olympics via rankings, but the verdict is still out if that’s enough to get to Rio. 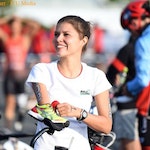 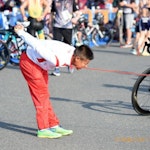 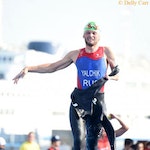 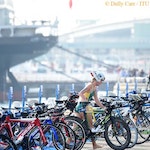 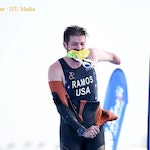 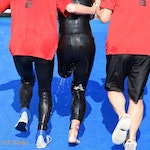 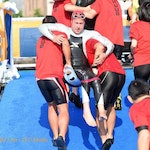 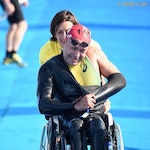 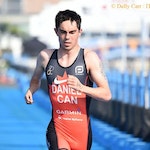 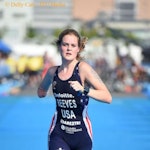 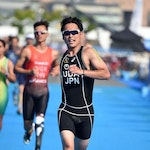 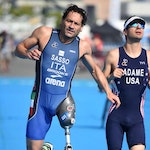