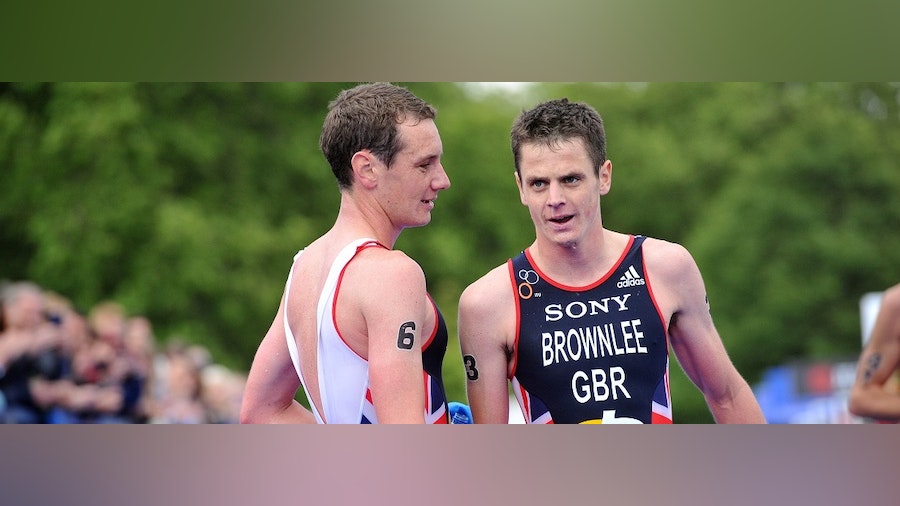 The World Triathlon Series will welcome a new host city to the family this weekend as the elites begin the European leg of the nine-race Series in Leeds, England. As the first event to follow the last Olympic qualifying race last month in Yokohama, Leeds is set to entertain the world’s top triathletes, with a majority having recently been named by their National Federations to compete in Rio de Janeiro this summer.

Leeds also enters the WTS circuit with a strong tie to the triathlon community as it is the hometown to the notable brothers, Alistair and Jonathan Brownlee. Leading the way for the men’s field is Jonathan Brownlee, who will be sporting the golden number one on familiar streets in front of his friends and family. Jonny has earned two medals so far this season, taking the bronze in the Gold Coast and then following it up with a silver in Cape Town. While heat played a factor in his performance in Gold Coast, expect this Yorkshireman to be in top form come Sunday.

Older brother Alistair Brownlee will also be on the start list, sure to impress his hometown crowd. Alistair has only competed in one race this year in the Gold Coast, where he finished 36th in his first race back from surgery. But performing in the same city where he grew up and now trains is sure to be enough motivation to get back on top.

Making his 2016 WTS debut is reigning World Champion Javier Gomez Noya (ESP). While only a couple weeks ago he competed in his first race of the year by winning the Lisbon ETU European Championships, he has not seen WTS action since Chicago last September. But his 2015 WTS scorecard saw him earn eight podiums that included two victories, which helped him secure his fifth World Champion title, so he should have no issue reentering the bull pin.

And with the return of Gomez to the WTS course, the triathlon world will also see the return of the rivalry between the Spaniard and the Brownlee brothers. All three have not lined up against one another since the 2014 Edmonton Grand Final. In the last two seasons, the three have raced together five times, with Alistair having finished beat out his younger brother and Spanish rival, three out of the five times.

However, Spain has been dominating the WTS calendar this year, with the warm Mediterranean country having taken home every title so far this year. This year’s gold medallists Mario Mola and Fernando Alarza are off the start list this weekend, so the top of the podium is up for grabs. However, Gomez and Spaniard Vicente Hernandez have a chance to keep the streak going. Hernandez has two top-ten WTS finishes this year and also earned the silver medal at the Mooloolaba World Cup. Two athletes that made their WTS podium debuts this season also return for another chance at receiving medals. Norway’s Kristian Blummenfelt impressed the crowds in Yokohama when he held out through a fierce run to claim the bronze medal just one week after he won the Cagliari World Cup.

Frenchman Dorian Coninx, who was just named to the French Olympic team, claimed bronze in Cape Town and put himself in the top three for the first time in his career. Pierre Le Corre, who, like teammate Coninx was recently confirmed to race in Rio, stepped on the podium in Auckland last year and will be looking for another medal. They will have help early in the race from top swimmer and teammate Aurelien Raphael. Expect Richard Varga (SVK), the Brownlees and Gomez to also all be fast performers in the first discipline.

Aaron Royle (AUS) returns as a medallist from 2015 with a strong contingency of Aussie teammates. Also dubbed for Brazil, Ryan Bailie lines up as a man to watch having clocked six top 10 finished in the last two seasons. While younger Jacob Birtwhistle missed out on the Rio-bound team, make no mistake this U23 reigning World Champ has plenty to prove, which he showed in Yokohama with a fourth-place finish.

But with everyone’s focus on Rio, all bets are off as to where they are in their training and speed preparation heading into Leeds. With so many factors at play, nobody is an easy pick for the podium.

The women will get the 2016 Columbia Threadneedle World Triathlon Leeds underway at 13:00 on Sunday June 12, while the men will follow at 15:45 local time. Follow all of the action live at triathlonlive.tv and on twitter @triathlonlive. Trifecta returns this year with new features. Create a new login and pick your favourites now at trifecta.usatriathlon.org.