Belgium’s Emmanuel Lejeune and Icelandic’s Edda Hannesdottir have been awarded with the prestigious 2018 Aquathlon World Championships titles, in their respective elite races, in Denmark.

Men’s recap
Encompassing a start in the waters of ‘Little Belt’, Middelfart, the field of elite men took on a fast 1km ocean swim. It was no surprise that Australia’s Nathan Breen, renowned for his strong swim skills, launched in front, lead the men into transition and onto the blistering 5-km run portion of the aquathlon.

Breen held on for the first kilometre before Belgium’s Lejeune closed the gap and took control in front.

The Belgium set the pace and strode nearly 45-seconds away from Breen and Alexis Kardes from France, who were chasing hard to keep up.

Lejeune dominated the final stage of the run to charge across the finish line and claim the victorious 2018 World Champion glory.

“It’s amazing. I was aiming for top ten. My transition was good and I felt incredible on the run to move into first place,” said Lejeune.

In an impressive sprint to the finish it was the young fun Aussie, Breen, who earned the silver medal and the bronze triumph going to Kardes.

“The swim is my strength I like to push pretty hard and make others work behind me and onto the run I tried not to think about what was going on behind me. I just couldn’t get there in the end.”
“I am very happy with my race, I was aiming for top five and had a really good swim and run,” said Breen.

The women’s race got underway in the gleaming waters of Middelfart, Denmark. Chloe Pollard, from Great Britain, clocked the fastest swim of the day for the women, in a time of 12minutes15seconds. Pollard led the field out of the water and out onto the run stage of the race.

Hannesdotir looked resilient in front and held onto a 30-second gap on the chase pack which included Hannah Kitchen from Great Britain, Vida Media from Serbia and Danish triathlete Augusta Grønberg Christensen.

Hannesdotir proved she was the champion of the day by emotionallly charging across the blue carpet to claim the golden Aquathlon World Champion title.

“It means a lot to me. I raced a month ago and got a concussion so the last month has been really challenging for me. I came here to try and focus on myself and deliver and it worked or me today,” said Hannesdotir.

Kitchen crossed the finish line to be presented with the silver medal while Media took out the bronze. 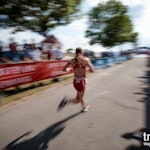 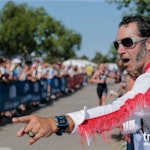 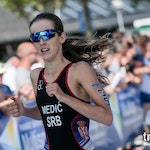 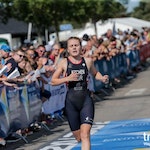 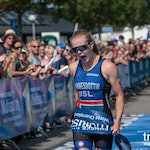 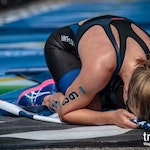 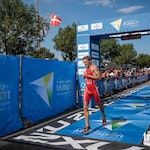 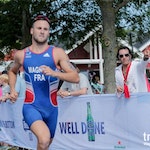 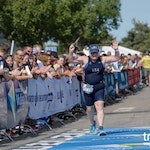 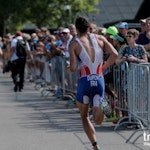 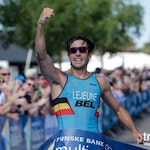 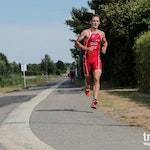