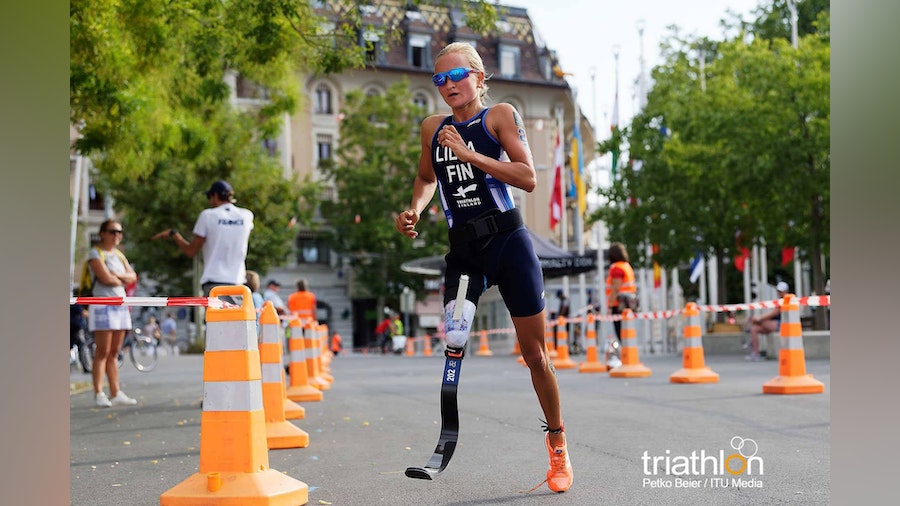 After an injury-hit year, Finland’s Liisa Lilja is aiming to end 2018 on a high at the Madeira Paratriathlon World Cup in Funchal, Portugal, on Sunday. Four international wins, including her first world title, ensured 2017 was a breakthrough year for Lilja, and she was hoping to carry her good form into 2018. But, after rupturing a tendon in her ankle, the Finnish Para triathlete underwent ankle surgery early in the year and was unable to run for six months.

Just three weeks after returning to full training in August, Lilja made her season debut at the Lausanne World Cup. A month later she just missed out on a world championship medal, finishing fourth at the World Grand Final on the Gold Coast. “In Lausanne I was really stressed because I didn’t know how my leg would withstand racing,” Lilja said. “I was really relieved when it didn’t ache afterwards, but I was more focused on my leg than on the race itself.

“In Australia I could again enjoy the race a lot more. Of course, the six-month interval in running affected my performance, but I was really happy that I could almost reach my 2017-level,” Lilja added.

The Finn is optimistic about Sunday’s performance. “I hope to run faster than in the two previous races this year,” Lilja said. “I was disappointed at my swimming in Australia, so there is also room for improvement there.”

Mix of experience and debutants

It is a similar story for Germany’s Martin Schulz after he delayed his start to the season due to an ankle injury. Unlike Lilja though, the three-time world champion will take to the start line on Sunday aiming to secure his fourth win of the season in the men’s PTS5.

The Madeira World Cup will see a mix of experienced triathletes and international debutants competing in Funchal, including Schulz’s compatriot Christiane Reppe, who will compete in her first international triathlon in the women’s PTWC.

Reppe won Paralympic gold in hand-cycling at Rio 2016 to add to her four world titles in cycling and her swimming Paralympic and world medals. Eager to embark on a new challenge, the 31-year-old will make her triathlon debut in Funchal.

Daniel Muller – competing under the ITU flag – and Great Britain’s Mark Conway are likely to be the athletes to beat in the men’s PTVI, while France’s Geoffrey Wersy will start as the favourite in the men’s PTS2.

China’s Jiachao Wang was just 38 seconds away from securing his third victory of the season at last weekend’s Sarasota-Bradenton World Cup, and the Asian champion will be back in action in the men’s PTS4.

The USA’s Amy Dixon will also be aiming to go one place better than her second-place finish in Sarasota in the women’s PTVI.

Ukraine’s Vasyl Zakrevskyi and Alisa Kolpakchy arrive in Portugal as the highest-ranked athletes in the men’s PTVI and women’s PTS5, respectively.