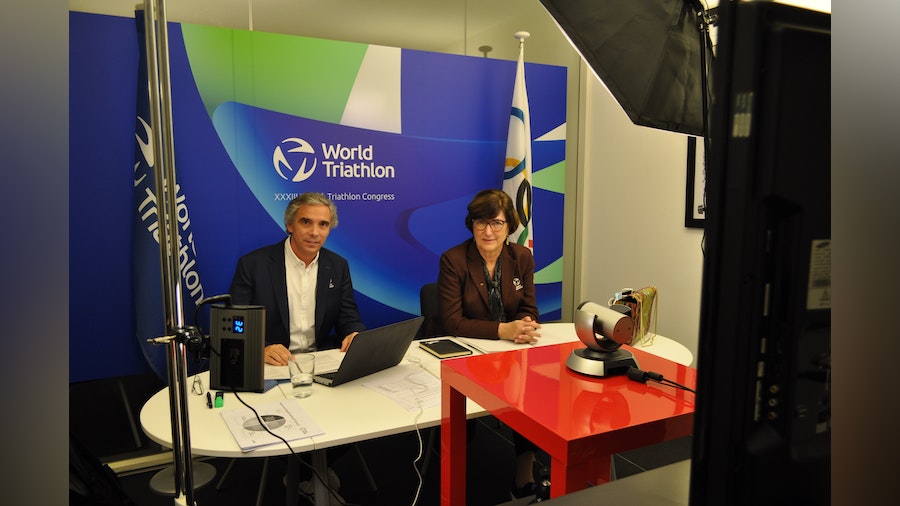 Marisol Casado has received the overwhelming support of the organisation’s National Federation members participating at the XXXIII World Triathlon Congress and elections, winning the Presidential election by 86 votes against 43 of her opponent Mads Freund, from Denmark. The elections came to a close on Sunday evening, with 136 National Federations voting. A week of meetings covering all aspects of triathlon governance was held virtually for the first time, concluding with elections for all positions within the sport’s governing body.

“I am delighted to receive this vote of confidence from our members that is an acknowledgment of all the hard work we have been doing to ensure triathlon’s rightful place among the most popular and fastest growing sports in the world. This past week has shown that the solidarity and integrity of our organisation, our National Federations, our committee and commission members and our athletes continues to define us.”

“I know that Mads Freund shares my passion for our sport and I promise to take on board the points that his candidacy raised as well as everything that has come out of the discussions with National Federations and Continental Confederations. Working with the new Executive Board, we are ready to make World Triathlon even stronger. Congratulations to all those elected today and my thanks and admiration for everyone who stood for and has served on the dozens of positions that are essential to this great organisation. Thank you to the staff for their enormous effort behind the scenes in putting together this virtual Congress. I look forward to being part of a historic 2021 with you all.”