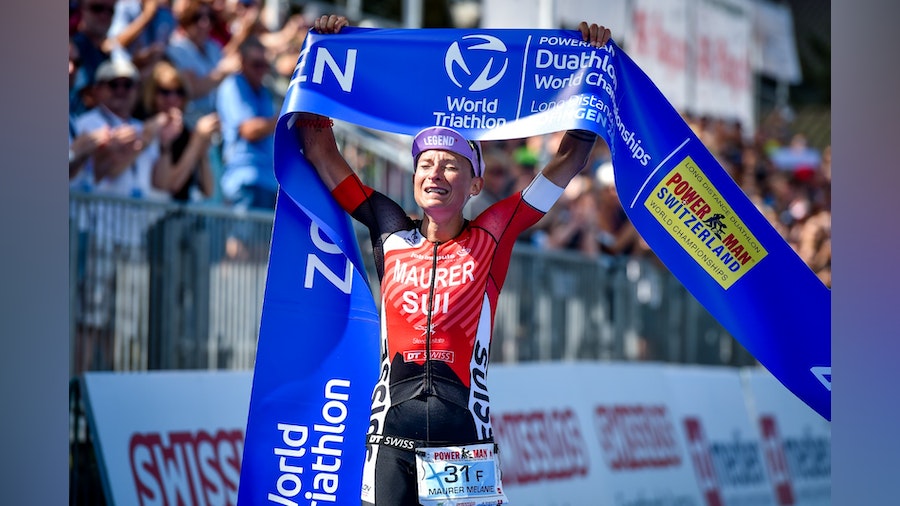 It was to be Switzerland’s Middle Distance World Champion Melanie Maurer and Matthieu Bourgeois of France who were able to master the mighty Zofingen challenge on Sunday afternoon, winning the 2022 World Triathlon Powerman Long Distance Duathlon World Championships on a beautiful day for the sport in the Swiss hills.

“The emotions are running high for me, that was the perfect race,” said a thrilled Maurer. “When I found out the size of my lead, I started to calculate how much I could afford to lose per kilometre, so I was always checking the watch. I always said to myself that if I won Zofingen, that would be it (retirement)… but it’s the best day of my career. I don’t know if I should quit.”

“What a fantastic day,” beamed Bourgeois afterwards. “I knew I was a bit stronger than Fabian on the run and controlled the first two laps, but lost 40 seconds on the climb, but I wasn’t going to be caught on the final lap. When you have days like this, you know why you do it. I’ve always wanted to wear the French uniform, now I’m also World Champion.”

For the 14th time since the race inception in 1989, this unique course set an imposing task for the athletes hitting the start; a 9.2km first run, 144km bike consisting of three laps, each packing a 605m elevation per lap and the enormous effort finishing in a 30km, three-lap run of rolling hillside.
—

Women’s Report
After abandoning the race in 2021 with hypothermia, Maurer was in determined mood as the sun shone down and conditions were dry and firm underfoot, taking to the front early with Belgium’s Lotte Claes. The Belgian was leading early over the bike, Maurer always close, Merle Brunnee (GER) and Antonia Luchini (AUT) giving chase.

After taking turns out front with Claes who ended the four-hour bike segment strongest, but Maurer then moved more decisively ahead at the five-hour mark and then the 34-year-old Swiss legend attacked across the first half of the 30km run. The gap gradually became more comfortable even if the mental game was becoming anything but, and with one last uphill effort after and after six hours of racing, the realisation that the title was hers finally set in, and she began to soak up the feat she had dreamed of.

Men’s Report
It had been a superb display from the outset by 27-year-old Bourgeois, who was able to manage his race perfectly and never looked anything less than in control. Conversely, Holbach Fabian had struggled a little over the first 10km, but still he, Jens-Michael Gossauer (SUI), Daan De Groot (NED), Fabian Zehnder (SUI), Michael Ott (SUI) and Bourgeois were separated by only a minute.

Holbach then sliced through the field over the opening kilometres of the bike and even assumed the lead, before the Frenchman took to the front once more.

It was indeed Bourgeois who led the men into the second transition after the gruelling 3h43m on the bike and he wasted no time getting out onto the 30km run, cranking through the gears and looking comfortable heading onto the first climb with Holbach 18 seconds back.

Seppe Odeyn had managed to close the gap over the final 15km of the bike to three minutes to the front two, but couldn’t get close enough to Ott to put his podium position under threat. There was no stopping Bourgeois taking the tape with a time just under 6h 4mins, Holbach just 26 seconds behind the champion, Ott 1m17s back winning bronze. Odeyn capped a great day with fourth, Baptiste Domanico of France finishing in fifth. 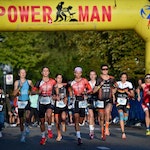 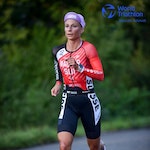 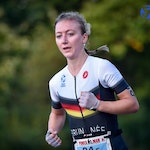 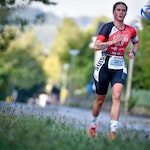 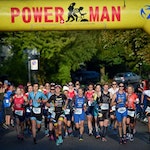 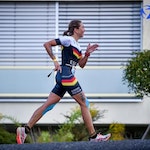 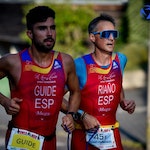 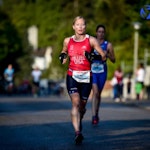 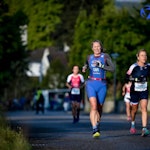 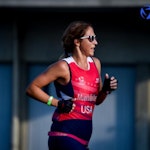 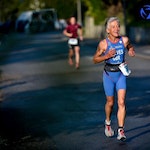 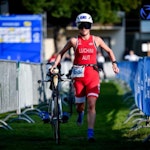