Jonny Brownlee comes back in style to claim WTS Edmonton 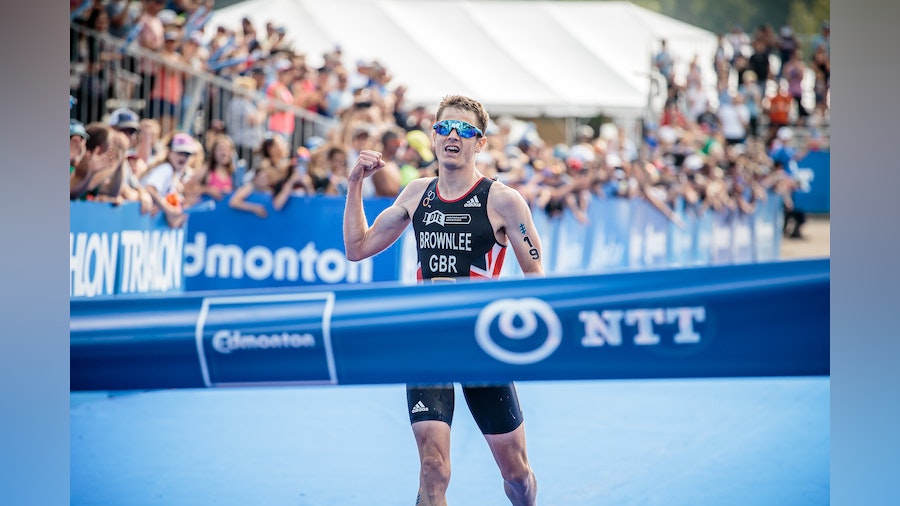 Saturday in Edmonton proved to be redemption day for one of the legends of the sport: Jonathan Brownlee (GBR). After quite a disappointing season with three WTS appearances and none of them finishing is positions that he is used to, the double Olympic medallist showed up in Edmonton ready to prove that he is still one of the favourites every time he lines up in the start of a race. And this time, the younger Brownlee delivered. Along with him on the podium were Mario Mola (ESP), back in form and ready to keep the fight for the World Title open, and Marten Van Riel (BEL), stepping on the WTS podium for the first time in his career.

The sun held on for another exciting sprint distance race this Saturday in Edmonton, Canada, and right out of the gates Vincent Luis (FRA), current Series Leader, surged out on the swim, even though he was quickly followed by Van Riel, Ben Kanute (USA), Brownlee and Matt Hauser (AUS).

The group, all strong on the bike, made an early statement and built up a 20 second lead in the first lap of the 20km bike course, but the large group of chasers was not willing to give up their options so early into the race.

The chasers in fact organised themselves quite quickly, and with strong bikers like Mola, Javier Gomez Noya (ESP), Fernando Alarza (ESP), Hayden Wilde (NZL), Tyler Mislawchuk (CAN), Jelle Geens (BEL), they worked together in order to keep the situation under control. Behind them, Jake Birtwhistle, another favorite of the season and Edmonton podium potential, came out far back on the swim and only made it to the second lap of the bike, riding alone, before calling it quits.

With the six leaders taking turns to maintain the breakaway, the troubles came to the large group of chasers at the end of the bike course. During the last lap of the bike, coming down the hill into transition, Reinaldo Colucci (BRA) and Stefan Zachaus (LUX) crashed while taking off their shoes resulting in a large pile-up that included Javier Gomez and Jelle Geens, leaving them out of the race.

The front pack started out on the run course with Matt Hauser trying to take an early lead before being falling back after the first kilometer. Jonny Brownlee looked in perfect form and in control of the situation, with Martin Van Riel following closely behind as they slowly increased their lead. With the two of them running almost together, it was the younger Brownlee who added an extra gear to leave Van Riel behind in the last lap and cross the finish line in the first place, his first win of the season.

“I knew I could do it. I knew I was doing well in training; I was just having bad luck after bad luck. It’s been tough but I finally won something”, said the British. “The swim was great and on the bike we really committed. On the run I was actually faster than I thought, and I felt really good. I’d be lying to say that it doesn’t hurt when people say he’s past it. But I know from my training that I am fit and I still believe I can have my best racing in the year to come. I am getting there now… It’s about time”.

Behind him, Mario Mola was on a mission looking for his 6th podium in Edmonton and started passing athletes one by one until only Brownlee was left ahead, to end up finishing in second place and enough to get him in the second place of the Series rankings. “The guys did amazing work in front. We did our best on the bunch to try and keep that distance as small as possible, but I knew if they had a good run, I would not be able to get them. I did my best. I am very happy with where I am at now. Time to get back to work”, said the Spaniard, who will skip the Tokyo test event to focus on the Lausanne Grand Final at the end of August.

All smiles, Van Riel managed to cross the finish line in the third place, his best ever result and the third consecutive podium in a WTS race for a Belgian. “I have been waiting for this my whole career, so I am super glad to finally catch it. I have been close (to the podium) but every time I fell a little bit short and today everything fell together,” he said. 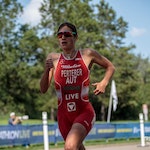 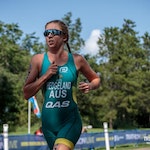 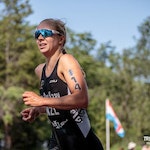 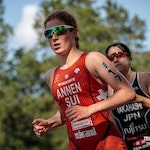 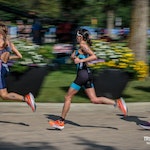 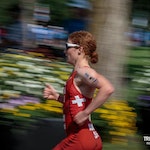 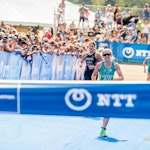 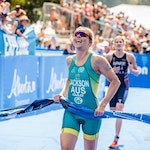 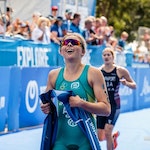 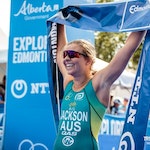 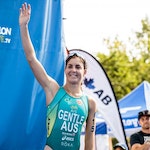 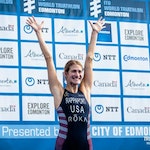