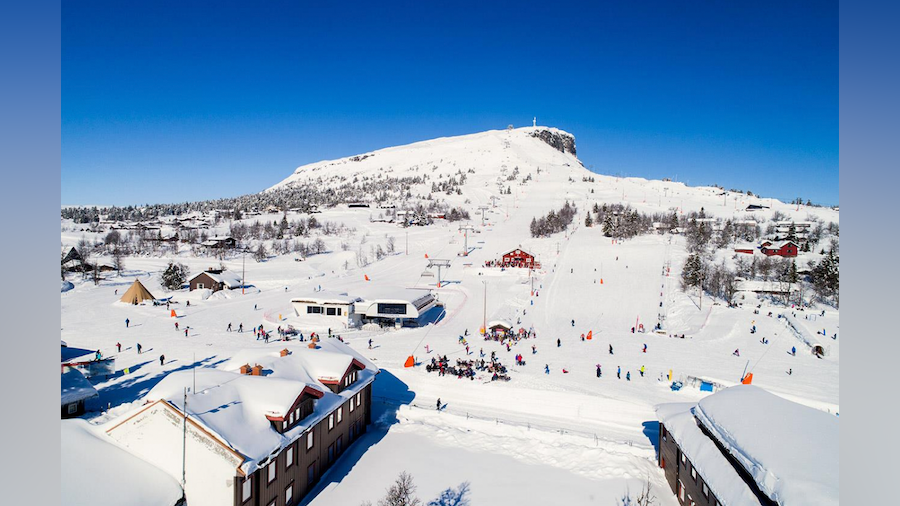 World Triathlon is pleased to announce that the 2023 World Triathlon Winter Championships will take place in Skeikampen, Norway, from March 23 to 26. The magnificent cross-country ski resort, 45 minutes away from Lillehammer, will host the Junior, U23, Elite, Para triathlon and Age-group world championships of winter triathlon and winter duathlon, as well as the Winter Triathlon 2x2 Mixed Relay.

Skeikampen ski arena is located in an undeveloped forest area approx. 700 meters above sea level. The area is known for being snowy and the terrain is hilly and has varied trails. A short light trail has been built between the center of Skeikampen and up to the arena. The trail network is 11km long, and there are various shortcuts on the slopes, which makes it a perfect scenario for winter triathlon.

“I am really excited to return to Norway after so many years, and to host our Winter Triathlon World Champs in a country with such a great tradition of winter sports. In the last years we have seen the full support of Norway’s Triathlon Federation for winter triathlon, and many Norwegian athletes shining and on top of the podium of the sport, and is great to see that this support is now taken to the next level, organizing our top-tier event”, said World Triathlon President and IOC Member, Marisol Casado. “The region of Lillehammer has shown their support for all winter sports multiple times, and I am convinced that our athletes, friends and families will have an excellent event in Skeikampen, and many spectators will discover our sport for the first time”, she explained.

The format of the 25th anniversary of the Winter Triathlon World Championships will be similar to last year, with the Elite, U23 and Junior athletes doing the usual 8 km run on the snow, 14 km of MTB also on the snow and 12 km of cross-country skiing. But they will have to do five transitions, two laps of each section, meaning that the athletes will start with the run, then they will jump on their bikes for 7km and get on their skis for 6km, and then start all over again before crossing the finish line.

For the Age Group and Para athletes, they will perform as per usual, doing only half of the distance and the usual two transitions before crossing the finish line. The 2x Mixed Relay will consist of teams of one male and one female athletes from the same country, doing two sets of 1.1km run, 2.2km bike and 2.2km ski each on each lap.

Skeikampen will also see the second edition of a new format: the Winter Duathlon
World Championships. The Elites, U23 and Juniors athletes will compete over a sprint format with 2 repetitions of run/bike/ski segments before crossing the finish line. Age-Groupers and Para athletes will also compete over a sprint distance realizing consecutively the run, bike, and ski segments.

This will be the third time that Norway hosts the winter triathlon World Championships, after Sjusjoen, near Lillehammer, crowned the champions in 2006, and Eidsvoll, close to Oslo, did the same in 2010. Lygna hosted the European Championships in 2010 and two world cups the following years, while Hollmelkollen and Sjusjoen have hosted multiple times a World Cup in the past.

The County of Innlandet, where Skeikampen is located, has always been a center of wintersports in Norway, as well as an international arena with the 1994 Lillehammer Winter Olympics as the highlight of interest and resources. Gausdal Municipality, neighbor of Lillehammer, is with its famous Skeikampen area a growing tourist location and a all-year-round destination located approx. 45 min from Lillehammer.
Skeikampen is well situated in the heart of Norwegian sports, with some of the Olympic cross country gold winners partly living and training in the first-class slopes and tracks in this winter wonderland.

Bergen Triathlon Events with its owners Bergen Triathlon Club and Åsane Cykleklubb in collaboration with the Norwegian Triathlon Federation take the initiative to lift this winter location in the mountains among the major sports organizers.

The winter triathlon festival will be streamed all over the world through TriathlonLive, giving the event unparalleled exposure.