With the aim set in the PanAmerican Games, to be held next summer in Lima, PanAm Sports organized in Santo Domingo its latest Athlete Development Training Camp in conjunction with Americas Triathlon and the International Triathlon Union. Almost three weeks of intense training that gave athletes from 18 countries the opportunity to learn from experience, to share moments together and also to compete at the Iberoamerican Championships.

Thirty-four athletes from 18 countries participated in the camp, meant to give athletes from Youth categories to Elite athletes and their coaches some skills and training tips to improve their performance ahead of the Pan American Games in Lima 2019 and also trying to identify talents to compete at the Tokyo 2002 Olympics.

The Camp was officially opened by ITU President and IOC member, Marisol Casado. “It is great to see, with all these young athletes here learning and working hard for their future, how the region can benefit from the support of our development programmes. We should all feel very proud of investing in our future, helping triathletes from all regions to achieve all their goals. I want to thank the Dominican Republic National Olympic Committee for their help on getting the camp organized and allowing us to use their facilities, and of course to CAMTRI for investing in those camps and Panam Sports for their support. I am sure that we will some some great athletes coming out of those initiatives”.

“It is great that we have the chance of giving so many athletes an opportunity like this one, and I really want to thank PanAm Sports for their support in getting this Camp organized”, said Liber Garcia, President of Triathlon Americas. “One of the main goals of the CAMTRI is to continuously support athletes coming from regions where our sport doesn’t have a great presence, or that they don’t have the support or the infrastructures needed to compete at the highest level, but previous experiences like this one have shown us that with a bit of support from our side, those kids can have a great future in our sport, and they deserve to be given that chance”, he explained.

Athletes and coaches spent almost three weeks in Santo Domingo, with the perfect training conditions for the off season. Main coaches and facilitators from the CAMTRI were Alejandro Cañas (ESP) and Hector Torres (USA). “We were able to train in the track, bike circuits and in open waters in the beaches of Santo Domingo, so we had the chance of touching all areas” said Cañas. “We had athletes of different levels and skills, but it is great to have the chance of letting them know how others train and race, so that they can learn from experience and just by sharing moments with colleagues that have a similar background”, he explained.

Athletes selected to participate in the camp were coming from Developing nations in Central and South America, as well as the Caribbean region, including triathletes from Panama, Puerto Rico, Guatemala, Jamaica, Bolivia, Cuba, Dominican Republic, Uruguay or Colombia, among others. After all of the participants competing in the Iberoamerican Championships, the first week of the Camp was focussed on evaluating the athletes and their capabilities, with all of them doing tests of running, swimming and biking, while the second week was focused on technical skills.

“The idea was to have the young athletes sharing experiences with the more experienced ones so that they can have a real taste of life as a professional triathlete. Another of the goals was to get the young triathletes used to the international training calendar, so that they can be ready for the next ITU season, starting in February”, said Torres.

“This has been an amazing experience for me and for all the athletes participating”, said Juan Manuel Córdoba (Costa Rica), one of the athletes selected for the Camp. “I’ve learned so much during these past weeks that I feel empowered and able to keep on growing. Just to had the chance of competing at the highest level when I’m only 16 means so much for me that I can only thank the CAMTRI, ITU and the two head coaches of the camp, Alejandro and Hector, for all that we’ve learned here”, he said.

For Daniela Clara Vega (Cuba), the best experience has been “to had the chance of sharing these moments with athletes from many other places in the world, and see different ways of coaching and training, so that we can improve how we train back home”. 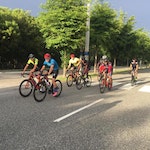 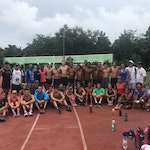 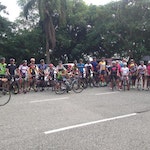 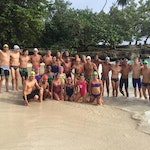