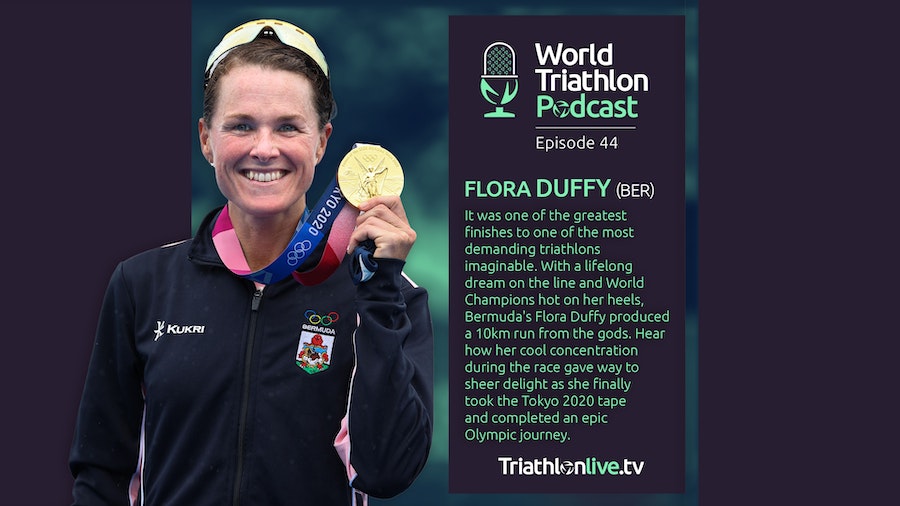 The journey to becoming Olympic Triathlon Champion at Tokyo 2020 was a long one for Bermuda’s Flora Duffy. That she achieved her lifelong dream at the fourth time of asking underscores the resilience that has marked the career of one of the greats of the sport. That she did it with the pressure of her home country yearning for its first Olympic gold medal in history as well as her own fierce desire, and in such emphatic style, is the sign of a true great.

In the latest episode of the World Triathlon Podcast, the newly crowned hero of Bermuda reveals the stresses and strains of fighting for an Olympic title on a technically demanding course in the aftermath of a typhoon, and how the outpouring of congratulations afterwards, including a message from Hollywood superstar Michael Douglas, has fired her up for another storm: of interviews and interest on a scale she has never seen before.

Download the episode from your preferred platform including Apple, Google and Spotify or listen below.