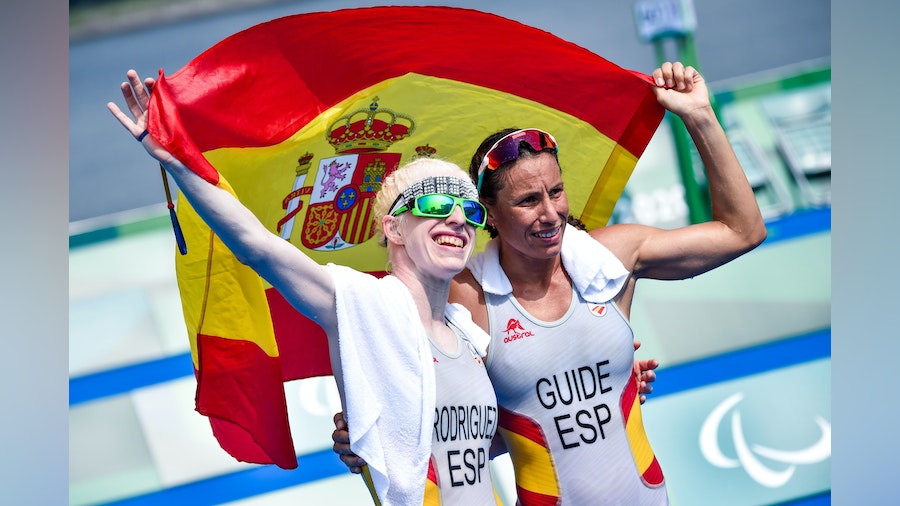 A doctor of physical medicine and rehabilitation, a World Champion and now a Paralympic Champion, Spain’s Susana Rodriguez was born with albinism that caused bad eyesight which deteriorated rapidly, but the condition has only turbo charged a determination to challenge herself as much as possible in life.

Her preparations for Tokyo 2020 took a big diversion last year as she took to the front line in the fight against COVID-19 in her home town. The situation also brought with it another massive consequence: self-doubt as to whether she should continue to pursue her lifelong dream of Paralympic gold.

It was in late 2020 that a sports psychologist gave her the fresh perspective she needed and helped her kick on towards realising that goal. Training was the toughest and most intense of her life, but exactly what was needed to prepare for the ‘emotional and physical bomb’ of the Paralympic Games.

“I always set difficult goals and I don’t mind how hard I have to work to achieve them,” she explains on the latest edition of the World Triathlon Podcast. “Getting the gold in Tokyo has shown me one more time that when you work hard towards something you can get there.”

You can listen to the full episode on the usual platforms including Apple, Google and Spotify.

—
The cover of the 19 July edition of TIME magazine was an homage to four athletes heading to the Tokyo 2020 Paralympic and Olympic Games. As well as Naomi Osaka, Allyson Felix and Sue Bird was para triathlete Susana Rodriguez, arms folded, Spanish tri-suit on, doctor’s stethoscope around her neck.

It is an image every bit as striking as the stories the 33-year-old tells of her journey from Rio 2016 disappointment through to the dual mental and physical demands of studying to become a doctor and the training required to become a World Champion.

“I had some challenging years between Rio and Tokyo doing my medicine speciality and trying to train as a full time athlete. When someone decided that it was worth putting that on the cover of Time magazine it was surprising, because for me it was just my normal.”

“Now, when I look back on it I realise what I did was quite challenging. It is also nice to have a Spanish doctor on the cover of this magazine as recognition of the healthcare professionals that are still battling the pandemic.”

Navigating her course towards qualifying as a doctor, finding the doors that would open and those that remained firmly shut, was never going to be straightforward. Susana’s condition meant that she had faced obstacles from childhood, and the subsequent desire to prove herself as well as others what she was capable of ensured there was never any thought of turning round.

“Of course there were difficult times, and when you are younger or do new things you face barriers. You have to always do a bit more than others just to show you can do the same as them. There were difficult times, especially as a teenager. The most challenging thing about albinism isn’t always the visual impairment but the physical appearance… but I had a very supportive family and some very supportive friends and that gave me confidence and helped me to believe in myself.”

From the punishing preparation schedule pre-Tokyo to the unique preparation for racing that comes with being a blind athlete, an hour in the company of Susana Rodrigues is time well spent, and you can listen to the full episode below.