The ITU Long Distance Triathlon World Championships have never been for the faint of heart. At triple the Olympic distance, they are the survival of the fittest. But this year’s ITU endurance world titles have an added challenge, they are smack bang in the middle of the Nevada desert in Henderson.

Just outside one of the world’s entertainment capitals of Las Vegas, the battle for these elite world championships will be decided over a 4km swim, at the Lake Las Vegas resort. Then it’s onto a 120km bike ride through the Lake Mead National Recreational area, that includes more than 7000 feet of climbs. It all finishes with a 30km run that has an additional 2000 feet elevation gain.

Elite Men’s Preview
Defending champion Sylvain Sudrie (FRA) is back and aiming to become the fourth man to win consecutive ITU long distance world championships. Belgium’s Luc Van Lierde was the first to do it, in 1997-1998, before Denmark’s Peter Sandvang won three consecutive titles from 1999 to 2001. Most recently, it was Sudrie’s compatriot Julien Loy who won gold twice in a row, in 2007 and 2008.

But overall, it’s tough to pick who might have the form in a race packed with talent. For one, Loy is back and aiming for his third crown, and also in the mix is current European long distance champion Miquel Blanchart. Germany’s Michael Raelert might have missed Kona through injury this year, as his brother Andreas Raelert ran into second behind Craig Alexander, but before then he was on record-breaking 70.3 pace. He’s also coming off a 70.3 win in Austin, Texas, last week.

American Jordan Rapp, who won Ironman Canada in August, marked a triumphant return after a car crash that left him with serious injuries in 2010. Rapp’s cheersquad will also be familiar to ITU fans, he’s married to Canadian Jill Savege. Savege is a multiple World Cup winner and Pan Am Games gold medallist and now a mother, after the couple had their first child in June this year.

Elite Women’s Preview
Reigning champion Caroline Steffen (SUI) is also back to try and defend the title she won last year, but last year’s Kona runner up will have to compete against a stellar list of women in Henderson.

No doubt Leanda Cave will be keen to get herself, and Great Britain’s women back on top of the ITU podium. Before Steffen’s win last year, GBR had won the previous four ITU long distance titles thanks to Cave, Chrissie Wellington, Jodie Swallow and Bella Comerford. Cave - who was also crowned ITU Triathlon World Champion in Cancun in 2002 - is on the start list again this year.

Others aiming to take the title off Steffen will be current European women’s champion, Camilla Pedersen (DEN) and the runner-up Michelle Vesterby (DEN). Hungary’s Erika Csomor claimed silver back in 2007 in this event and is also a world class duathlete, claiming bronze in the 2011 ITU Powerman Long Distance Duathlon Championship in Zofingen earlier this year.

But the real battle for Steffen could be the one from another rising long distance star Mary Beth Ellis (USA). Ellis completed three ironmans in eight weeks earlier this year, and won them all, including breaking Erin Baker‘s 21-year old race record in Penticton, Canada. Ellis also raced at Kona, but finished 15th.

The 2011 Henderson ITU Long Distance Triathlon World Championships get underway when elite men’s wave starts at 7am (local time) on Saturday November 5, followed by the elite women’s wave from 7.05. 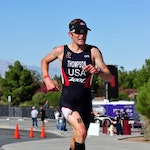 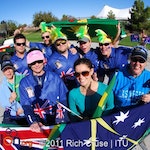 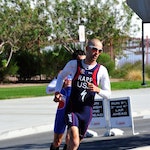 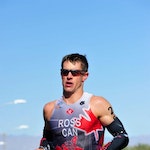 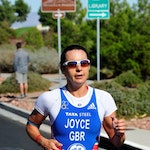 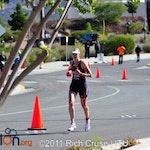 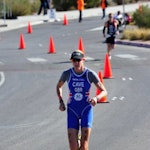 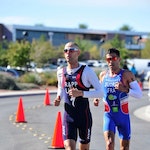 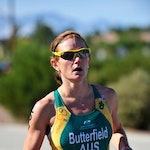 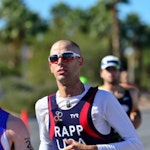 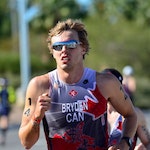 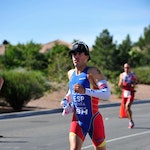