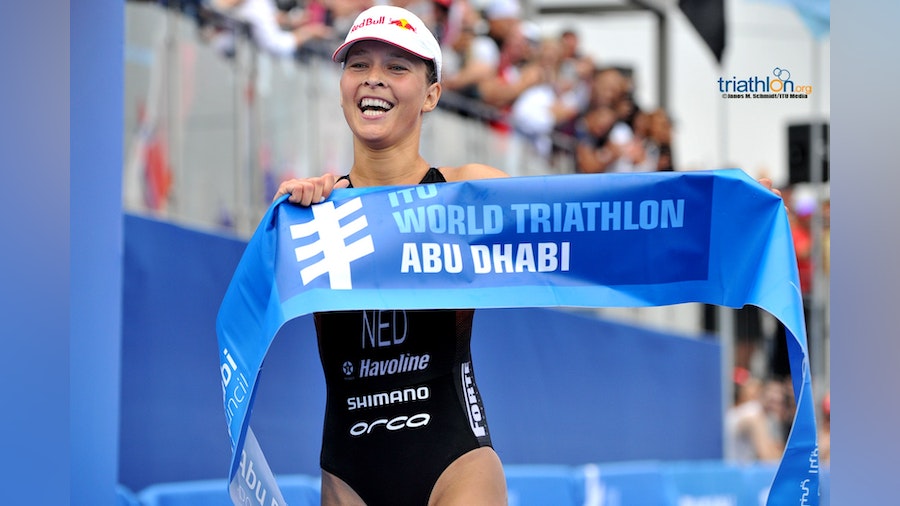 After a smart and conservative race strategy that brought her through the swim and bike, Klamer gave everything she has on the final lap of the run to earn the gold medal and her first WTS victory of her career.

“I am so happy, there was no way I was expecting this. I have to say I was quite scared on the bike because the last few months I have been training on only straight roads and didn’t do any corners. There was a lot of women crashing so I just decided to take it easy, ride hard, but just go easy through the corners. I ended up sitting behind a couple crashes, which wasn’t smart so I had to chase one whole lap to get back to the front pack. But I am happy I stayed on my bike. When we started running I tried to focus on my breathing because normally at the start of the season I often get side stitches. I stayed at the back of the back on the first lap, but on the last lap I thought I would just give it a try,” said Klamer.

The silver medal went to Great Britain’s Jessica Learmonth, who added another silver medal to her belt after taking second in Stockholm last year. The medal gives the Brit good standing going into her last month of training before the Commonwealth Games in Gold Coast in April.

“With it being the first race I thought, well if I have a bad race at least I have a month until to try and recover for the Commonwealth Games. Likewise, I have always done well here, but we still have a month to go and I have a lot of training to prep for it, but it gives me a bit of confidence and we will see what it brings,” Learmonth said.

Third place went to Aussie Natalie Van Coevorden, who earned her first-career WTS medal from a close photo finish at the line.

Going into the race, the women’s line up was stacked as eight of the top 10 world ranked athletes were included in the start list to take on the sprint-distance course. Rainy conditions carried on in the desert from the men’s race as the women jumped from the pontoon to start off their 2018 season.

The short 750 metre swim was led by Learmonth, making it the ninth time she has been the WTS swim leader. Returning World Champion Flora Duffy and USA’s Summer Cook were trailing right behind.

However, due to the slippery conditions from the rain, some athletes saw some crashes on the bike that resulted in them needing to pull out of the race, such as was the case with Duffy, Zaferes and Joanna Brown (CAN).

Entering the final lap of the bike the lead group tallied six women, who would face off in a running race for the podium.

The large chase pack that had names such as Non Stanford (GBR), Vicky Holland (GBR), Andrea Hewitt (NZL) and Ashleigh Gentle (AUS) could not make any ground and entered T2 with a large deficit of over a minute.

Once onto the run, a foursome emerged to battle it out for only three podiums spots. Klamer, Kasper, Van Coevorden and Learmonth ran side by side during the first 2.5 kilometres of the race. It wasn’t until the final lap that Klamer found her edge and sprinted ahead of the group. While Learmonth tried to keep up and put the pressure on, once Klamer hit the one-kilometre mark the gold was as good as hers.
She carried herself onto the blue carpet to grab the finisher’s tape for the very first-time in her career, becoming the first elite of men or women from the Netherlands to step onto the top of the WTS podium.
Learmonth followed shortly behind to take the silver, collecting her third WTS medal of her career. A battle for third place saw Kasper and Van Coevorden sprinting it out on the carpet, but after a photo finish, the bronze was awarded to Van Coevorden.

“I am really happy, it hasn’t really sunk in yet. I can’t get this smile off my face. Today was a bit of a struggle out there, I just tried to keep myself out of trouble and do things I knew I could do really well and it paid off in the end,” Van Coevorden said. 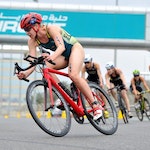 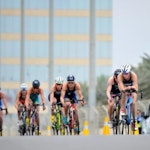 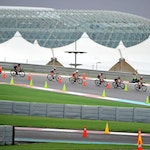 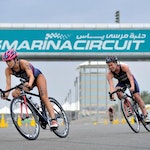 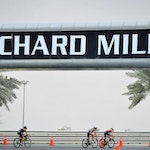 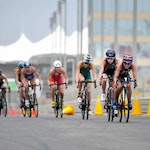 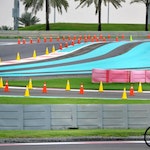 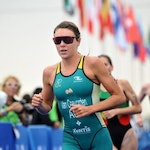 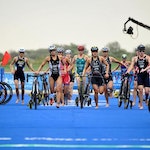 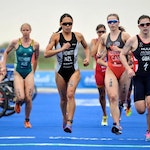 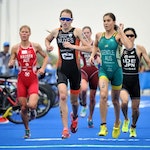 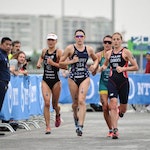