The 2015 ITU World Triathlon Series (WTS) will get off to a scintillating start come this Saturday when the world’s fastest athletes line up for a speedy splash and dash sprint race in Abu Dhabi. The Abu Dhabi event marks the first time ever that a WTS race will be held in the Middle East. Reigning World Champions Gwen Jorgensen (USA) and Javier Gomez Noya (ESP) will headline a stellar field of athletes that includes nine of the top 10 ranked men and six of the top 10 ranked women. Starting from the beach, athletes will swim one lap, bike four and run two in search of the first WTS points of the year. Women’s Preview
There’s no easing into this year’s WTS races with the likes of Gwen Jorgensen and compatriot Sarah True (nee Groff) toeing the line. Ranked first and second in 2014, the Americans will start as the ones to chase. Dangerous over a standard distance, both women can also turn up the speed necessary for a sprint podium finish.

After sustaining injuries for several years, Kirsten Sweetland (CAN) roared back into action at the sprint race in Hamburg last year when she duked it out for bronze. The always consistent Andrea Hewitt (NZL) grew stronger with every race in the 2014 season, stepping on the podium on the sprint course in Stockholm and having just missed it in Hamburg.

But last season’s results have little to stand on, as Abu Dhabi is the first race to test out heavy winter training blocks. Add in warm temperatures and potentially high winds, and it could just be a recipe for new faces to cross the finish line first. Men’s Preview
With nine of the top 10 ranked men from 2014 on the Abu Dhabi start list, the opening race of the men’s season is sure to be blistering. While Javier Gomez made history last year when he became just the second athlete to be crowned World Champion four times, he also missed out on a medal at every sprint race.

Jonathan Brownlee (GBR) and Mario Mola (ESP), however, have repeatedly proven tough to beat down the finish chute of a 5km run. Also expect Richard Murray (RSA) and Joao Pereira (POR) to mix it up, while the likes of Alessandro Fabian (ITA), Vincent Luis (FRA) and Sven Riederer (SUI) are more than capable of factoring on the back half of a sprint race.

A non-wetsuit ocean swim could help Brownlee and Gomez snag an important advantage on the swim over Mola and Murray. The London Olympic medallists are as strong on the bike and run as they are on the swim, meaning if they hit the first transition first it will be difficult to reel them in.

As in the women’s race, a number of rising starts will line up in Abu Dhabi including Under23 World Championship medallists Dorian Coninx (FRA) and Gordon Benson (GBR). After enduring an injury most of last season, David Hauss (FRA), who finished fourth at the London Olympics, could also impact the podium.

The women will get the 2015 World Triathlon Series underway at 3pm on Saturday March 7, while the men will follow at 5pm local time. Follow all of the action live at triathlonlive.tv and on twitter @triathlonlive. Trifecta returns this year with new features. Create a new login and pick your favourites now at trifecta.usatriathlon.org. Click here for international start times for the women and men. 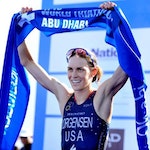 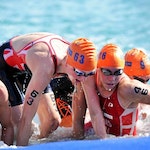 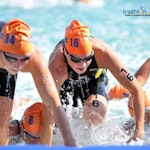 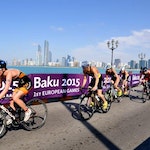 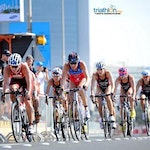 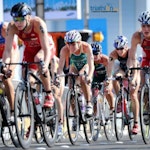 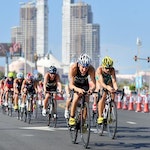 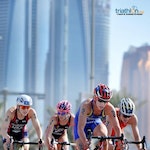 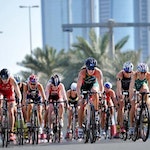 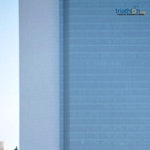 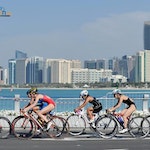 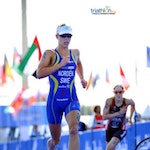