Ruben Ruzafa (ESP) and Flora Duffy (BER) were crowned the king and queen of the rough and tough on Saturday after winning the 2015 Sardegna ITU Cross Triathlon World Championship. Conquering one of the grittiest and grimiest races of the season, Ruzafa was named World Champion for the second consecutive year, while Duffy earned the gold for the first time.

Women’s Review
After earning only the silver in Zittau last year, Flora Duffy set out to claim her first World title with a mission of authority, and after her performance in Sardegna, her mission was finally deemed successful. Joining her on the podium was ITU multisport newcomer Barbara Riveros (CHI), who took silver, and Brigitta Poór (HUN), who took the bronze.

Duffy commanded the race right off the bat after taking an early lead in the swim. With an advantage of nearly 1:30, she was first to exit the waters. Riveros followed in the second position, with South African Carla Van Huyssteen not far behind.

Struggling through the first transition, Van Hussteen lost time in the zone and was unable to hold onto a top placement.

Putting her strongest discipline to the test, Duffy was able to increase her lead to over two minutes on the bike. Cruising through the mudslinging off road tracks, the Bermudian seemingly remained untouched so far in the competition with only the run left before she was able to secure her crown.

While Duffy worked alone on the bike, Riveros, Poór and Carina Wasle (AUT) toughed it out together.

Germany’s reigning World Champion Kathrin Müller entered the day in the hopes of reclaiming the title she won in 2014. But after the bike, it looked as if the day would end without any second chances as she trailed by a massive gap of 13 minutes behind Duffy.

It was the run that eventually determined the tough from the tougher. While the trio of Duffy, Riveros and Poor had worked to put themselves into the 1,2,3 positions, it was up to them if they could hold out on the run to grab the podium that they had worked so hard for.

Duffy carried out the fastest run split of the day right into the finish line to secure her the World Championship she was longing for. Riveros also secured the silver after delivering a swift run time, which catapulted her into the respect lines of the multisport world. Using the momentum of the lead she built up from the bike, Poor was able to finish the day in third.

Dominating in the swim was Gemany’s Jens Roth, exiting the waters with a 22-second advantage.

Ruzafa’s day looked like the sights of a repeat championship would be over before it even began after he finished the swim and headed into the second transition down by almost a two-minute deficit. But showing no mercy to the mud and muck of the off road track, he pushed out a blistering first lap on the bike to blow by the competition and catapult him into the first-place position.

Also mastering phenomenal performances on the bike, Seranno and Francois Carloni (FRA) stuck together to remain in second and third.

Declaring it was his final cross triathlon World Championship, ‘The Caveman’ Conrad Stoltz (RSA), who is a three-time World Champion, unfortunately had to settle with officially handing down the multisport torch to the next generation. He exited the waters down by nearly two minutes and was unable to close the gap throughout the rest of the race.

Entering into the run, Rufaza managed to secure a comfortable lead. But the swift split from Serrano put nervous pressure on the reigning Champion as he gained on the Spaniard heading into the final kilometres. With the gold looking like it could come down to the wire, Rufaza was able to showcase one final ounce of effort to ultimately put enough space between Serrano and cross the finish line to receive his gold.

Serrano followed behind for the silver medal just a mere 26 seconds later. Osborne then came in to claim the final spot on the podium, after basking through a strong run to pass multiple competitors and eventually take the last piece of hardware. 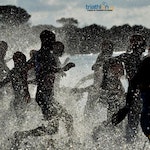 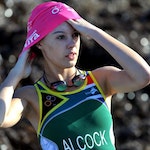 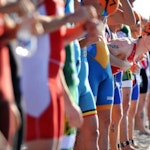 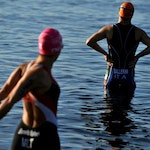 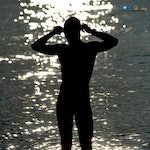 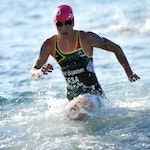 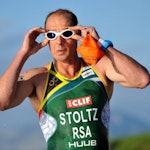 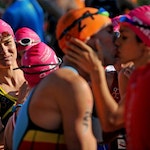 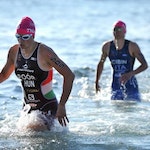 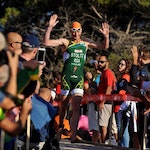 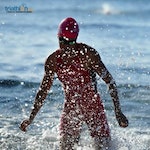 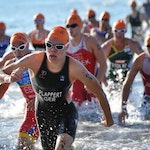