The 2018 Cross Triathlon World Championships boasted strong fields of elite contenders, across both men’s and women’s races, as they battled it out for the prestigious World Championship honour. Spain’s Ruben Ruzafa and Great Britain’s Lesley Paterson claimed the gold medal and World Champion status, in their respective races, with commanding performances.

Men’s recap
The elite men’s Cross Triathlon World Championship race started in the depths of Svendborg Harbour and saw New Zealand’s Sam Osborne and Frenchman Brice Daubord set the pace to lead the men out of the water and into the first transition.

As the elite riders hit the mountain bike course, they were faced with various terrain to attack and it was Osborne, Daubord, Ruzafa and South Africa’s Bradley Weiss who worked together, across the gruelling technical sections of the course on Danish soil.

Ruzafa pushed hard and eventually broke away in the final stage of the bike course. This bold surge allowed him to open up a 2-minute gap on the field as he led the way onto the run.
As the Spaniard raced out of transition he glanced over his shoulder, ensuring he was fixed in lead place and determined not to repeat last years performance where the title was snared from him, in the final leg of the race by Mexico’s Francisco Serrano.

“It means a lot to me, because last year it was hard to get second. I worked hard to win this year and it means a lot to me and to have my family and everyone else supporting me,” said Ruzafa.
Osborne, a renowned specialist across all three cross disciplines, motored onto the run course however didn’t quite have the legs to chase down Ruzafa.

In a commanding style Ruzafa crossed the finish line claiming victory and the World Champion accolade. Today’s result marks the fourth World Championship title for the Spaniard.
“Denmark is incredible. Beautiful! Where I stayed, the people - everything. I hope to come here again!” the World Champion said.

Osborne produced a remarkable performance to claim the silver medal at the 2018 Cross Triathlon World Championships. The Kiwi was thrilled with his race result.

“It’s massive! I was third a couple of years ago, so to get one better and to get on the podium at a World Championship, is an incredible feeling,” Osborne said.

The bronze medal was presented to a proud Daubord, who displayed a monstrous swim, bike and run combination. The Frenchman was elated with his third place on the podium at the World Championships.

A smaller yet experienced field of cross triathlon specialists lined up for the elite women’s Cross Triathlon World Championship race in Svendborg, Denmark.

Out on mountain bike the British triathlete, Lesley Paterson, was proving she was the force to be reckoned with, storming across the challenging course as Peroncini and Walters worked hard to keep up.

Paterson charged into transition and dominated the final stage of the cross triathlon course.

“My goal was to swim as hard as I could because I knew I had to get out in a group to get onto the trails and I got out exactly where I wanted to. On the bike, my goal was to get in front on the single-track and try to set the pace - and that’s exactly what I did! I knew my running was strong, so coming into transition I knew I just had to get my game face on and just keep on going,” said Paterson.

An emotional Paterson celebrated the victory as she crossed the finish line and was presented with the 2018 Cross Triathlon World Championship tribute.  “It’s amazing! I’ve been through a lot in the last five years so to be feeling good and with all the supporters at home and my family here is incredible. To be out there with these awesome competitors on a wonderful course - it was amazing!”

It was almost a clean podium sweep for the British cross triathletes today as Walters sprinted across the finish line to be awarded with the silver medal. “This is such a special feeling, the course, crowd and race was fantastic,” said Walters.

Peroncini displayed an outstanding, resilient race and galloped across the blue carpet to come away with the bronze medal. “I am so happy,” Peroncini said.

Over 300 cross triathletes competed in the Cross Triathlon World Championships across the under-23, age group, junior and para categories, in search of World Championship respect and personal best performances. 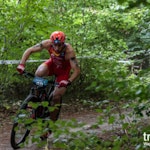 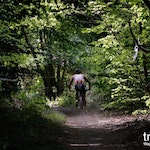 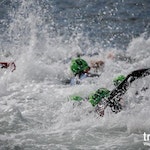 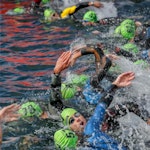 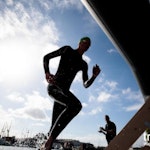 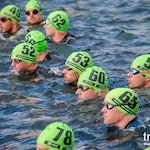 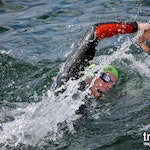 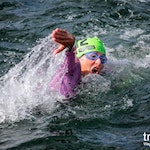 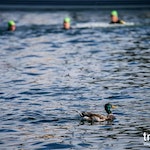 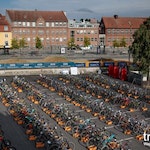 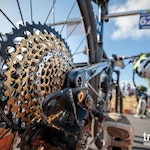 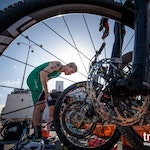