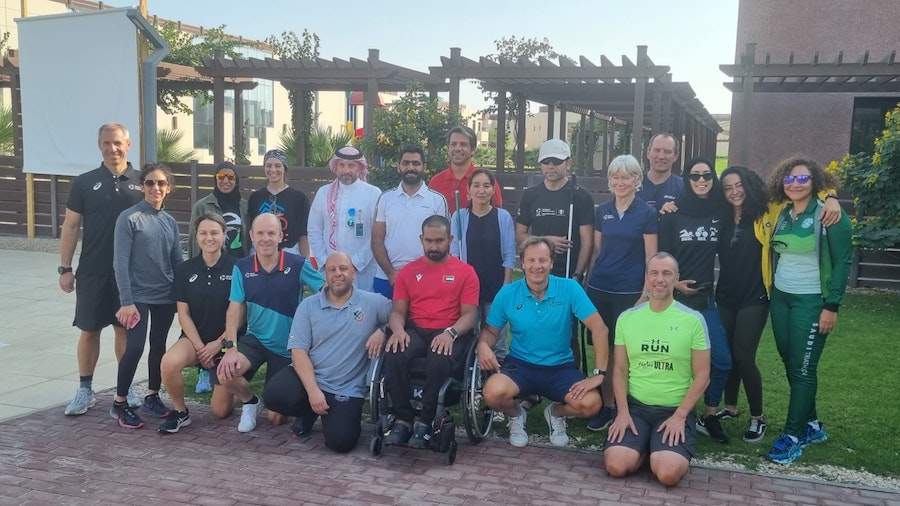 World Triathlon and the Saudi Triathlon Federation have organized the first-ever Para triathlon coaches’ certification and development camp in the region, a camp hosted for three days in Al Khobar (Saudi Arabia) and with participants from six countries.

This Para triathlon coaches certification course has offered the opportunity to countries in the West and Central Asia regions to send participants who wanted to get a certification in para triathlon coaching, as well as for athletes to go through practical sessions to improve training techniques, learn about equipment, classification and how to get involved in international competition.

For three days, athletes and coaches from Lebanon, Kuwait, Jordan, Kyrgyzstan, UAE and Saudi Arabia have shared best practices, coaching techniques and discussed how to promote and offer engagement in their regions, with the goal set on increasing the number of countries practicing Para triathlon.

World Triathlon would like to thank the Saudi Federation for their incredible support and assistance for this event as well as the International Paralympic Committee for the grant they provided to have financial viability.

“We are absolutely delighted with this event, it proves the potential of para triathlon to grow in our region. Our National Federation is committed to providing para triathletes and coaches more opportunities, with the long-term goal of having athletes representing our country at the Paralympic Games, and the support of the community has been outstanding. We at the Saudi Triathlon Federation are looking forward to continuing our growth, organizing more events, and supporting athletes and coaches in their careers”, said Ali Magboul, President of the Saudi Federation.

“I want to thank the Saudi Federation for their commitment and support for this initiative, the first one we’ve ever done in this area, but surely one that will be a reference in the future. It is key for us to support and grow our sport in regions where para triathlon is not yet so big. This camp has been the first of its kind, but I am sure that this will be a path to follow”, said World Triathlon President and IOC member, Marisol Casado.

“It is a pleasure and an honor to have been part of the first Para triathlon education course for coaches here in Saudi Arabia”, said French Para triathlete Yannick Bourseaux who was one of the facilitators. “This is a great opportunity for the country to be aware of the development of para triathlon. I hope these activities will increase the visibility of sport all around the world and we will have more para triathletes at our events”, he said. The other facilitator Neil Macleod, was very pleased to be part of history with the first course for coaches in para triathlon and believes this will be a seed for the growth of the sport in the region and hoped the participants’ expectations were met and to continue contributing to expand para triathlon.”

“I am so glad to have participated in this camp, it is a completely new experience for me”, said Lebanese attendee Ramona Khalifa. “It is great to see how they do things differently in other countries and learn from that”, she said.

The feeling was shared by PTWC para triathlete from the UAE Abdulla Alghafri. “I have learned many things, how can I improve as an athlete or be a coach in the future for the next generation of athletes, to try to develop other athletes in my country”, he explained.

Young athlete Raneem Alfaraidy from Dammam (KSA) said she never thought she could participate in a triathlon but after these sessions, she realized that one day she may be able to do so. 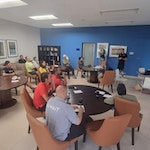 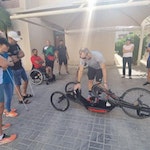 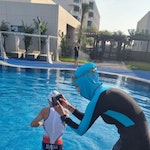 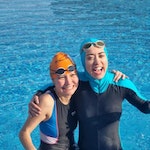 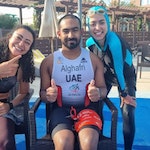 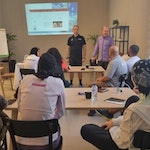 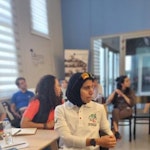 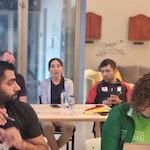 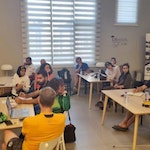 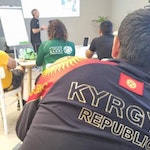 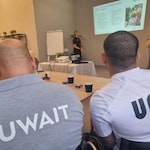 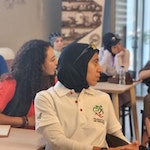