PTVI
What a week has been for Spaniard Hector Catala Laparra, adding the title in Banyoles to the World Champion he got just one week ago. For Catala, the two victories and his second place in the Montreal WPS mean that he is mathematically qualified for Tokyo 2020 Paralympics. Behind him in the finish chute were Arnaud Grandjean (FRA) and USA’s Brad Snyder, who repeated the third place that he also got in yokohama WPS this season.

In the Women’s category, with the current World Champion Susana Rodriguez not present in Banyoles to prepare for the European Championships, it was Itailan Anna Barbaro who took the opportunity and broke the tape in 1h11’04’’, followed close by two American couples, Elizabeth Baker and Amy Dixon and their guides.

PTS5
Another local hero, Spaniard Jairo Ruiz, delighted all the spectators in Banyoles by claiming the title in the PTS5 category, just a week after finishing in a bittersweet 4th place in the World Championships in Lausanne. Ruiz, who was a bronze medalist in the Rio 2016 Paralympics, managed to recuperate the time he lost in the swim to cross the finish line just ahead of Brazilian Carlos Rafael Viana and José Abraham Estrada Sierra (MEX).

In the Women’s race, Kate Doughty gave the Aussies their second gold medal of the day in Banyoles, storming through the course around the idilic lake to claim the victory in the PTS5 category, almost two minutes ahead of Alisa Kolpakchy (UKR) and Kerry Large (GBR).

PTS4
Alejandro Sanchez Palomero gave the Spanish team another joyful moment by crossing the finish line in the first place in the PTS4 category. The current World Champion also secured a spot for the Tokyo 2020 Paralympics next summer. Brazilian Jorge Luis Fonseca finished in the second place, while a fantastic run gave Japanese Hideki Uda the third spot in the podium.

A perfectly executed race gave Japanese Mami Tani the gold medal in Banyoles, to redeem herself from the disqualification in the World Championships in Lausanne, and proving again that she is in a great shape after the Tokyo Test Event, in which she finished in the second place. She finished just ahead of Sally Pillbeam (AUS) and Spaniard Marta Frances Gomez, who made her first-ever paratriathlon race in Banyoles.

PTS3
Another World Champion, Daniel Molina, completed the Spanish gold medal collection in Banyoles, finishing the PTS3 Male race in the first race with a dominant swim, bike and run, and followed in the finish line by his teammate Joaquin Carrasco.

PTWC
Exactly a week after claiming her first-ever World Title, Australian Lauren Parker showed once again that she is one of the ones with more serious aspirations to be in the Tokyo 2020 Paralympics podium in a year time, performing a classy race that saw her leading out of the water, in the hand bike and in the wheelchair run. Spaniard Eva Maria Moral was close behind Parker after the swim, but Emily Tapp, twice World Champion, quickly chased her to cross the finish line in second place, leaving Moral in the third place, grabbing still some really valuable points in the Paralympic Qualification list.

In the men’s race, the event was clearly dominated by Alexandre Paviza, culminating a great season after his second place in Magog and his victory in Besancon, and giving him an extra motivation before heading to Valencia next week for the European Championships. Behind him in the finish line were Jumpei Kimura (JPN) and Nic Beveridge (AUS), back on podium positions after a disappointing season for the Aussie. 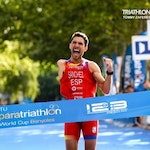 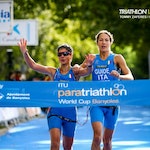 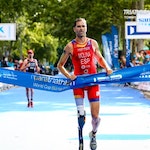 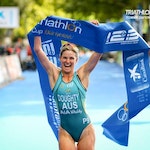 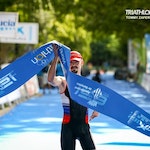 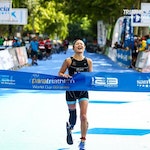 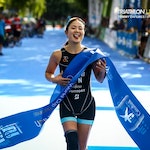 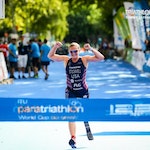 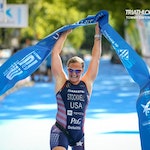 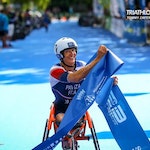 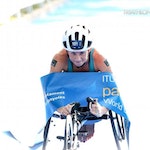 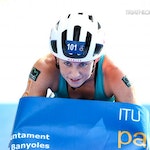