The wait was long, but it will have all been worth it when the men line up on the edge of Yokohama harbour to get this year’s World Triathlon Championship Series action underway on Saturday. The two first races of the new season - albeit at the end of last year - WTCS Hamburg and WTCS Abu Dhabi suddenly feel like a lifetime ago but could still have a big impact on the race to become 2022 World Champion. Jelle Geens and Vincent Luis’ one-two in the UAE felt like familiar territory after the rising German talents Tim Hellwig and Lasse Nygaard Priester had taken Hamburg by storm. The world title will be awarded in Abu Dhabi in November, but the points amassed and the markers laid down in Japan this weekend could prove vital. As always, you can follow every moment as it happens and watch back on demand over on TriathlonLive.tv.

—
Thanks to the consistency shown by his fifth-place finishes in 2021, wearing the number one on Saturday will be Spain’s Antonio Serrat Seoane, emerging from the shadows of Javier Gomez and Mario Mola with a point to prove and the skills to do it. Third fastest run in the season’s first races, if the bike packs come together over the 40km, Serrat will again be a big threat.

Eager to dictate the outcome from the outset will be French star Vincent Luis. Two-time World Champion, Olympic Mixed Relay bronze medallist, Luis looked back to his best in Abu Dhabi, despite being shaded by Jelle Geens over the closing stages. The flying Belgian sadly won’t be on the start line this time around, however, so the 2019 winner here will know that another gold could set the tone for his third title push.

Other notable absentees include Johnny Brownlee, Morgan Pearson, Mario Mola and Kristian Blummenfelt, but Marten Van Riel is the kind of athlete who only worries about what is in front of him, not who. So close to his first WTCS golds in 2021, the Belgian has shown he is just as at home over 70.3 and Arena Games distances as sprint and Olympic, and will relish this next shot at that as-yet elusive top spot on the podium.

Way down the start list wearing the #29 is Britain’s Alex Yee, recently crowned the first-ever Arena Games Triathlon Esport World Champion. The experience will have certainly sharpened his edge, but his place on the pontoon could see him need to summon every drop of the hard work he has put into the swim over the close season if he is to stay in close enough contention to deploy that potent 10km run power.

Another favourite will be New Zealand’s Hayden Wilde, Olympic bronze in Tokyo behind Yee, eighth in Abu Dhabi in November and winner of Arena Games Singapore a week ago, he will take his usual fearless attitude onto the start line and it will be fascinating to see where it gets him on a course he has raced just once before back in 2019.

But the list of podium potential is long. A two-time WTCS winner in 2019, Jacob Birtwhistle (AUS) knows all too well how to close out a race as does Tyler Mislawchuk (CAN), with both hunting for signs that they are back to their best form this weekend.

Add in names like Kevin McDowell and Matt McElroy (USA), Vasco Vilaça (POR), Kenji Nener (JPN), Dorian Coninx and Leo Bergere (FRA) and the list of potential medallists starts to look very long and the race even more wide open. Get ready for some outstanding entertainment.

WTCS Yokohama
14 May, 6am CEST
TriathlonLive.tv 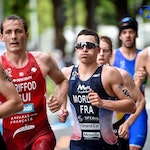 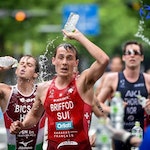 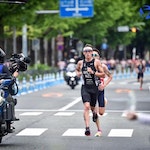 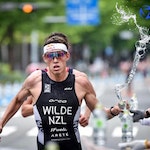 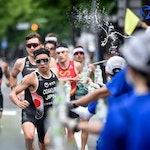 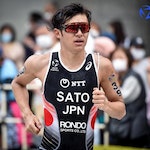 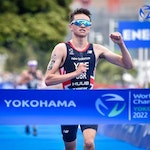 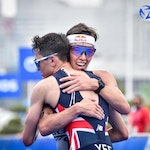 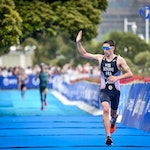 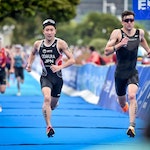 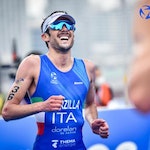 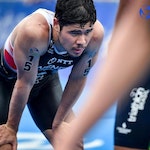