If we thought yesterday’s battle for silver in the women’s race was dramatic, then we were certainly not prepared for the proceedings on Sunday, as the men took the spotlight on Bilgah Beach for a stunning triathlon finale.

The wind was lighter and the sea calmer that the day previous as all 57 triathletes from 32 National Olympic Committees mounted the pontoon and waited eagerly to begin their winning campaigns.
Action came to a crescendo as 21 year old Gordon Benson (GBR) cruised to victory ahead of a largely senior field, following a heroic joint effort from his British teammates.

It was only after injecting even more speed into his characteristically swift run that Joao Silva (POR) hung onto silver after a hectic race that saw positions change intermittently from start to finish. Benson’s performance to become the first men’s European Games Champion safely booked Great Britain a spot in Rio 2016. His feat wasn’t without the help of his British teammates, Thomas Bishop and Philip Graves. The swim was unsurprisingly led by Richard Varga (SVK), who pulled with him a pack of five athletes, including Bishop, to pass through T1 and out onto the bike. From there, Bishop took the race into his hands and began to push the pace, causing the leading group to drop Russia’s Igor Polyanskiy and Dmitry Polyanskiy.

The chasing pack of around 30 athletes, led by Graves with Benson close behind, began to claw back the leaders; shortening the gap to only 20 seconds. Soon the pair were up with Bishop and could control the pace, with Jonas Schomburg (TUR) and Andrea Salvisberg (SUI) for company.

Varga looked to be drifting back slightly and at this point both Silva and Portuguese teammate Joao Pereira appeared to be putting on the pressure. The Slovakian held on however to be the first competitor out on to the run course.

With two laps of 5km to go, there was everything to play for. As expected, Benson took the race on, playing to his strengths in the final leg. Having done their part, Bishop and Graves drifted off the pace somewhat to leave the battle between Benson, Schomburg and Salvisberg. However, with the latter two having picked up 15-second penalties for transition errors, it gave Benson the opportunity to pull away. The Brit appeared to be in control despite a fast-approaching Silva, who was blasting by all of the men that broke away on the bike. Despite an impressive 30:25 10km run split, Silva ran out of room to run Benson down, as he eased across the line in 1:48:31 for gold while Silva took silver.

The home crowd were given another reason to cheer when countryman Rostyslav Pevtsov produced a storming 30:40 run to claim the bronze medal. Leaving T2 back in 38th place, his final leg catapulted him to the podium, marking a historic moment for Azerbaijani sport.

QUOTES:
Gordon Benson:
“I couldn’t have done it without Phil and Tom; they helped me out and it’s great to come here and deliver. We’re here as a team so we did what we came to do. I don’t know if there’s such a thing as a perfect race, but it was close enough.

“I knew I had a chance of winning when I got into the bike leg. The guys did such a great job putting me at the front; I had about 1 min 45 seconds advantage going into the transition.

“Rio is in the background at the minute. I’m still 21 and I’m just enjoying racing. We had a good honest race today and I’m happy to have come out on top.”

Joao Silva:
“It went more or less to plan. I was hoping to start the run in a big pack, but there wasn’t that opportunity. We stuck behind the first group but we weren’t able to catch them as we weren’t that organised. But I’m happy with the run and gave it my all.

“I think everyone comes into these races trying to do their absolute best and Gordon clearly did the same today.

Rostyslav Pevtsov:
“I’m very happy as I’ve worked hard for this and made sure I was prepared. I did my best and am proud for this result in my home country. It means a lot to me.”

Richard Varga:
“In triathlon, some people in excel in different situations and over the three different sports. I didn’t do too well in the heat today but I tried to just keep calm, go my own race and go as fast as possible.

“I wanted to create a gap at the start but the guys behind were too quick. Silva and Latin especially really surprised me over the last kilometre and I couldn’t find any more fuel in my legs to go with them.  But I’m pretty pleased overall with the result.”

All files by Emma Cluley 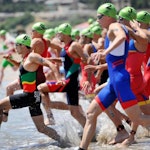 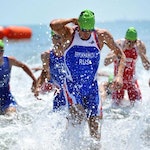 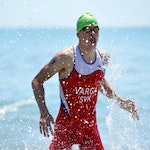 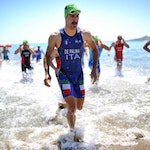 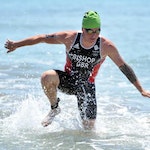 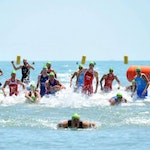 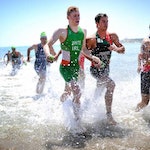 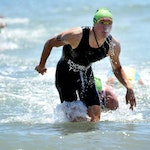 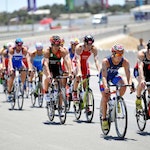 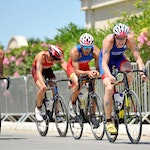 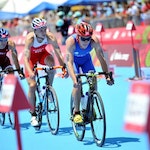 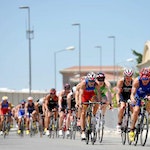