Germany returned to the top of the stadium for a final win at the 2011 ETU European Championships in Pontevedra, claiming gold in the dynamic elite mix relay event. The win, coming from Rebecca Robisch, Franz Losche, Sarah Fladung and Gregory Bucholz, gave Germany its third gold medal of the championships.

For the majority of the relay, Germany, Hungary and Italy battled for the win, jockeying back and forth in the No. 1 spot in each leg. However, as is the unpredictable nature of team triathlon, Ukraine made a tremendous last ditch effort to podium, claiming second place, while Italy grabbed third Hungary fell to fifth. Russia nabbed the fourth spot with a valiant final leg. “It is a great team result for us (at all of European Championships),” Robisch said. “We are very happy. Relay is very important for us. We are looking forward to Lausanne. We are European champs and we want to be world champs.”

Lead athlete Robisch quickly positioned her teammates at the front of the pack with solid swim and bike splits. As the second fastest runner on the course at the time, Robisch and Hungarian lead Zsofia Kovacs switched off to their team members at the same time.

Franz Losche took over for Germany, fighting off Hungary’s Akos Vanek with a speedy 2km run. However, Germany gained a new threat in Italy’s Allesandro Fabian, who sliced through the water to go shoulder-to-shoulder with the men. Losched owned a slight lead in the hand-off to partner Fladung, but Fladung confused the way to the water, allowing Hungary and Italy to pass her.

Charlotte Bonin gave hope to the Italian team momentarily with a smoking bike segment, but Bonin had nothing left in the thank to match Ukraine’s Yuliya Yelistratova run time. Ukraine, who was hovering in fourth place, took over the lead heading into the anchor, followed by Italy and Germany.

The deciding factor didn’t come down until the final run when Bucholz unleashed fury on the final lap of the run to leave Italy behind. Yegor Marynenko of Ukraine strained to maintain Bucholz’s speed, but couldn’t keep up in the final 200 meters, giving the win to Germany, while Ukraine took the silver and Italy settled for bronze.

In the Junior Team Relay, the first German team led the race until 2011 Junior European Champion Justus Nieschlag forgot to remove his helmet in T2, causing him to run back to his bike and return all equipment. The mistake allowed several teams to run ahead of him.

While Nieschlag recovered to second place by the end of his leg to trail behind Hungary, it was Great Britain’s Lucy Hall who proved to be the game changer in the event. A strong swimmer in a pivotal relay position, she exited the 300km swim with an insurmountable lead. Hall continued to increase her lead on the bike and run, giving her final teammate a healthy lead.

“I didn’t want to let anyone down. The guys gave me such a big lead. I just smashed it all the way. I just thought about crossing the line.” 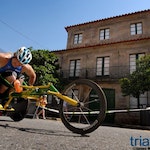 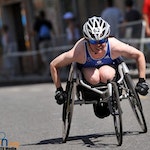 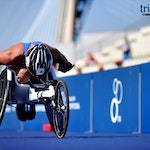 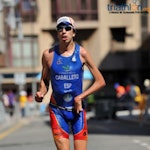 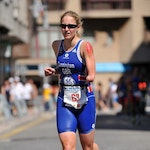 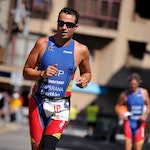 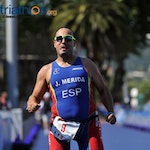 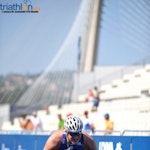 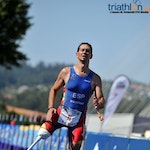 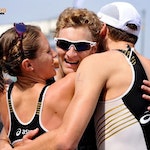 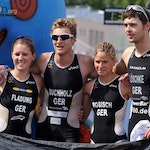 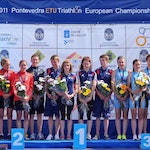 The International Triathlon Union, in consultation with the Chinese Triathlon…
Devonport, Australia, will raise the curtain on the 2020 World Paratriathlon…
Maxime Leboeuf (Canada) and Lovisa Modig (Sweden) were crowned champions at the…
more news →