Mark Allen’s triathlon story is one of perseverance and triumph, speed and endurance, road blocks and redemption. 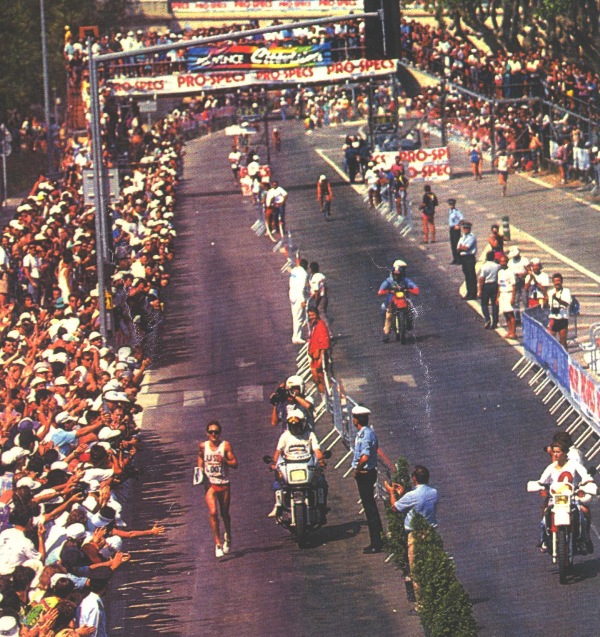 Known for his six Ironman wins, most people forget that prior to the gold medals he earned, he first endured seven straight years of disappointing finishes. While many triathletes would giddily welcome the top 5 finishes that Allen so often secured, he wouldn’t settle for anything but first.

But all of that changed in the 1989 season when he travelled to France to compete in ITU’s first ever World Championship race in the standard distance.

When it came to race day, the former All-American swimmer at the UC San Diego left the water in the middle of the pack. An impressive bike put him back in the mix and he finished off the race with a speedy run that saw him become the first ITU World Champion by more than a minute.

Despite all his success in longer distances, it’s that 1989 World Championship win that Allen regards so highly.

“That win is one I am most proud of in my career,” said Allen. “Most people know me for winning Ironman. I think that if the Ironman were the only World Championship I won, not many people would be aware of what I did in short distance. That I won the ITU Olympic distance World Championship to me was the ultimate stamp that said ‘Hey, you are also able to win short fast races as well as anybody in the world.’” It was a win that also set off a wave of success in Kona, as he won his first Ironman race there just two months after his gold in Avignon. The win came at a pivotal point in Allen’s career that might have taken him in a very different direction.

“At that point, I really didn’t know whether to put my energy into the Olympic distance or the Ironman distance,” said Allen in a surprising revelation. “When I finally won Kona two months later, perhaps swept up in the excitement of my duel with Dave (Scott), I chose Ironman. But if my win had been a gold medal at the Olympics, the choice would have been a pretty equal game.”

Along with his success in longer distance triathlon, Allen also produced a winning streak of 20 consecutive standard distance races from 1988-1990. Combined with both standard and Ironman races, Allen managed to maintain a 90% average in top-three finishes until his career ended in 1996.

Ultimately, Allen believes that his Ironman record and his ITU World Championship combined to make his record greater than the sum of its parts. “To be excellent at both distances at the same time seems harder now,” said Allen. “But I don’t think it was ever easy. There was never a lot of people who could manage it.”

It comes as no surprise these accomplishments saw Allen inducted into the first-ever Hall of Fame this summer at the Edmonton Grand Final.

For the first time ever in the sport, a Para Triathlon Mixed Relay was held on…
Flora Duffy became the only woman ever to win four World Triathlon titles on…
Britain’s Connor Bentley capped a remarkable end to…
more news →