Tokyo 2020 confirms the competition schedule for the Games 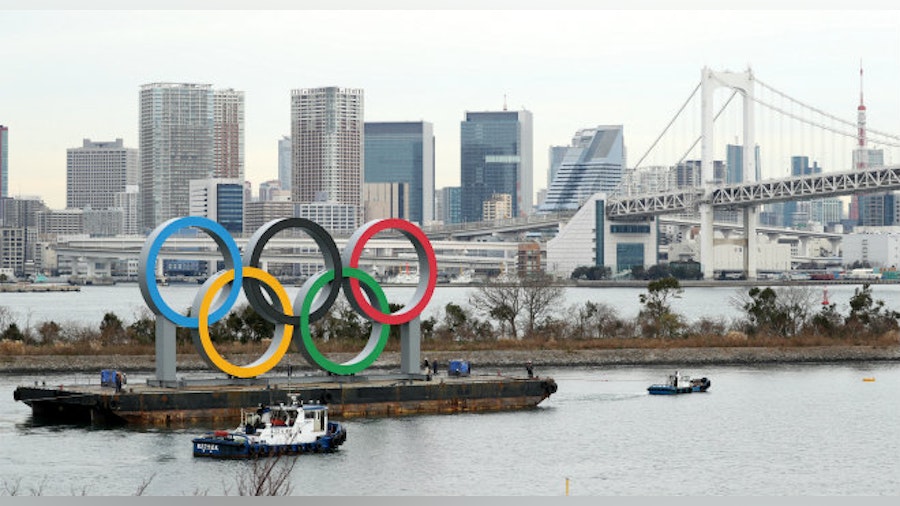 The Tokyo Organising Committee of the Olympic and Paralympic Games has confirmed the event line-up for each competition session of the Olympic Games Tokyo 2020, following their postponement to 2021. Get ready for a summer full of triathlon at its best, with the Elite Men vying for Olympic glory on Monday, July 26, 2021, at 6.30 am, and the Women following up on Tuesday, July 27 also at 6.30am. The debut of the Mixed Relay at the Olympics will take place on “Super Saturday”, July 31, at 7.30 am.

Tokyo 2020, the International Olympic Committee and the International Paralympic Committee agreed in April that given the critical impact of the competition schedule on every aspect of preparation, each session of the 2021 competition would in principle be scheduled as originally planned for 2020. This has been reflected in the confirmed competition schedule, noting that for operational reasons the start and end times of certain events have been adjusted although that is not the case of Triathlon in all its three medal events.

Events in 2021 will take place at the same competition venues that were planned to be used in 2020: the impressive Odaiba Marine Park, also the impressive set up of the Test Event held last summer. Preparations for the Games continue as Tokyo 2020 works to resolve any remaining issues including the periods of venue usage.

Opening of the Games
The competitions will kick off with softball at 9:00 a.m. on 21 July 2021, two days before the Opening Ceremony, at Fukushima Azuma Baseball Stadium. Preliminary football matches will start on the same day, with rowing preliminary events and archery ranking rounds to be held on 23 July, the day of the Opening Ceremony. The first medal event—the women’s shooting 10m air rifle—will start at 8:30 a.m. on 24 July. Medal events in six more sports—archery, cycling (road race), fencing, judo, taekwondo and weightlifting—will also be held, with medals being awarded in a total of 11 events that day.

Urban sports, an exciting new highlight of the Tokyo 2020 Games, will commence with men’s and women’s 3x3 basketball on 24 July, the day after the Opening Ceremony, both men’s and women’s 3x3 basketball matches can be seen in every session. Urban sports will be held in the Aomi and Ariake areas throughout almost the entire period of the Games. Skateboarding street events will be held on 25 and 26 July. BMX freestyle park events will follow on 31 July and 1 August with skateboarding (park) featuring on 4 and 5 August and sport climbing from 3 to 6 August.

Action-packed weekend highlights the most gender-balanced Games in history
Fans around the world are expected to tune in on “Super Saturday” and “Golden Sunday”, 31 July and 1 August, as an exciting array of medal events take place. A total of 21 medal events will be held on “Super Saturday”, including first-time Olympic Games events such as the judo mixed team event, the triathlon mixed relay and the shooting trap mixed team event, all of which will help make Tokyo 2020 the most gender-balanced Olympic Games in history.

This day will also see the men’s football quarter-finals, which will be staged at four different venues throughout Japan. This sporting extravaganza will be followed by 25 medal events on “Golden Sunday”, including the men’s athletics 100m final, men’s and women’s gymnastics finals, and the men’s tennis singles final. “Golden Sunday” will also feature the final day of fencing events including the men’s team foil final, and the closing day of swimming events, with five finals scheduled. This action-packed weekend is sure to be a memorable highlight of the Games.

Climactic lead-up to the finale
The second half of the Games, from 30 July onward, will feature semi-finals and finals in wrestling, karate and other team events, as well as athletics events at the new Olympic Stadium, the main venue of the Tokyo 2020 Games. Athletics finals will feature in almost all sessions, except the 30 and 31 July morning sessions. The 4 x 100m relay for men and women will take place on the evening of 6 August.

Saturday, 7 August, the day before the Closing Ceremony, will constitute another “Super Saturday”, featuring no fewer than 34 event finals, the highest single day number during the Games. The key attractions on this climactic day will include the men’s basketball final, the men’s football final, the women’s marathon final, the baseball final, the men’s volleyball final, the rhythmic gymnastics individual all-around final and the artistic swimming team free routine. The final day of the Olympic Games Tokyo 2020, Sunday 8 August, will commence with the men’s marathon in Sapporo. The last medal event will be the men’s water polo final, beginning at 4:30 p.m.

Tokyo 2020 took a holistic approach when compiling the schedule, taking into account athletes’ experience & well-being, the technical rules and regulations of the various international federations, global TV audiences, the popularity of individual sports in Japan, gender balance and operational considerations. The competition schedule may be subject to change.