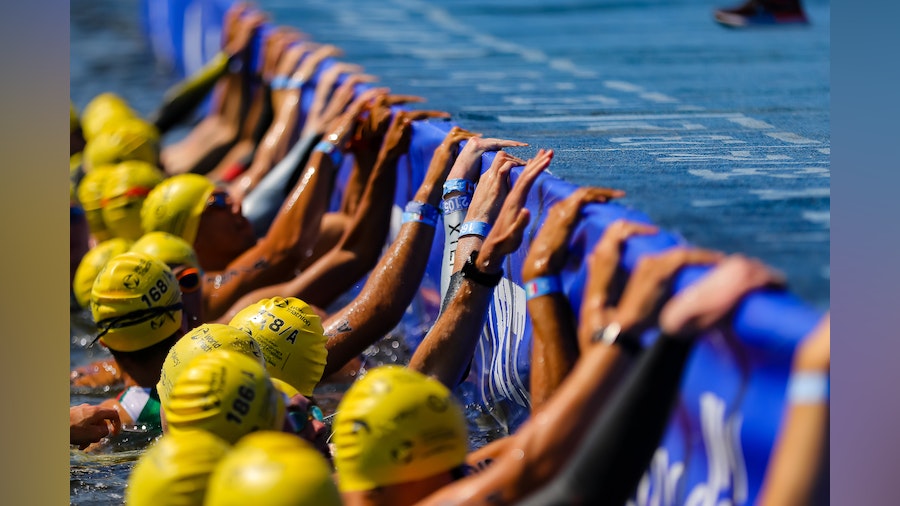 Please find below the process followed to approve the Transgender Policy

The starting point for World Triathlon was that there was no regulation within TRI of Transgender athletes; therefore, any triathlete would be allowed to participate in the category according to the gender reflected within his/her official passport.

World Triathlon commenced its research into this matter in 2019, when it appointed the Medical Committee Chair to participate in discussions and working groups with other sports organizations. Since then, Dr. Sergio Migliorini, Medical Committee Chair, has participated in Conferences organized by World Athletics in Lausanne (2019) and Monaco (2021) and has remained in close contact with the other IFs’ Medical Committees and the FIMS (International Sport Medicine Federation) experts in this field, as well as with the IOC Medical Commission.

Since 2019, all the recent literature has been evaluated by the Medical Committee, including the references of the FIMS 2021 Consensus Statement (“Integrating transwomen and female athletes with DSD into elite Competition” ) and “ The current knowledge on the effects of gender-affirming treatment on markers of performance in transgender female cyclists” of UCI (2022).

In November 2021, the President received from the Medical Committee a request to adopt a regulation for Transgender athletes as other IFs had started regulating this matter and the IOC published its framework and recommendations. Additionally, the British Triathlon Federation (BTF) expressed the same need for regulations.

In the EB meeting on 17 and 18 of December, 2021 in Madrid, the matter was raised, and it was decided to continue researching the matter before making a decision or approving a policy.

In a following meeting on the 10th of March 2022, the Medical Committee presented the first proposal of rules for the Transgender athletes, proposing a policy with a limit of 5 nmol/L for Transgender women, based on their research and the statement of the International Federation of Sport Medicine (FIMS) and European Federation of Sport Medicine (EFSMA) on the IOC Framework On Fairness, Inclusion And Non Discrimination Based On Gender Identity And Sex Variations, which was in line with other IFs such as UCI, FISA and WA, among others.

The EB asked for more information before adopting the proposed policy and requested a session with Professor Yainnis Pitsidalis, member of the IOC Medical Commission, to explain the matter from a scientific point of view. In addition, the EB engaged with the Athletes and Women´s Committees, as well as the EDI (Equity, Diversity and Inclusion) Commission, for their comments and proposals.

On 22 March, a virtual session was held with Professor Yiannis Pitsidalis, for the EB, Medical, Women’s, and Athletes Committee members and the EDI commission members.

On April 26, the President sent a communication to all TRI NFs requesting them to provide information about any regulations currently in place in their countries regarding Transgender and Non-Binary triathletes and about the existence of any triathletes registered as Transgender and/or non-Binary athletes within their NF.

At the EB meeting held on 26 May, the Transgender policy was again on the agenda. EB members were presented with all the documentation required previously, with the exception of the transgender community feedback, as additional time was requested by the EDI Commission. The EB decided to wait to make a decision until all the information, including feedback from the transgender community, was available.

On the 25-26 of June, at the EB Meeting in Montreal, it was decided that a decision regarding the Transgender policy would be made at a special EB meeting to be hosted on the 3rd of August 2022.

In July, the EDI Commission hosted 12 hours of meetings with experts as set-out below. One representative from each of the Legal & Constitution, Athletes, Women´s and Medical Committees were invited to attend these meetings.  Presenters were introduced to World Triathlon through the Medical Committee, the IOC, and other sources.

On August 2, an additional session with Dr. Ross Tucker, open to all EB members and Legal & Constitution, Coaches, Women´s and Medical Committees Chairs and the EDI Commission Chair was organized by TRI at the request of the First Vice President.

The EB meeting was held on August 3. All but one EB Members were present. During the meeting, the following Committees & Commissions presented their proposals to the EB:

● Medical & Antidoping Committee: A new proposal of 2,5 nmol/L, based on the level of testosterone circulating in cis women is 0.12 – 1.79 nmol/L (Bermon et al 2014, Handellsman et al 2018) and considering that the 99.99% of the confidence interval the highest value of testosterone is 2.44 nmol/L, the maximum serum testosterone concentration required is defined as 2.5 nmo/L. with a period of 2 years.
● Athletes Committee: A proposal of Natal Female Category and an Open Category.
● Coaches Committee: A similar proposal as the Athletes.
● Legal & Constitution Committee:  A legal analysis of the existing cases and proposals by the Athletes and Medical & Antidoping Committees.
● Women´s Committee: A proposal to maintain Woman Category for now to protect Cis women athletes, hoping to include Transgender athletes in the best way when fair and more accurate conditions are available (i.e. 2.5 nmol/L and its 2 years affirmation).
● The EDI Commission: A proposal of 2.5 nmol/L, for two years period and with a Cap-Tie rule for 4 years, for athletes coming from any sport.

After the presentations made by all Committees and Commission, the EB members discussed the matter and approved the new policy, based on the Medical & Anti-Doping Committee proposal with the additional requirement that Transgender women must not have competed in the male category in any sporting competition for 4 years.

The new policy is based in the following reasons:

● The use of testosterone concentrations to regulate the inclusion of Transgender women into the female category is currently the primary biomarker that is supported by the most scientific literature.
● Despite the lack of knowledge and research on Transgender women athletes and based on the most recent literature (Harper et al 2021, Hilton et al 2021, Roberts et al 2020) the potential advantage in muscle strength/power of Transgender women cannot be erased before two years of testosterone suppression (Roberts et al 2020).
● Triathlon-specific research on Transgender athlete performance does not currently exist. We must consider that triathlon is an endurance sport and not a strength/speed sport, and consequently the studies should give relevance to all the physiological aspects required in triathlon, including strength and stamina.
● With data showing reductions in Hct and Hb following three or four months of testosterone suppression to the same levels of cisgender women with decreased oxygen capacity (Harper et al 2021, Gooren et al 2004)) and the typical increase of body weight and total body fat after the treatment (Klaver et al 2016,2018), the evidence on Transgender women’s sporting performance is scarce and in case of aerobic performance is not existent (FIMS 2021 consensus Statement).
● The level of testosterone circulating in cis women is 0.12 – 1.79 nmol/L (Bermon et al 2014, Handellsman et al 2018) and considering that the 99,99% of the confidence interval the highest value of testosterone is 2.44 nmol/L, the maximum serum testosterone concentration required is defined as 2.5 nmo/L.
● We need to improve and support future longitudinal studies of Transgender women athletes in endurance sports and triathlon, in order to better ascertain the appropriate indices of performance.
● Whether a person is a female is a matter of law and making a Rule for Transgender woman is discriminating them indirectly, which is allowed if there is peer reviewed scientific evidence of unfairness and/or insecurity, but it is for the Rule maker to prove this in their sport and the respective discipline(s).
● In addition, this new policy is in accordance with the IOC recommendations on this matter and the World Triathlon Legal & Constitution Committee’s recommendations.

It is important to acknowledge that this policy is a “living document”, and it is expected to be updated according to the latest scientific research on this matter.