by Chelsea White on 16 Sep, 2017 10:48 • Español
Showcasing a strong bike and an even stronger run, USA’s Tamara Gorman finished first to become the 2017 U23 Women’s World Champion in Rotterdam

Showcasing a strong bike and an even stronger run, USA’s Tamara Gorman finished first to become the 2017 U23 Women’s World Champion in Rotterdam. Along with her on the podium were Portugal’s Melanie Santos, who crossed the finish line in second, and Brit Sophie Coldwell who grabbed the bronze medal.

“I feel so thankful, I can even believe that I won this race. I took a year off triathlon to focus on running, and this is my first summer back. I really wasn’t expecting that”, said Gorman, who also won the World Junior title in London 2013. “The bike course was a little tricky with all the turns, but once I got onto the run I just felt wonderful”, she said.

Heavy rain welcomed the u23 women’s field on the swim start pontoon, giving the wetsuit swim an extra level of challenge. After the two-lap swim, just like we had seen in her World Triathlon Series appearances this year, Brazil’s Vittoria Lopes dominated in the swim and was the leading woman out of the water after the two laps on the Maas river.

Just 13 seconds back, Coldwell trailed through the first transition and led the pack entering the bike course. And in the first technical section that brings the women back to the second transition area, leaders formed tallying 13 women. In the pack, names such as Leonie Periault (FRA), Santos, Coldwell, Nicole Van Der Kay (NZL), Julie Derron (SUI), Gorman and Georgia Taylor-Brown (GBR).

The 13 women worked really hard during the 40 kilometers of the bike course to create a sizeable gap between the chasers. The lead widened and widened against the women in the chase pack, such as Emma Jeffcoat (AUS) and Cassandre Beaugrand (FRA). Upon entering T2 after conquering the 40-kilometre bike, the gap had reached over the 2-minute mark.

And it was then when the race was to be decided, with an unstoppable Gorman pushing hard on the run since the first metres, and leaving one by one all behind. On the first lap of the 10-kilometer run, Coldwell was still in the lead, followed by Elise Salt (NZL), but halfway through Gorman was already leading the field.

Behind her, an impressive Santos, who had one of the fastest runs of the day, to finish second and earn for Portugal the first medal of the Grand Final. With Taylor-Brown having to serve in the last lap a 15-second penalty after discarding her swim cap outside of the box, the race was over for her and couldn’t catch up her teammate, Coldwell, who finished third, while Taylor-Brown was the fourth on the finish line. 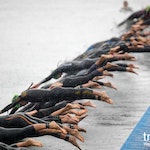 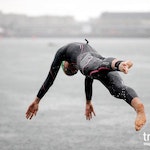 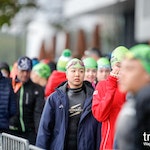 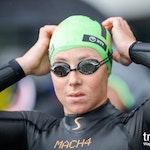 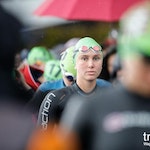 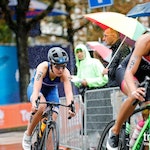 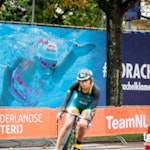 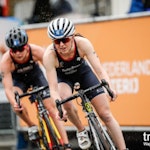 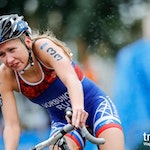 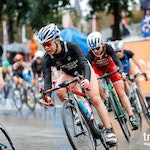 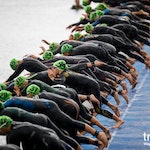 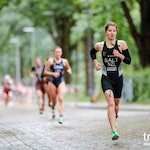