Women’s review
Ellis eliminated any chance for the competition to catch her with a line to line paramount leading performance. The first female competitor out of the water a whopping minute faster than the field, Ellis implemented a plan to surge early on the bike and never looked back.

On the first of three bike laps she secured nearly a two-minute lead which only continued to swell. While Pedersen kept pace from a distance, the four-minute gap that Ellis had etched out on the bike proved too much for Pedersen to run down despite a valiant first run lap from the Dane.

Over the last two laps, Ellis forged ahead to break the finish tape at 5:24:25, more than seven minutes ahead of Pedersen, who took second.

Sweden’s own Annie Thoren looked threatening until midway through the bike when she was overtaken by Kaisa Lehtonen (FIN). From there, the podium was all but decided as the ladies proved too powerful to be run down, as Lehtonen rounded out the top three in 5:33:41.

Men’s review
Jensen looked poised to complete a similar winning plan as Ellis when he powered away on the bike after exiting as one of the top swimmers behind leaders Joshua Amberger (AUS) and Nikolay Yaroshenko (RUS).

By the end of the first bike lap, the Swede began to make his move passing Joe Gambles (AUS), Amberger and Ruedi Wild (SUI). His lead only continued to increase from there as he cruised into T2 with nearly four minutes over Viennot, who had broken away from Amberger and Gambles on the final lap.

However, the Frenchman was determined to keep the title in the hands of the French after compatriot Bertrand Billard won the race in 2014 and he went to work whittling the deficit down. Viennot managed to nearly halve the distance from him to Jensen on the first of three run laps.

Viennot continued to close in on Jensen more on each lap, while behind him Wild picked off a struggling Gambles. In the final 10km, Viennot surpassed Jensen and, despite a last ditch surge from Jensen, the Frenchman crossed over the line first at 4:54:33. 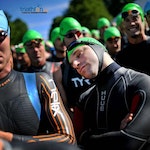 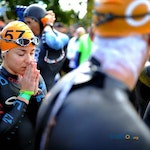 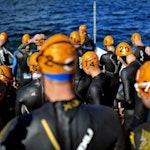 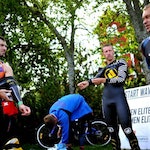 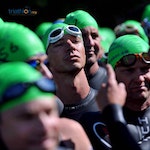 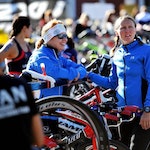 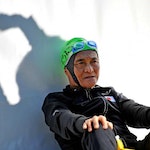 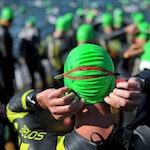 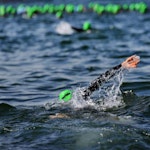 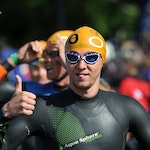 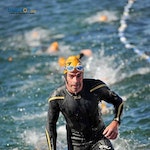 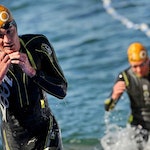