It’s that time of the year again, to take a step back in time to remember this year’s Dextro Energy Triathlon ITU World Championship Series through the eyes of some of the world’s best sports photographers. They were on hand to capture every twist, turn, and colourful moment in the each and every world series race, but now it’s your turn to decide the official ITU Photo of the Year by voting on your favourite image below. Each weekly winner then earns the right to appear in the ITU Photo of the Year final. In addition to the contest, readers will hear from each event photographer about their favourite shot from the event, which will be published alongside the winning pictures from each week.

In week four of this competition, we visit Germany for the world’s biggest triathlon event. Over 10,000 participants race in Hamburg each year, and thousands more pack the streets to provide an amazing atmosphere for the Dextro Energy Triathlon Series races. This year, that crowd witnessed some of the closest finishes of the season.

In the men’s race, Australia’s Brad Kahlefeldt claimed his first ever series win in a thrilling sprint from Great Britain’s William Clarke and France’s David Hauss, kickstarting an Australian sweep. Click here for the race recap and video highlights.

While Kahlefeldt’s win was the first Aussie gold so far in 2011, it wasn’t the only one for long as two-time ITU World Champion Emma Moffatt got her groove back the next day. She claimed her first individual series win since 2009 and led an all-Australian, all-Emma sweep with Emma Jackson and Emma Snowsill, the first time that one nation has swept a series podium. Click here for the race recap and video highlights.

Remember to scroll to the bottom of the images and vote for your favourite, to determine which image from Hamburg makes it into the final of the 2011 ITU Photo of The Year. 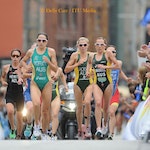 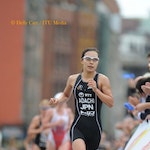 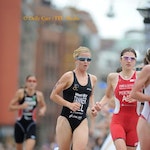 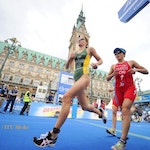 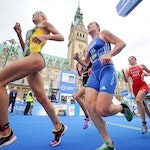 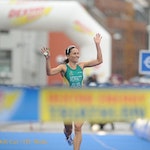 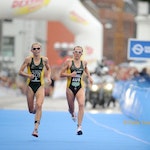 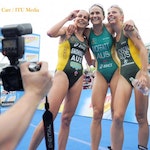 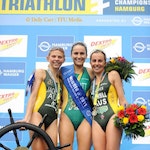 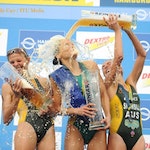 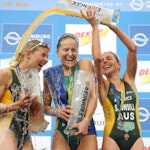 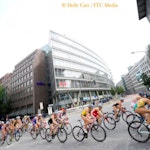