A multi-talented mixture of old faces and new, of world champions and debutants will line up for a history-making World Paratriathlon event at Twin Waters on the Sunshine Coast on Friday.

The 2015 Sunshine Coast ITU World Paratriathlon Event will only be the second ever event of its kind staged in Australia with 47 athletes from 10 countries, including Australia meeting the starters gun.

Japan and the USA have the next biggest contingents behind host country Australia with seven athletes respectively.

Here Triathlon Australia’s Paratriathlon Manager Karthryn Periac runs her eyes over the fields:
PT1 Men: Four-time world champion Bill Chaffey is one of three Aussies in this field along with Nic Beveridge and Matt Brumby. Chaffey is fitter and faster than ever and eager to return to international racing after missing the 2014 World Championships through injury. Bill is planning to race WPE in Madrid and London in May and then the Rio Test Event in early August before the World Championships in September. Giovanni Achenza (ITA) is possibly the strongest opponent; he was 5th at the 2014 World Championships and won in Buffalo City on March 1.

PT2 Men: Brant Garvey and Glen Jarvis will line up for Australia. Garvey was sixth at the 2014 World Championships and has continued his strong progression improving his Penrith time by over 3 minutes despite the rainy conditions. This included a 2 minute pb (and fastest overall) swim, a 30s pb in the bike and a 30s pb in the run. He races a largely unknown field of six other athletes, only Giovanni Sasso (ITA) was at World Championships (finished 9th), and the two Brazilians may be the athletes to challenge him.

PT3 Men: Justin Godfrey (AUS) was 6th at 2014 World Championships and faces two relatively unknown Brazilians. Justin had major surgery in November and returned to racing at the Oceania Championships with a pb swim.

PT4 Men: The largest field with 14 starters and includes several athletes from the World Championships: Peter Boronkay (HUN) 7th, Jack Swift (AUS) 11th and Marcelo Collet (BRA) 12th. Jack Swift is in pb shape after going 5 minutes faster on the Penrith course overall in January. Many unknown athletes all trying to earn valuable ranking points for World Championships qualifying in this the strongest class in Paratriathlon with nearly 100 athletes on the ranking list after just 12 months. Swift will be joined by Tony Scoleri from South Australia.

PT5 Men: Featuring the experienced Jonathan Goerlach and his guide from the 2014 ITU World Championships Jack Bigmore when Jonathan finished 10th in his class.  He had previously won the OTU Oceania at Penrith in 2014 and the Elwood OTU WPE event at Elwood and was fifth in Chicago. Will be up against Japan’s Ryu Nakazawa.

PT3 Women: Australia’s only current world champion Sally Pilbeam has also continued to improve with a 6 minute overall pb on the Penrith course. She will be joined by Australia’s Kerryn Harvey from Victoria.

PT4 Women: WA’s Claire McLean (7th at World Championships) will be the favourite over her teammate Kate Doughty.  Both athletes have been Paralympians in different sports, cycling for Claire (silver medal in Athens) and Equestrian for Kate. Judith Abrahams (USA) is a new athlete in this class. 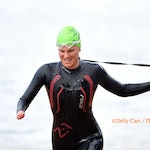 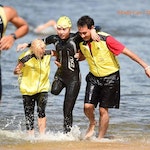 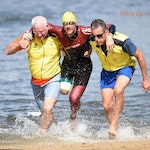 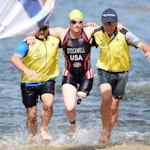 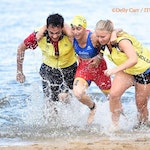 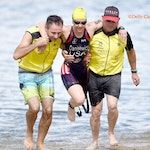 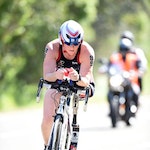 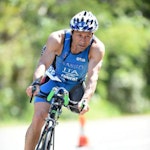 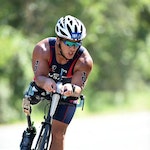 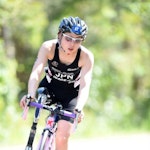 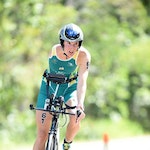 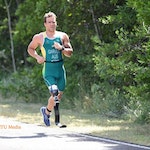