World Triathlon Board Opens Bidding Process For Events In 2021 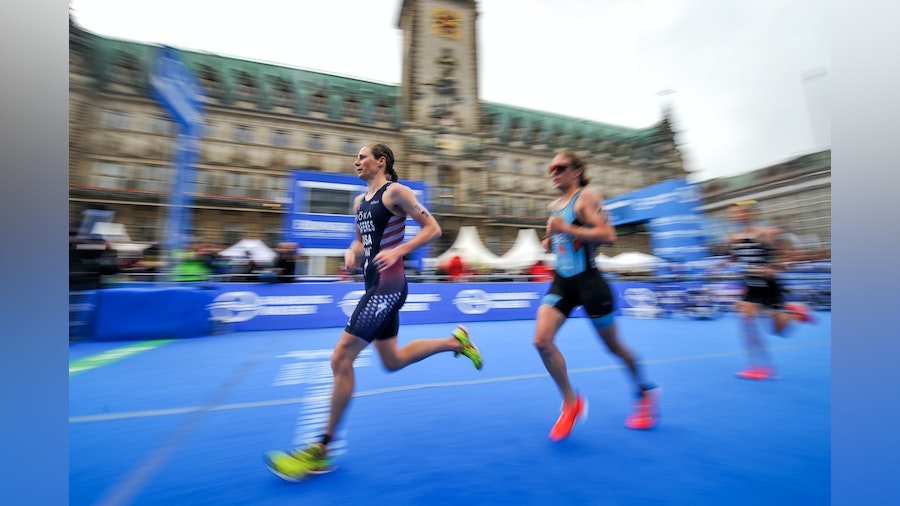 The World Triathlon Executive Board, which met via teleconference, approved the commencement of the bidding process for the 2021 World Triathlon Series, World Cup and Paratriathlon events. The 2021 series will include events which award points scoring toward Olympic and Paralympic qualification rankings, and will once again showcase iconic cities across the globe giving all athletes the best possible scenarios in which to perform.

“It is again a great honor for us to be looking for cities around the world that want to partner with us in order to host our top tier events, the World Triathlon Series, the World Cups and of course the Paratriathlon events. We know that the world is currently affected by the pandemic, but we also know that we will overcome this situation, and we will resume our events worldwide when it is safe and fair to do so. These events are the pinnacle of our sport, and bring the World’s best Triathletes to a city, offering international exposure to a global audience, and a live thrilling atmosphere of elite level racing. We are eager and excited to start planning our next season,” said World Triathlon President and IOC Member Marisol Casado.

The ITU World Triathlon Series (WTS) is the premier Triathlon series in the World and features the World’s best Triathletes racing head-to-head in up to 10 races around the globe, including the flagship Grand Final.

The World Triathlon Series comprises Olympic Distance (1.5km swim, 40km bike and 10km run), Sprint Distance (750m swim, 20km bike and 5km run) and Mixed Relay events, including the annual ITU Triathlon Mixed Relay World Championships, one of the most thrilling and engaging events that will make its Olympic debut in the Tokyo Olympics next summer.

The hosting of WTS events offers cities opportunities to showcase their cities to millions of people via a live international television broadcast as well as to attract thousands of local, national and international guests and race participants. To date, annual on-site spectators for the Series events are upwards of 1 million.

The Triathlon World Cup competitions are the World Triathlon’s second tier events, intended to provide a solid and professional base for Triathletes pursuing entry to the World Triathlon Series. These events are aligned with the World Triathlon Development programmes. They carry a substantial prize purse, have significant media, television and internet coverage and are also attractive for tourist destinations and major cities.

Cities hosting World Cup events can expect to attract an audience of millions of people around the world, including live internet streamings on TriathlonLive and the distribution of features and interviews on all World Triathlon platforms, as well as international news distribution and international print media coverage.

Cities interested in hosting a race on the 2021 World Triathlon Series calendar must submit their bid to World Triathlon by June 30, 2020. Successful cities will be notified on September 1, 2020.

Cities interested in organising 2021 ITU World Cup events must submit their bid to World Triathlon by June 30, 2020 and successful cities will be notified on September 1, 2020.

Cities interested in hosting paratriathlon events in 2021 are invited to submit their proposals by June 30, 2020. The successful cities will be announced on September 1, 2020.

The Executive Board also approved the new Sustainability Guidelines that will be applied across the organization, including the organizing committees and all World Triathlon events.

“It is in the very nature of our duty as the governing body of one of the world’s fastest growing sports that World Triathlon reaches all corners of the globe. We host large-scale events in major cities attracting thousands of participants and even more spectators. We now know the impact that daily occurrences such as global travel and the use of plastics has on our planet, and we want to become a great role model, as we are on other areas of the governance of the International Federations, on global sport organisations of all kinds, in taking action and encouraging our stakeholders to do likewise”, said Mrs. Casado.

The Sustainability Guide has pulled together important methods that will help our events become as sustainable as possible, keeping in mind that each territory is unique and that fresh ideas and new technology must be shared and embraced to truly make the kind of impact that is necessary.

The Guidelines seek to certify events in recognition of their sustainability measures, helping ensure we are all striving to do more to save our planet. The Guidelines will ensure that the legacy of every initiative, programme and policy taken by event organisers will be that they are considered, adopted, refined or developed by another event.

The Executive Board also approved the implementation of the 2020 World Triathlon Ranking, which will be used to distribute Bonus Pool Prize Money after the last scoring event in 2020. The Ranking is applicable for events from July 1, 2020 till December 15, 2020.

The events that will count for this Ranking will be the World Triathlon Grand Final (that will give 1250 points to the winner); World Triathlon Series (1000 points); World Cups (500 points); Continental Cups (250 points); U23 World Championships (250 points) and Junior World Championships (200 points). The athlete score will be the addition of the points earned in a maximum of four events if the total number of events is eight or more, or only three events counting if less.

Among other discussions, the World Triathlon Executive Board discussed the progress of the rebranding of the organization and the situation regarding events postponed or cancelled due to the COVID-19 outbreak. The next meeting of the Executive Board will take place on May 14.