Committees and Commissions show great progress of World Triathlon in 2020 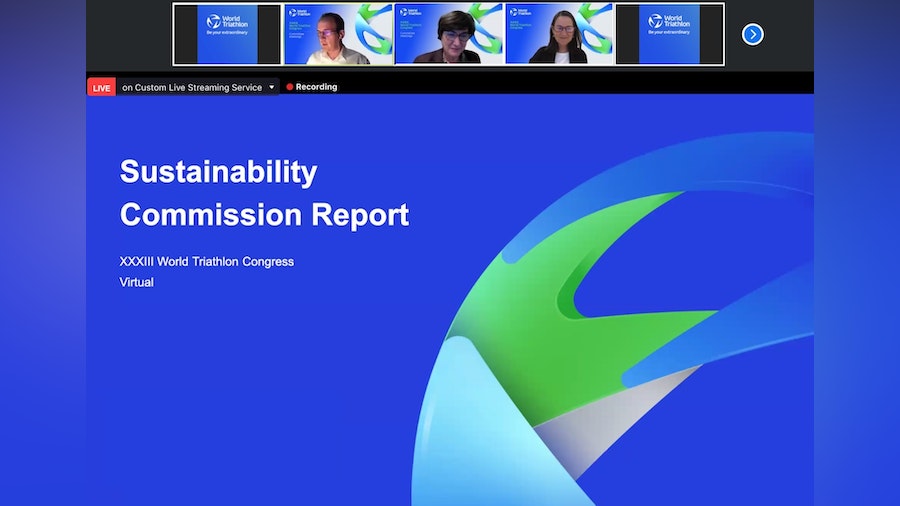 During a week of virtual meetings of all 12 of the World Triathlon Committees and Commissions before Sunday’s Congress, a picture has been painted of a sport striving to move forward and a triathlon family still positive as it emerges from a difficult year. The meetings, attended by dozens of National Federations from all five continents, covered every aspect of World Triathlon governance and finance, while further Continental Confederation meetings will take place this weekend.

“The fact World Triathlon is finishing 2020 with such a positive financial and structural outlook is thanks to responsible governance, diligence and a lot of hard work. Our meetings have shown the adaptability and resilience of this organisation and its members and we continue to thrive despite the difficulties caused by the pandemic. To have had such productive discussions and cover every area of the sport has been incredibly valuable. We can now look forward to Congress fully informed of the healthy state of triathlon going into one of the biggest years in our history,” said World Triathlon President Marisol Casado.

Friday’s Audit, Risk and Integrity Committee presented the revised 2020 and 2021 budgets after a year of greatly reduced event activity, concluding that World Triathlon was in good financial shape to enter the recovery phase. The Legal and Constitution Committee looked over some specific resolutions and ahead to plans for reviewing, harmonising and implementing of rules.

The Medical and Anti-Doping Committee had kicked off proceedings on 21 November, highlighting the importance of the COVID-19 Prevention Guidelines for Event Organisers document that was so important in ensuring August’s return to the blue carpet and several joint research projects underway to ensure the safest possible racing in the summer in Tokyo.

The Women’s Committee reflected on a well-received opening block of the Mentorship Programme to help more female leaders emerge in the sport and the annual Award of Excellence, and the Age-Group Commission gave an in-depth look ahead at plans to develop the community and their race opportunities and experiences.

Planning for the Tokyo and Paris Paralympic Games were at the forefront of the Para Triathlon Committee report as it continues to push for six male and six female medal events in 2024, while coaching and classifying were also in focus. The Sustainability Commission closed out the first day of meetings by recapping the new Sustainability Guidelines for Event Organisers and setting out its ambitious targets for the organisation to hit in five years’ time.

The Coaches Committee got day two underway unveiling plans for a close look at the scheduling of events and the prospects of new race formats and establishing a larger coaches network representing the global community. The Athletes Committee looked back on a positive year off the blue carpet that saw a second voice on the Executive Board and looked ahead to greater support for mental health awareness and career paths for athletes.

The Multisport Committee set out its goals to expand the Multisport World Championships, analyse Winter Triathlon and other disciplines and build new partnerships for their continued growth. The World Triathlon Tribunal looked to the creation of a working group with the Legal and Constitution Committee and presented updates on specific cases, before the Technical Committee delivered its report on Technical Official education and certification, global rules harmonisation and innovation.