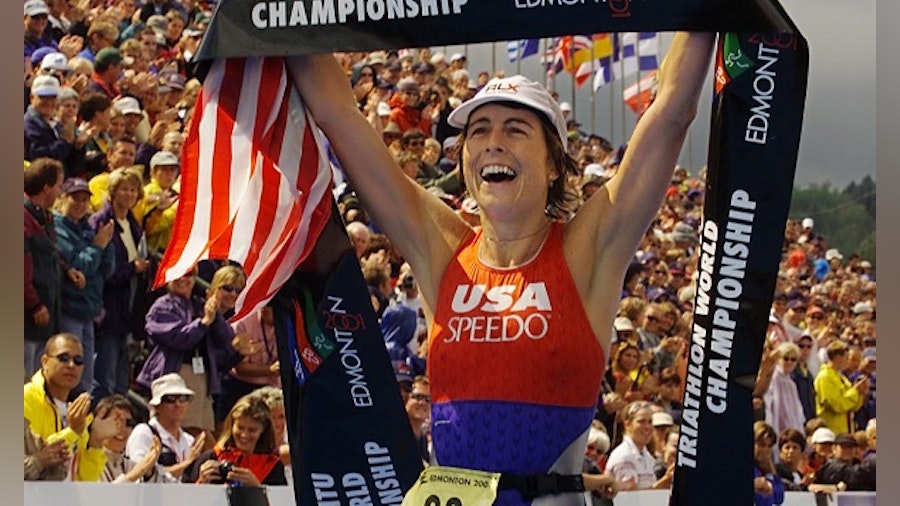 The USA’s Siri Lindley was one of the great ambassadors of triathlon as an athlete, and has since gone on to share her knowledge and train champions as a coach, her love of the sport still burning brightly 20 years after becoming the world number one in 2001. In the middle of this year, Siri was cleared of the leukaemia she had battled with since late 2019 and, as the new World Triathlon podcast reveals, the experience has left her more determined than ever to promote the power of positivity.

“It was the greatest challenge of my entire life, probably the scariest thing I’ve ever been through,” says Siri Lindley of her battle with illness. “But, I am so deeply grateful and yesterday (Thanksgiving in the US) was a huge day of just expressing my gratitude for this incredible miracle of life. I think so much of what we learn being athletes and, and all the challenges we come up against, when we are pursuing a goal that may seem impossible.”

“I am so happy to say that I am almost nine months post bone marrow transplant, and I am cancer free. I get to live, which is the most divine gift I could ever ask for. And so I am just feeling truly deeply blessed and grateful to be here and to be able to have this conversation and to be able to say that everyone out there, athletes, what you are developing character-wise, challenging yourself with this sport, is going to help you in every other area of your life.”

It was just before Thanksgiving 2019 that doctors delivered the news that turned Siri’s life on its head. This year, she managed her first 5km run at a pace she said felt like progress after everything her body had been through in the fight against cancer.

“That 5km on the treadmill was just the most joyous experience ever because I was actually doing what I’ve been dreaming of doing over the last year. My goal was to run 5km in what I used to run 10km in under 34 minutes. And I did it in 31 minutes, which is of course nothing like what I used to do, but it just doesn’t matter to me. It’s, it’s the fact that I am running and I am alive and I am healthy.”

It may sound like a long way from the heights of a short but glittering career, but it is all part of the story of an athlete who came to triathlon very late but once she discovered it, was soon hooked, even if she was among the few to really believe in her dream.

“When I started triathlon, I didn’t even know how to swim. And I was 23 years old. But I fell in love with this sport. I remember when I made that decision to commit my life to this, I said to my mom, ‘you know, I want to be the best in the world in this sport’.”

“And she kind of looked at me like, ‘Oh my God, my poor daughter, she’s just crazy thinking she can do that,’ but I knew at that time…  I needed to let go of trying to be everything I thought I needed to be for everyone else around me.  ”

Letting go of outside expectations and focusing on what she could control rather than couldn’t proved to be decisive. As well as answering to herself for the situations she found herself in during races rather than falling back into habitual or predictable patterns.

“The day I won the World Championships in 2001, I came out of the water at the very back of the pack. And up until that point in time, my story was that if I had a crappy swim, that my race was over. That was kind of the story. The meaning that I gave a bad swim, but on this day, like I had never trained so hard in my life. I’d never been so prepared and I decided to shift my focus from the bad swim and

“Okay. I had a bad swim, but hey, this is an opportunity. This is an opportunity for me to put my head down and go harder than I’ve ever gone before and do whatever it takes to get as close to the front as I can. So there I shifted my meeting shifted my focus. Yeah. I got on my bike. I rode harder than I ever had before because I have nothing to lose. I caught the fourth pack. Then I caught the third pack, then the second and suddenly at the end of the last lap, I’m at the front of the race. And because I backed myself, like I believed in myself, I didn’t give up on me. And I got off on the run and I took off like a bat out of hell.”

“I had Michellie Jones, who I think was number one in the world at the time, right on my shoulder. But I had never felt so alive in my entire life because I took a chance on me. I didn’t give up. And I didn’t assume that my race was over because of my swim. And I ended up having the race of my life and became the world champion on that day.”

You can listen to the full interview on the World Triathlon podcast on Spotify, Apple and Google.