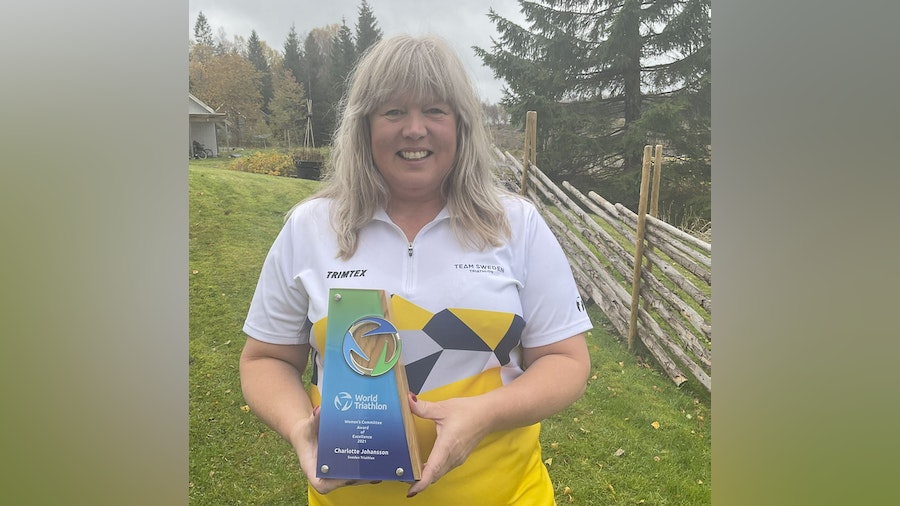 This year there were seven powerful submissions to review, featuring incredible women all around the world. The World Triathlon Women’s Committee alongside a panel of external experts, reviewed the submissions and confirmed Lotta Johansson as the 2021 Award of Excellence recipient.

Lotta Johansson, of Sweden, has more than 25 years of experience, working in the sport of Triathlon. Lotta has been the driver of recruiting, educating and supporting men and women into leadership roles, within the Swedish Triathlon Federation, as referees, technical officials and technical delegates but also other areas within our sport. She was one of the first women race director in Sweden in the mid 1990´s. Lotta also that she built the Technical Official programme in Sweden and continues to develop it as of today.

Lotta, who currently works as an Administrative Assistant for the Swedish Triathlon Federation, was delighted and thrilled to receive the Award of Excellence from World Triathlon and the Women’s Committee.

The 2021 Award of Excellence recipient has a strong list of achievements associated with her incredible efforts across the sport of Triathlon including Best Female Athlete in High School in 1987, Race Director of the Year from the Swedish Triathlon Federation in 2001, Volunteer of the Tear from Sweden Triathlon in 2004 and the Anders Nilsson Scholarship in 2005.

Marisol Casado, President of World Triathlon and IOC Member, along with Tomoko Wada, Chair of the World Triathlon Women’s Committee, congratulated, commended and acknowledged Lotta Johansson’s dedication to the sport and presented her with the prestigious 2021 Award of Excellence.

“Lotta is always there to help and encourage other, especially women. She is a wonderful leader and representative of Swedish Triathlon and has inspired many to follow her footsteps as race director and technical official, but also her work to make our triathlon family even better. Furthermore, Lotta is well-known also outside of Sweden,” said the Swedish Triathlon Federation.

“She has a broad network within the World Triathlon Technical official group and is an appreciated colleague wherever she works. She is a wonderful colleague and not to forget, a reliable and caring person towards the athletes (men and women), always ready to answer any question in a friendly but correct way. Lotta is the most positive role model and mentor within Sweden Triathlon, supporting women in the very best ways. She is one of a kind and a true star. The most wonderful role model of our sport!”