World Triathlon 2020: The year ahead 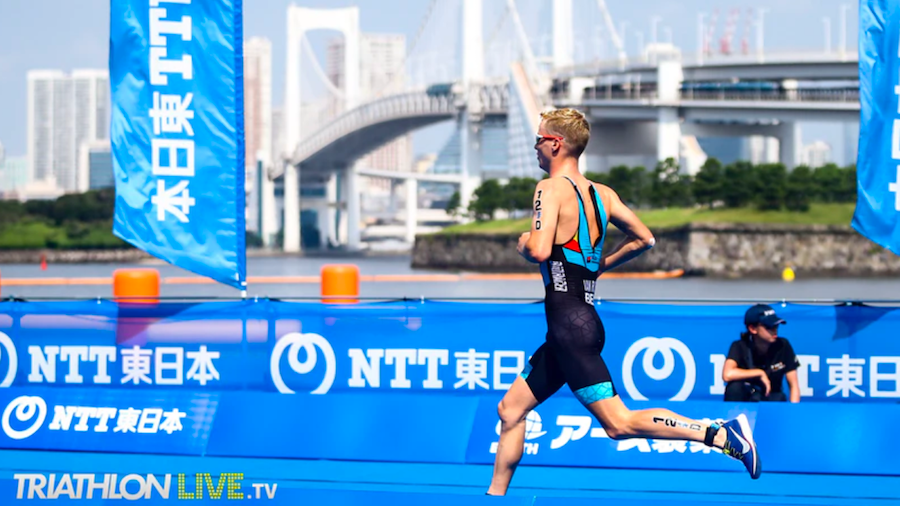 This is not a test. The year is 2020 and in just a few months, the Olympic Games will be taking over Tokyo.

As well as the 55 Elite male and 55 Elite female triathletes battling for individual glory in July, this year will see World Triathlon unveil its brand new Olympic medal event, the Mixed Relay, bringing a team dynamic and even more explosive race action to die-hard fans and first-time spectators around the globe. Later in August, the paratriathletes will hit Tokyo, looking to build on their experience from May’s Paratriathlon World Championships in Milan.

The World Triathlon Series is set to be just as hotly contested as it was in 2019, a year that saw the two Elite titles go right down to the wire. New locations are set to be debuted on this year’s World Cup circuit, and the Multisport World Championships head to one of the birthplaces of triathlon; the Dutch town of Almere.

If that sounds good, here’s a full month-by-month run-down of just what’s coming up in 2020…

February
The Winter Triathlon World Championships return to the Italian Alpine town of Asiago from 7-9 February, with the Russian duo of Pavel Andreev and Daria Rogozina looking to defend the titles they won there 12 months ago. The 2020 Quebec ITU S3 Winter Triathlon World Cup gets underway on 23 February before the action moves on to warmer climes to close the month, and the first WPS event of the year, the Devonport World Paratriathlon Series (29 Feb).

March
The 2020 World Triathlon Series gets up and running in the now-familiar surrounds of WTS Abu Dhabi (6 Mar) followed by the first race of the year’s Mixed Relay Series (7 Mar).
The first World Cup of 2020 takes place in Mooloolaba, Australia on 14 March, followed by the return of racing to Florida, USA, with the Sarasota-Bradenton World Cup – and paratriathlon WC – a week later. The action then moves onto New Zealand with the ever-popular New Plymouth World Cup wrapping up a busy month on 29 March.

April
The Brazilian capital city of Brasilia welcomes the return of World Cup racing to South America on 3 April, the first Elite-level action in the country since the Rio 2016 Olympic Games.
The World Series makes its way to Bermuda, home of the infamous Corkscrew Hill bike climb, on 18 April, with the island hosting its Paratriathlon World Cup the following day.
The following week, the now customary World Cup stop in Mexico brings the Elite athletes to the beach of Huatulco (26 Apr).

May
Another new World Cup venue for 2020, Valencia takes up the baton on 2 May, while over in Milan that same weekend will be the much-anticipated Paratriathlon World Championships. Separated from the 2020 Grand Final programme to avoid clashing with the Paralympic Games, the course made its WPS debut in 2019 and will provide a superb stage on which to crown the best in the world.
The Chengdu Mixed Relay Qualification Event (9 Mar) will provide a final qualification opportunity for teams hoping to hit the Tokyo 2020 start line, followed by the year’s seventh World Cup the following day, marking the end of the Tokyo 2020 qualification period in style over in China. The World Series moves to Japan, with the tenth edition of WTS Yokohama (17 May) and the WPS racing the previous day.
Following four editions in Cagliari, Sardinia again welcomes the World Cup circuit, only this time it is to the beautiful Arzachena village of Cannigione that the athletes will head.

July
July marks the final World Series action before the Olympic Games, with WTS Hamburg on 11 July and the Mixed Relay World Championships the following day as France look to make it a hat-trick of titles and teams try out their best line ups before Tokyo.  The traditional Tiszaujvaros World Cup takes place over the weekend of 18-19 July, then it is time for the big one. The Tokyo 2020 Olympic Games will see the athletes racing out into iconic Odaiba Bay and then through the city streets with the men going out at 06:30am on 27 July and the women at the same time the following day.

August
There can’t be many better ways to kick off a month than with the Olympic debut of the Triathlon Mixed Relay on Super Saturday. The waiting will finally be over on 1 August as the countries line up to do battle at Tokyo 2020 to become the first ever Olympic team champions in triathlon. There follows nothing less than the World Triathlon Grand Final and the crowning of the 2020 Elite, U23, Junior and Age-Group World Champions in Edmonton. The month wraps up in style with the Paralympic Games events spread across the 29-30 August and an Elite World Cup in the beautiful Czech hill town of Karlovy Vary (30 Aug).

September
The Almere-Amsterdam Multisport World Championships take over one of the homes of the sport from 4-13 September, with Long Distance and Cross triathlon, Duathlon, Aquathlon and Aquabike competitions.
The World Cup moves back to China and, more specifically, the coastal city of Weihai (13 Sept) and then the Spanish capital of Madrid on 26 September. That same weekend will see the Zofingen ITU Powerman Long Distance Duathlon World Championships return to the Swiss city for the sixth successive year.

October
The beautiful Turkish city of Alanya will play host to the final Paratriathlon World Cup of 2020 on 4 October, then the Elite World Cup season comes to a climax with a couple of back-to-back classics: Tongyeong, Korea on 18 October and the Japanese city of Miyazaki (25 Oct), bringing the curtain down on another breathless year of world–class racing around the globe.