Paratriathlon World Cup set to give taste of Tokyo 2020 conditions

Tokyo hosts the latest stop on the 2019 Paratriathlon World Cup circuit on Saturday morning, with the races doubling as the Test Event for the Tokyo 2020 Paralympic Games. A single 750m lap of the Bay will be followed by four 5km laps of a bike course that crosses the water before heading north and over Fujimi Bridge, doubling back towards Odaiba. The final run segment will see three 1.6km loops finishing in front of the grandstands on Odaiba Beach. For the first time ever, all of the action from the Olympic Test Event can be watched as it happens on TriathlonLIVE.tv (from 6.30am local time).

Great Britain’s Joe Townsend finished sixth at Rio 2016 and will be among the favourites for a medal in the men’s PTWC category, going up against France’s Ahmed Andaloussi and American newcomer Josh Sweeney, June’s ASTC champion Jumpei Kimura flying the flag for Japan. A star-studded women’s race will see regular WPS medalists Lauren Parker (AUS), Emily Tapp (AUS), Jade Hall (GBR) and Wakako Tsuchida (JPN) all with dreams of appearing at the Tokyo Paralympics where their category makes its debut.

Fourth in Rio three years ago, Mark Barr (USA) and Kenshiro Nakayama (JPN) will do battle in the men’s PTS2 class. Japan’s Devonport World Cup winner Yukako Hata will be among the women eyeing a PTS2 podium place, but it is hard to look beyond the imperious Allysa Seely for the gold.

Korea’s Hwang Tae goes out in the men’s PTS3, while France’s Alexis Hanquinquant , unbeaten in all three WPS stops this year in the men’s PTS4, will face Joe Kurt (LUX) and Alejandro Palermo (ESP) ready to press him all the way to the line. The USA’s Kelly Elmlinger scored her first WPS win in Yokohama in May and will be looking to top the podium again in the face of stiff challenges from Hannah Moore (GBR) and the home favourite Mami Tani (JPN).

The women’s PTS5 features British World Champion Lauren Steadman and USA’s Grace Norman, with Australian Kate Doughty continuing her return to the top after a hiatus in 2018. Of the men, George Peasgood (GBR) and Martin Schulz (GER) are among the names set to provide some high drama down the final stages, along with Mexico’s José Sierra.

In the PTVI races, Canada’s Jessica Tuomela will be building towards a first Paralympic campaign along while Katie Kelly (AUS) will have her heart set on defending the title she won in Rio 2016.  With the visually impaired men making their Paralympic debuts at Tokyo 2020, multiple World Champion Aaron Schiedies (USA) and Dave Ellis (GBR) will have their long awaited opportunity to battle it out for the biggest prize in the sport, and a good result here would set them well on their way to that target in 12 months’ time. 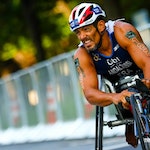 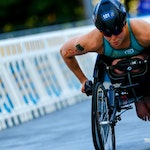 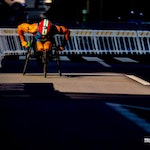 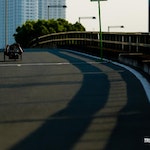 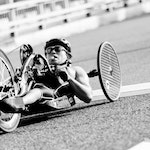 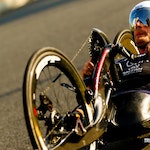 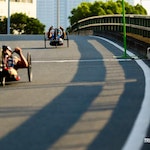 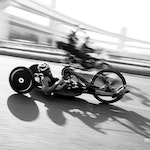 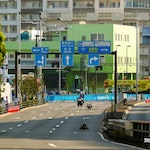 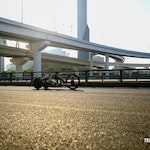 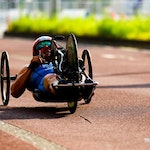 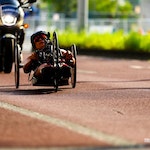