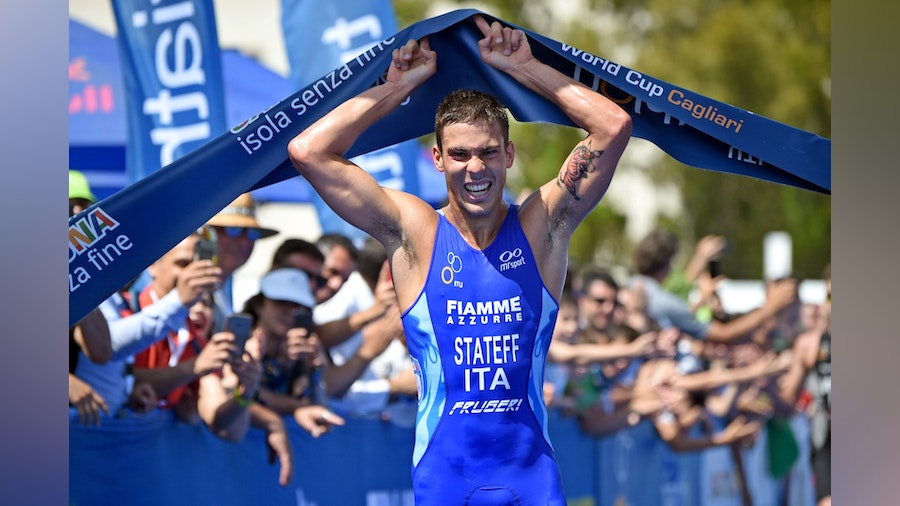 In the build-up to the 2018 ITU Cagliari World Cup, all the talk was of a tough and technical course, a steep climb and a rapid descent that was likely to take its toll on the athletes. By the end of Saturday’s racing, it had become clear that it is on precisely these kinds of demanding courses that they love to compete and put all their training to the test.

The women’s race saw the kind of close finish that seems unthinkable after such a gruelling hour under the Italian sun, but it was Austria’s Lisa Perterer who caught American Taylor Spivey right on the line to win her first ever World Cup gold in the most dramatic of fashions, swiftly followed by Britain’s India Lee in third. “I didn’t know what I was thinking at the end,” said a delighted Perterer afterwards, “but I just kept telling myself; you can do this.”

The men’s race then saw Delian Stateff and Davide Uccellari come home in first and third respectively, New Zealand’s Hayden Wilde the only man who could keep up with the flying Italians as the home crowd roared the duo down the finish.

Women’s race
The women’s podium looked wide open from the minute Britain’s Lucy Hall and Japan’s Fuka Sega emerged from T1 with a solid advantage, only to be quickly caught up by the likes of USA’s Taylor Spivey and Chelsea Burns, Australia’s Emma Jeffcoat and Italian Alice Betto.

The bike then fell into a comfortable pattern for the ten-strong lead group, who worked together on each of the five long climbs up the Viale Regina Margherita before dropping down for a winding descent that left mind and body little time for recuperation.

Even by the fifth and final ascent the leaders were looking composed, leaving the chasing pack of Sandra Dodet and Vendula Frintova blowing harder in a vain hope of closing ground on them.

It all changed through the second transition as Verena Steinhauser began to force the pace with the Italian crowd powering her on and only Perterer, Lee and Spivey still had enough to go with her.

As the rest of the field became drained by the chase, the four leaders summoned the will for an almighty final 400m. Spivey was first to make the charge, only for Perterer to dig deeper still, breaking the tape first by a fraction of a second to record a spellbinding debut World Cup win.

“My season started badly and I almost lost my self-confidence, but training has gone well and I hoped I’d finally have a good race so to finish on the top makes me very happy”, said Perterer afterwards. “I love the heat, I love hills, and these were perfect conditions so I did what I had to do. I almost lost the group with 500 metres to go, but I know I can sprint well so I tried to trust in that and it was a crazy feeling to cross the line in first.”

“We pushed the most power up the hill and the rest of the bike course was really just recovery for the next hill,” said USA’s Taylor Spivey. “I tried to stay relaxed on the run and picked off some of the girls on the first lap. The final stretch was really exciting with four of us coming into the tape. Maybe I let go a little too soon, but i’m really proud of Lisa.”

Men’s race
As the wind picked up and the water became choppier ahead of the men’s race, France’s Raoul Shaw seized the moment with a superb swim that left him well out in front through T1 chased by Spain’s Uxio Abuin in the no.1 vest and a tight group that included the winner in Astana two weeks ago, Dmitry Polyanskiy.

Shaw saw his opportunity to break out and opened up a 15-second advantage after the first bike lap, only to be chased down by a pack of 25 that included Belgium’s Tim van Hemel and USA’s Eli Heming and Darr Smith. Behind them, Britain’s Alex Yee worked hard to put himself in with a shout for the run section in his first race back since last year’s accident on this very course.

The ASICS Development Team’s Felipe Barraza was clearly enjoying the moment too, the Chilean working his way to the front on the final long bike climb. The fastest fifth lap belonged to Hayden Wilde, however, and he forced his way to the front through the transition and looked well-positioned going into the two-lap, 10km run.

Davide Uccellari and teammate Delian Stateff looked somewhat off the pace with the New Zealander out front, but as the hill picked off the weaker legs, it was Stateff who began closing in on Wilde down the last kilometre, with Britain’s Barclay Izzard also remaining in the hunt.

With just two u-turn bends in the final 200m to contend with, Stateff had already managed to pull away from Wilde and kicked on to a brilliant victory, the crowds booming as Uccellari finished in third with the New Zealander in between. Australia’s Luke Willian came fourth, with Eli Hemming fifth. A lightening run from Alex Yee – a full 20 seconds quicker than anyone else in the field - saw him finish in eighth, one spot behind Izzard.

“This is my first victory, and to do it at home is unbelievable,” said a delighted Stateff. “I knew I could run well, but didn’t really know that I could win it. In the last kilometre I began to believe and just gave it everything for the win.”

“Coming off the ride I felt really comfortable and I just kept pushing,” said Wilde. “To be honest, I thought people might start to fly past me like in Mooloolaba but I tried to keep my cool and not go out to hard. Now i’m paying for that sprint at the end!” 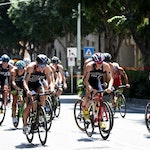 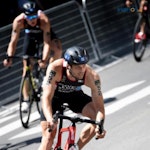 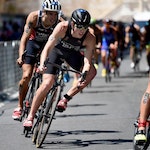 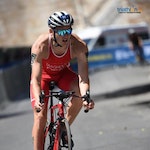 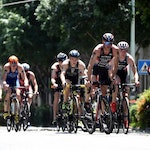 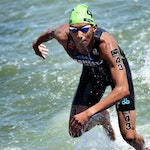 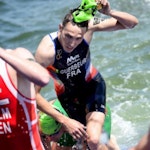 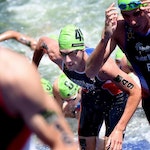 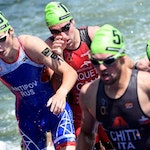 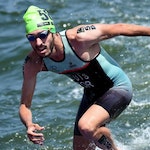 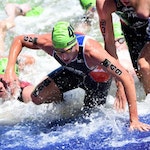 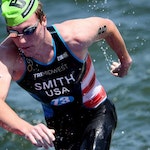