Tiszaujvaros holds a special place in ITU history, as it is now the second longest running World Cup event. In the 17 years it has been on the ITU calendar, the race has grown from a small triathlon into a summer tradition as the whole region turns out for a festive atmosphere. It is a beloved race amongst both spectators and athletes alike.

This Hungarian town will again return an innovative format on the ITU Triathlon World Cup circuit. The athletes will compete in a series of sprint distance semifinals on Saturday to decide who will fight it out in a sprint-distance final on Sunday. On both days the races will be half the Olympic distance – a 750m swim, 20km bike leg and a 5km run. The fastest nine in each heat will advance, in addition to the next three fastest times for a total of 30 athletes in the final.

Women’s preview
The diverse women’s start list will be divided up over three waves on Saturday and sent off at intervals. The first wave will be led by Annamaria Mazzetti (ITA), who has so far enjoyed one of her most successful seasons to date. The Italian will line up with the talented Gillian Sanders (RSA), who was a part of the silver medal winning Commonwealth Games Mixed Relay last month, as well as Hungary’s own Margit Vanek who also enjoyed Mixed Relay success this summer with bronze at the ITU World Championships. The tough swimmer & biker Lucy Hall will challenge for one of the nine spots in the finals in that heat. Heat 1 start list

Rachel Klamer (NED) will next lead a group brimming with talent out to the sprint course. Charlotte Bonin (ITA) will feature alongside Klamer after having scored her highest World Triathlon Series finish of fifth in Chicago. In the same race, the USA’s Lindsey Jerdonek clocked the third-fastest bike split making her one to keep reeled in. The biggest question comes with Sophia Saller on the start list. The young German finished second only to Olympic gold medallist Nicola Spirig at the European Championships suggesting there is more stock to her profile than she’s let on. Heat 2 start list

The third and final wave will be sizzling with strong cyclists with the likes of reigning Under23 World Champion Charlotte McShane (AUS), Pamela Oliveira (BRA) and Kaitlin Donner (USA) in the mix. Their bike speed might be enough to qualify for finals, but remains to be seen if that velocity can be manifested into a medal. Heat 3 start list

Men’s preview
Like the women, the men will be divvied up and spread out over three sections, with Dmitry Polyanskiy (RUS) headlining the first heat as the most experienced athlete on the list. A three-time World Cup winner, Polyanskiy won the race in Tiszy back in 2009 when it was a standard distance race. The Russian will battle with Argentina’s Luciano Taccone, who toughed it out in blistering heat in Huatulco earlier this summer to win his first World Cup. While Peter Kerr (AUS) hasn’t had the season he was hoping for, he’s not one to be discounted with his front end speed combined that he was able to convert to high pre-season results last year. Heat 1 start list

Behind them, the talented Richard Varga (SVK), Vicente Hernandez (ESP) and Benjamin Shaw (IRL) will meet in heat three with a clash of strengths. While Varga will no doubt exit the water out front, he’ll have to keep Hernandez and Shaw in check on the bike and run if he wants a shot at the finals. Heat 3 start list

The women will kick off the elite action at 3:10pm on Saturday, with both the women’s and men’s heats being sent off in 20 minute intervals thereafter. On Sunday, the women will again start the elite races, as they go off at 3:45pm with the men diving in at 5:10pm local time. Follow the finals with live timing here and on twitter @triathlonlive. 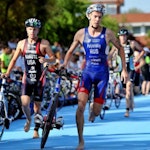 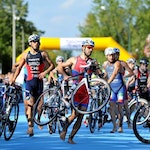 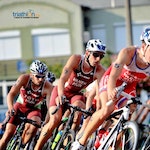 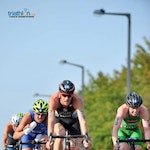 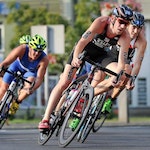 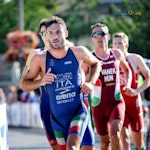 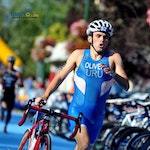 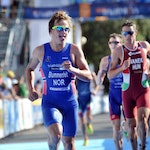 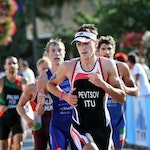 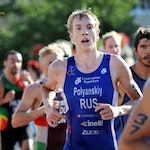 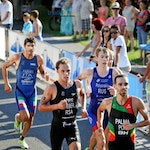 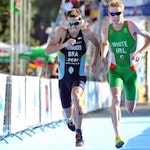