by Doug Gray on 02 Sep, 2018 04:35 • Español
Grey skies over the pretty Czech town did nothing to dampen the excitement and spirit of the 2018 Karlovy Vary World Cup on Sunday, where Vendula Frintova and Dmitry Polyanskiy rose to the occasion to deliver superb golds in testing conditions.Persistent drizzle overnight left the road surfaces slick and the athletes wary, making Frintova’s victory all the sweeter as she dug deep to out-sprint Estonia’s Kaidi Kivioja with just 150m to go and take the tape. Italy’s Annamaria Mazzetti marked her return to Olympic-distance triathlon with an excellent third place after the trio had left the rest of the field in their wake over the final 2km of the run.For the men, it was another impressive display from Polyanskiy that saw him home ahead of Ireland’s Russell White and Italy’s Alessandro Fabian after the trio had been locked in a gripping battle from the very first paces of the run.

Grey skies over the pretty Czech town did nothing to dampen the excitement and spirit of the 2018 Karlovy Vary World Cup on Sunday, where Vendula Frintova and Dmitry Polyanskiy rose to the occasion to deliver superb golds in testing conditions.

Persistent drizzle overnight left the road surfaces slick and the athletes wary, making Frintova’s victory all the sweeter as she dug deep to out-sprint Estonia’s Kaidi Kivioja with just 150m to go and take the tape. Italy’s Annamaria Mazzetti marked her return to Olympic-distance triathlon with an excellent third place after the trio had left the rest of the field in their wake over the final 2km of the run.

For the men, it was another impressive display from Polyanskiy that saw him home ahead of Ireland’s Russell White and Italy’s Alessandro Fabian after the trio had been locked in a gripping battle from the very first paces of the run.

Women’s Report
The two-lap swim in Rolava Lake saw the field well spread out early on, Britain’s Lucy Hall once again pushing the pace out front along with Netherlands’ Rani Skrabanja. Hall managed to establish a useful 25-second lead over the pack as she headed into T1, with number one Frintova heading onto her bike right alongside Germany’s Laura Lindemann.

Proceeding out past the lake and onto the roads for the straightforward 6.5km approach to the city, Hall was then able to extend that lead and found herself almost 40 seconds ahead of the chase pack of twelve that had gathered behind as the tricky town section came into play.

Riding solo appeared to allow the Brit to focus even more keenly on finding her line as the gap grew to 52 seconds, while the likes of Edda Hannesdottir (ISL) and Jessica Broderick’s (USA) races ended early as the athletes had to battle to stay upright through the twists and turns of some quick downhill sections.

Unable to relax for a moment of that solo ride, the effort took its toll on Hall and by the final 2km, the group was able to shut down the gap and were well within sight of the leader as they entered T2. It wasn’t long before she had been caught and an ice-cool Frintova took to the front along with Knapp, Kivioja and Mazzetti.

Knapp then fell off the pace, leaving the lead trio to decide the outcome. It looked impossible to call even with 200m left, but as the athletes approached the chute it was Frintova who accelerated away, taking the tape narrowly ahead of a delighted Kivioja, Mazzetti in third. Anja Knapp held off Switzerland’s Julie Derron as they earned fourth and fifth respectively.

“The weather made it hard out there and it was a very technical race so i’m super happy to win here on a home course,” said Frintova afterwards. “I hate the cold but I was ready for it, the bike leg was crucial and on the run I was pretty confident. I wasn’t in as good shape as I was here last year, so that makes the win even better.”

“Today was tough and I tried to be really careful on the bike,” added Kivioja. “I was pleased with my run but Vendula had the crowd behind her. My first World Cup podium feels great though - the tougher the course the better for me.”

“I haven’t done an Olympic-distance race since October, but i’m back on the podium for the first time in five years so I’m happy with that! I got sick in April and this was my first real race back and I thought I was able to manage the course well,” said a delighted Mazzetti.

Men’s report
The sun had come out by the time the men took to the water, and it was little surprise to see number one Richard Varga and Igor Polyanskiy quickly establish a commanding lead at the front of the field. As the rest toiled behind them through the buoys, the duo extended their advantage to 20 seconds over Dmitry Polyanskiy and Alessandro Fabian, with Russell White and Jonas Schomburg also emerging from the water together.

Heading through the approach to town on the bikes two groups of seven formed, Varga and Gianluca Pozzatti also in the first, but it wasn’t long until the two merged and as the course dried fully, the fourteen-strong pack was able to pull away as one.

Even in the drier conditions there was no time for the athletes to relax, forced into either hitting the gas uphill or negotiating the curves on the downhill, but the Luxembourg duo of Gregor Payet and Stefan Zachaus were also riding strongly at the halfway point.

Belgium’s Erwin Vanderplancke had put himself right into contention with a brilliant ride, but as he struggled to come to terms with the early stages of the run, it was a clear foursome of Dmitry Polyanskiy, Russell White, Alessandro Fabian and Maximilian Schwetz that made the breakaway.

Schwetz then fell back as Netherlands’ Jorik van Egdom put down the hammer to pass the German, but that was all happening too far back to trouble the leaders. Fabian struggled with the pace and dropped off at the end of lap three, before the bell triggered an almighty effort from Dmitry Polyanskiy who surged away from White to take control of the final lap.

White fought to find a reply but none was forthcoming, leaving Polyanskiy to earn his second World Cup win of the year in emphatic style, the Irish athlete home in second and Italy’s Fabian in third. Van Egdom’s enormous effort over the run saw him finish in fourth ahead of Frantisek Linduska of Czech Republic in fifth.

“I’m very happy, it’s a difficult course for me but in the last three years i’ve tried to build up my skills for the hilly and technical conditions,” said Polyanskiy. “I made mistakes in the swim so fell back and had to catch up but we worked together on the bikes and I was able to save up a little towards the end to take into the run. I felt good, waited and pushed that last lap and it worked. It’s the first time i’ve won two World Cups in a year and I just hope i’m still in good condition now for the Grand Final.”

“It was a great race,” added White. “This is notorious for being one of the toughest courses on the circuit and the swim had a lot of turns but I got near the front and stayed there for most of the race, had confidence going into the run and i’m happy to finally put a really solid run together and podium for the first time. Dmitry is one of the best in the world and it was great to be able to race with someone of that calibre.”

“Wow, what a finish, that last lap I was dead,” admitted Fabian. “I wanted to push hard from the start and we were together on the bike but I probably spent too much at the beginning of the run. After two months out I had a good race in Montreal and this is another important brick in the wall, now onto Weihai.” 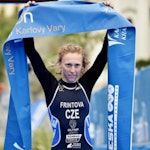 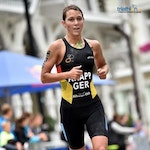 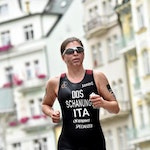 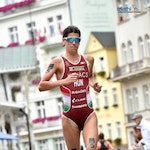 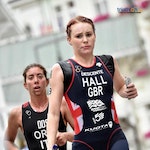 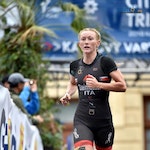 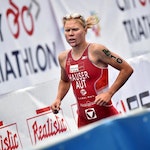 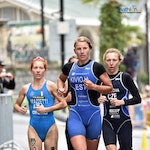 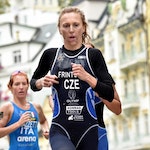 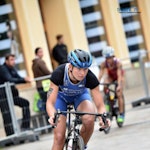 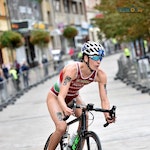 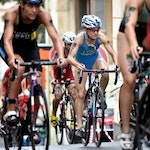