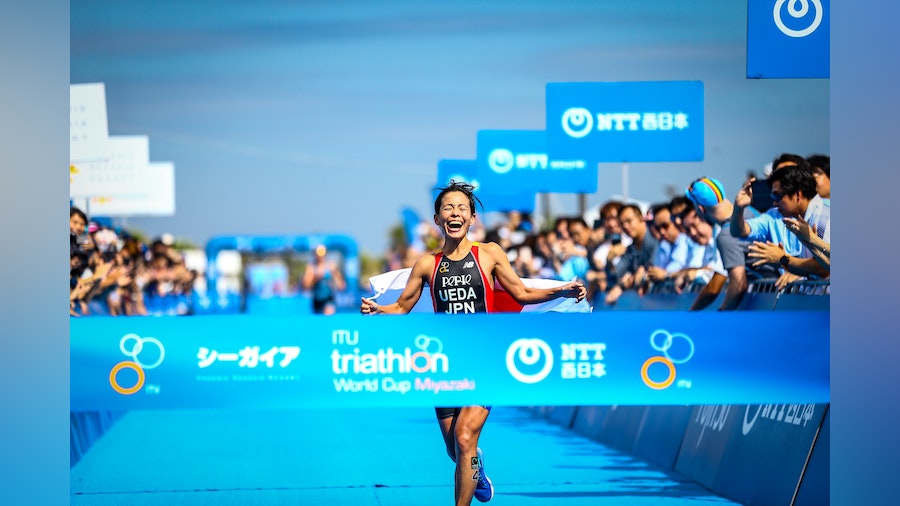 The World Cup season continued today in the sport-loving city of Miyazaki, Japan, for another dose of world-class triathlon action. Athletes lined up to compete over an Olympic distance format, featuring a 750m swim (2-laps), 40km bike (7-laps) and finished with a 10km run (4-laps). Stacked fields lined up on the scenic beach and were faced with wavy and fairly humid race day conditions.

Defending champion Ai Ueda from Japan produced a striking performance, to run away with the gold medal and maintain the title on home soil while USA’s Matthew McElroy showcased powerful race form to earn back to back wins in Tongyeong last weekend and today in Miyazaki.

Japan’s Takahashi led the field of women through the first lap of the swim course, followed by Portugal’s Helena Carvalho, renowned ocean swim specialist Emma Jeffcoat from Australia and USA’s Kirsten Kasper. Olympic Champion Spirig was 42-seconds down on the leaders after lap 1 and Michel was a further 20-seconds back.

Takahashi continued to find rhythm throughout the 1.5km swim and was the first woman out of the water and to head out onto the 40-km bike course. A strong group of women charged out behind her including Jeffcoat, Kasper, Carvalho, the Hedgeland sisters from Australia and Spain’s Anna Godoy.

Valerie Barthelemy from Belgium took turns in the front seat as the 14-women led across the bike course in Miyazaki and Edda Hannesdottir from Iceland also took a turn to lead. The chase group was 36-seconds down on the leaders and being driven by Spirig.

By the third lap on the bike the chase group closed the gap on the leaders and one group was formed. The group featured 19 elite women and Italy’s Verena Steinhauser, Spirig, Kasper, Takahashi, Barthelemy were putting the pressure on the group with their powerful bike strength.

On the final stage of the bike race, Spirig was sitting in the middle of the lead group, Macarena Salazar from Chile was also well-placed in the mix. Miriam Casillas from Spain and Michel were still in touch. Ueda was tucked in and riding well with the leaders. The chase group were over 1-minute down on the leaders with Kaidi Kivioja from Estonia driving it.

Off the bike and through the final transition of the day saw Japan’s Takahashi and USA’s Kasper out first, to commence the 10-km run portion of the World Cup race in Miyazaki.

On the second lap of the run Ueda made an impact to move into the lead and showcased the powerful run stride that she is known for. Michel was running in second and Takahashi in third at this point of the race. The leaders were being chased down by Spirig, Amelie Kretz from Canada and Barthelemy from Belgium, the trio appeared to have found momentum, moving well together.

On the final lap there was no stopping Ueda from Japan who was dominating the run. The experienced Japanese triathlete glided across the course to run her way to victory and earn the gold medal once again in Miyazaki. Today was a special day for Ueda as she defending the title in front of a home-crowd while also celebrating her birthday.

“This is a big comeback for me and it took me a long time to get back to where I am today. I am so happy to win here in Miyazaki. This gives me the push to continue and I will race the next World Cup in Lima,” said Ueda.

Michel powered across the finish line to earn the silver medal and her fellow Belgian counterpart and training partner Barthelemy rounded the elite women’s podium with the bronze medal.

“I knew that the swim was going to be very important. The whole race I tried to focus on moving up as much as possible. I knew that Nicola Spirig was going to be very strong on the bike, she’s always a game-changer. On the run I did my best and Ai was just too strong for me today. This is the end of the season here for me, it’s time for a break and a reset,” said Michel.

“I knew Nicola (Spirig) was going to be the toughest to beat so I tried to stay focussed until the last sprint. It was important for me to finish the season on a strong note,” said Barthelemy.

Elite men’s race report
The elite men lined up on the beach in Miyazaki in fine conditions with the official water temperature reading 23.7 degrees Celsius and the air a balmy 27 degrees Celsius.

The field was stacked with a mix of Olympians, World Cup experience and emerging triathlon talent, vying for success in Miyazaki and racing for valuable points as part of the Olympic qualification process.

Japan’s Takumi Hojo, Slovakia’s Richard Varga, Australia’s Aaron Royle and Matthew Sharpe from Canada were the first men through the initial 750m swim and onto the second lap. Out of the 1500m swim it was Varga, Royle, Sharpe and Hungary’s Mark Devay who produced quick first transitions to commence the bike portion of the standard-distance race in Miyazaki.

Over the first few laps of the 40-km bike course, a group of twelve athletes were forcing the pace to establish a 20-seconds gap on the men chasing. Devay, USA’s William Huffman, Hojo, Jumpei Furuya from Japan, Royle, Sharpe and Mexico’s Irving Perez featured in the leading mix.

Brandon Copeland from Australia was driving the massive group who were riding 28-seconds down on the leaders and Mexico’s Rodrigo Gonzalez was sitting on front of the third group chasing.

The leading group of men which included Hojo, Furuya, Devay, Royle, Max Stapley (ITU), 2018 silver medallist in Miyazaki Eli Hemming (USA), Sharpe, Varga, Gianluca Pozzatti from Italy and Perez maintained the speed across the final stage of the bike course, each doing their part to take turns in front seat.

Hemming, Sharpe and Royle powered out of the second transition of the day, to commence the 10-km run in steamy conditions. Perez and Pozzatti were trailing the leaders in fourth and fifth place.

At the halfway mark McElroy surged to overtake Hemming and lead the race. Hemming continued to stride out in second place. Royle and Sharpe dropped off the pace and Perez and Pozzatti moved to the front of the chase group.

A surprising acceleration saw Belgium’s Geens move into third place on the run.

On the final stage of the race McElroy showed no signs of stopping or shifting focus from the front. The American triathlete, who claimed the gold medal in Tongyeong last weekend, dominated the run to take the tape and win once again in Miyazaki, commemorating back to back World Cup success.

“I am absolutely emotional right now, believing in myself and keeping such a positive mindset the last two weeks has been key. I had to work really hard on the bike to close the gap. We didn’t close the gap and it came down to the run,” said McElroy.

“I am happy with second but I am even happier that my training partner Matt got first. I knew I needed as much time as I could, I have been working hard at my transitions. I tried to go out and hold the pace and see if I could stay away,” Hemming said.

Geens, who was forced to retire out of last weekend’s World Cup in Tongyeong, capped his season with the bronze medal in the 2019 Miyazaki World Cup.

“It was a bit of a struggle on the beginning of the run, this week I thought I better not go too fast. First lap I took it under control but then after 5km I felt pretty good, I saw the podium running and it got me motivated. I am happy that I can finish on the podium today. It was a great season, I think I still need to find some consistency but I am hoping for some good winter training to set that up well.” said Geens. 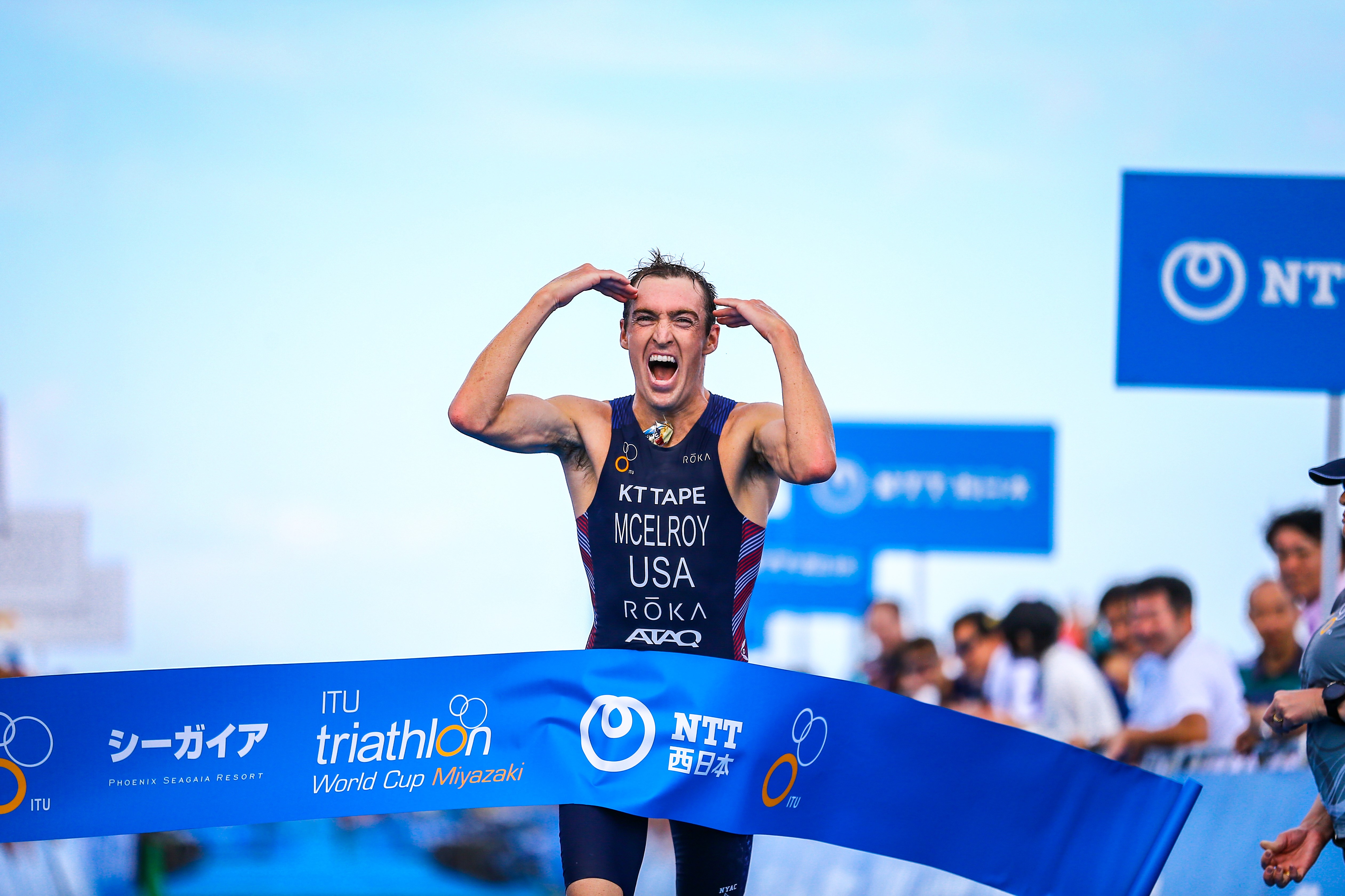 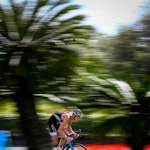 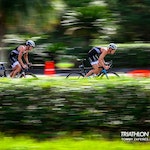 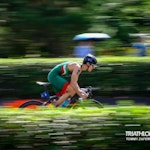 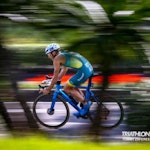 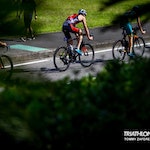 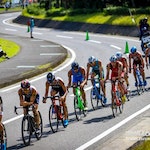 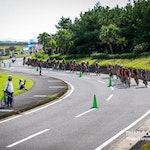 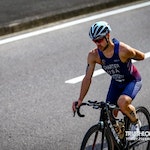 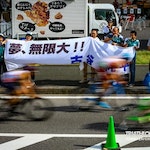 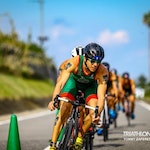 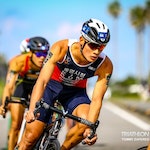 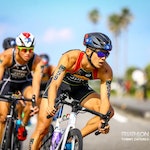