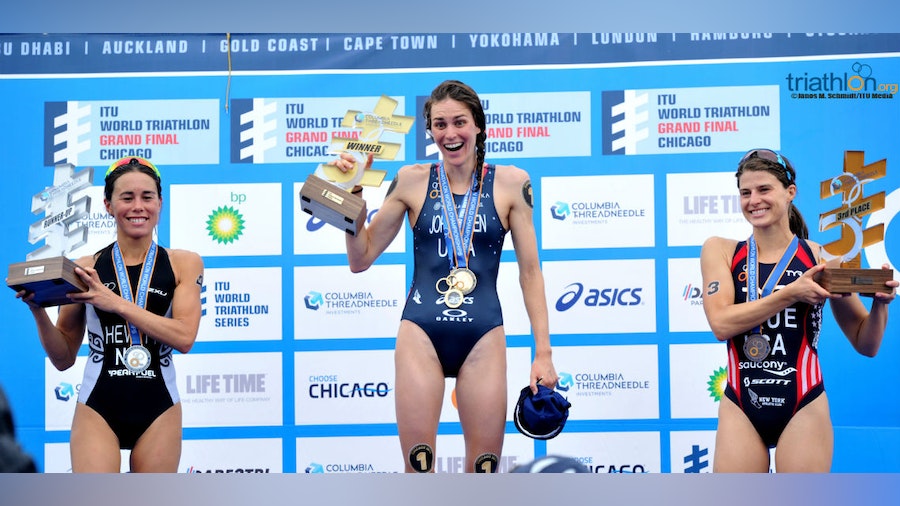 Welcome to the final Columbia Threadneedle Rankings Report of 2015. We do hope you have enjoyed these in-depth reviews as the season has progressed.

What a fantastic year it has been, culminating in Chicago with sensational racing, a whole host of records being broken and two truly exceptional ITU World Champions.

Any thoughts of unlucky 13 for Gwen Jorgensen were eliminated in Chicago. The moment she powered away from Non Stanford and Vicky Holland with just over 2km of the run remaining, another victory for Jorgensen never looked in doubt. That was her 12th consecutive World Triathlon Series win and, including the Olympic Test Event in Rio de Janeiro, her 13th consecutive ITU victory. What a way to retain your World Championship title.

There are so many statistics for Gwen we could mention, but here are just a few highlights which help put her exceptional performances into context:

With the Rio 2016 Olympic Games less than one year away, Gwen Jorgensen will surely start next year as the clear favourite to add Olympic Gold to her two World Championship titles.

Joining Gwen in Rio next summer, courtesy of second and third place respectively in Chicago, are British athletes Non Stanford and Vicky Holland. They both achieved the exceptionally tough British Olympic selection criteria of top-three finishes in both the Rio Test event and the Chicago Grand Final. The podium positions in both of those events were filled by the same three athletes in the same order – will that prove an omen for the Olympic Games itself next August?

Holland (fourth) and Stanford (eighth) both made the top ten in the final 2015 Columbia Threadneedle Rankings courtesy of their Chicago points, despite only having five scoring races from the season. They are the only two athletes, male or female, to have achieved that. For Holland in particular (with two wins, one second, one third and a fifth place), even a moderate finish in another event would surely have seen her take second place overall. That said, having started the year with injury and finished it with Olympic selection confirmed, she’ll be very content with her year.

Non Stanford is also the highest ‘new entry’ to the Columbia Threadneedle Rankings in 2015 versus last season. The ITU World Champion in 2013, Non missed the entire 2014 season with injury. A year which has included podium finishes in Hamburg and Chicago represents a fine return to health, fitness and form.

One athlete, who didn’t manage to finish on the high note she wanted in Chicago, but can be very happy with her year as a whole, is Katie Zaferes. With five second place finishes and six podiums in total during the World Triathlon Series this year, Zaferes has made a huge breakthrough in 2015. Never outside of the top two positions in the Columbia Threadneedle Rankings all season, prior to the Grand Final, an uncharacteristic 24th place in the Chicago saw her slip to fifth place overall for the season.

While Zaferes struggled, Andrea Hewitt was making the most of her opportunities. Prior to the race Hewitt was ranked fourth, and likely felt that third place overall in the rankings may be the limit of her chances given the gap in points to Katie Zaferes. Even then, she knew she needed a strong finish herself and to beat Sarah True by three places to have a chance. After finishing fourth in the Grand Final, when True crossed the line in seventh, 35 seconds later, it meant that Andrea had leapfrogged her by just seven points into third. With Zaferes well off the pace too, that meant Hewitt actually climbed two places to take the 2015 ITU World Championship Silver medal. The Kiwi is a big time performer, as that was her fifth World Championship medal in the past seven seasons.

While Sarah True may have been disappointed to lose the Silver medal by such a small margin, like Zaferes she can look back on 2015 with pride. She won in Stockholm for the second consecutive year, and also finished on the podium in both Gold Coast and London. She is now building her own World Championship medal collection having previously earned Bronze in 2011 and Silver in 2014. Like Andrea Hewitt, she now needs Gold to complete the set!

Some other notables from 2015:

It was called the #DriveForFive and Javier Gomez Noya delivered once again. Second place in the Grand Final to compatriot Mario Mola was more than enough for Javier to hold the record as the most successful athlete in history, with five ITU World Triathlon Championship titles.

Much as we’ve shown with Gwen Jorgensen, what Javier has achieved is quite remarkable based on the following statistics:

While Javier was breaking records, the only man he couldn’t break in Chicago was his great friend Mario Mola. After an incredible head-to-head run, decided only in the final few hundred metres on the approach to Buckingham Fountain, Mario would become only the third man after Alistair Brownlee and Javier himself to win an ITU World Triathlon Grand Final.

Mario set himself up for a great day with perhaps the greatest swim of his career to date, exiting the water in the leading group and three seconds ahead of Javier. That’s only the second time Mario has ever managed to do that in a World Triathlon Series event. So often have to play catch-up on the bike leg, that was a superb start for Mola.

Mario was the only male athlete to complete all ten World Triathlon Series races in 2015 and his season had symmetry too, winning the first and last races of the year. As with 2014, his efforts earned him World Championship Silver and his third consecutive season on the podium.

That podium was completed by Frenchman Vincent Luis. Vincent limited his World Triathlon Series outings to the minimum ‘five plus the Grand Final’, but it was clearly an approach which worked well for him. Those six races yielded his first ever WTS win in Hamburg and four podiums in total, while a highly respectable fifth place in Chicago was his lowest of the year. With a second placed finish in the Rio Test Event too, 2016 will surely see Vincent Luis as a serious contender for the Olympic podium.

The third placed athlete in that Test Event, Richard Murray, was also the Bronze medal winner in the Chicago Grand Final. Exiting the water more than 40 seconds behind the main favourites, it was an immense effort from Richard to both catch the main group on the bike and still be able to produce a great run split. Richard ends the season ranked fourth in the Columbia Threadneedle Rankings, which is his best year end position to date.

We must also mention Mexican athlete Crisanto Grajales. Fourth place in Chicago represents a career best result for an athlete who has raced in the World Triathlon Series since 2010. He finishes the year seventh in the Columbia Threadneedle Rankings, a significant improvement on 23rd in 2014.

What about the Brownlee brothers? Alongside Javier Gomez, they have been the dominant force in the sport for the past seven years, but with Jonathan Brownlee (11th) and Alistair Brownlee (14th) ranked outside of the top ten in the Columbia Threadneedle Rankings, one could be forgiven for thinking that their star is fading. If you dig a little deeper however, that may be a little premature.

Prior to his mid-season injury, Jonathan won in both Auckland and Gold Coast in exceptionally impressive style. Many would regard his performance in the Gold Coast as one of the most dominant from any athlete in recent years.

In a similar vein, Alistair only started three World Triathlon Series events in 2015, winning Cape Town and London in style, and only losing out to Javier Gomez in Yokohama after the best sprint finish of the year. Expect the Brownlee brothers to be stronger than ever in Olympic year.

Some other notables from 2015:

• Two athletes earned their first career World Triathlon Series podium finishes during 2015: Pierre Le Corre and Fernando Alarza.
• Alistair Brownlee and Javier Gomez maintained their record of having finished on the podium in at least one race every year, since the World Triathlon Series was introduced in 2009.
• Alistair Brownlee has won at least one World Triathlon Series event in all seven seasons since 2009.
• Only 13 men have ever won a World Triathlon Series race since 2009, with Vincent Luis the only new name added to that list during 2015.
• The highest ‘new entry’ to the Columbia Threadneedle Rankings in 2015 is Canada’s Tyler Mislawchuk (28th, 1270 points).
• The biggest mover in the Columbia Threadneedle Rankings in 2015 versus last season is Jason Wilson from Barbados. 164th in 2014, he improved by 124 places to end the year ranked 40th (1099 points).

The 2016 World Triathlon Series kicks off in Abu Dhabi, March 4th-5th next year and we look forward to following the action with you.

This report is brought to you by Columbia Threadneedle Investments, Global Financial Services partner of the ITU World Triathlon Series.

Join the conversation on twitter with @CTinvest_tri or by using #CT_Rankings 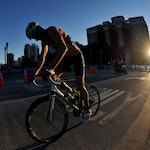 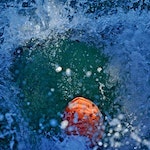 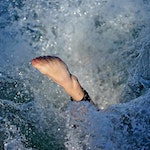 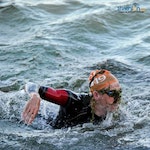 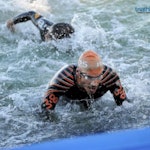 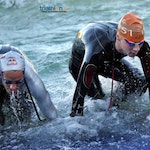 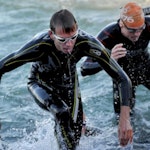 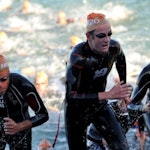 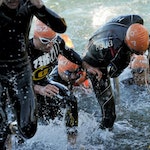 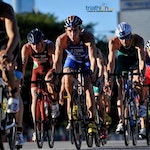 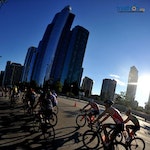 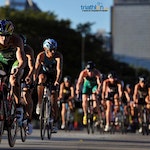