A record number of athletes helped to put the 2012 ITU Age-Group World Championships in the International Triathlon Union history books, with more than 3000 athletes racing at Queens Wharf on Monday in Auckland.

In a truly international field, the world’s strongest nations sent huge teams to contest these world championships, numbers in the hundreds from the New Zealand, USA, Australia and Great Britain and dozens from Mexico, Ireland, Brazil and South Africa. But there were also plenty of athletes from up and coming triathlon nations like the Cook Islands, Solomon Islands, The US Virgin Islands, Tahiti, Norfolk Island, Barbados, Norway, the Philippines, Estonia and Hong Kong. There were also a number of nations riding solo, with just one entrant, including Venezuela’s Juan Manuel De La Mata, Iran’s Reza Shamiri, Serbia’s Zoran Zivlak and Zimbabwe’s Garth Lezard, who added a triathlon world championships to his current solo bike around the world trip.

Aucklanders turned out in force today to support the age-group and paratriathletes, while parochial for their own New Zealand athletes they were equally generous in supporting every athlete who traveled from around the globe to compete and enjoy some notorious Kiwi hospitality.

The home crowd had even extra to cheer for with some familiar faces in the crowd. New Zealand’s John Hellemans, a renowned coach who is now in charge of the Dutch elite coaching programme, recorded his second age-group World Championship gold – on the very same bike course he completed his first triathlon in 1983.

“It was the same course I did in 1983 here for my first triathlon so I really enjoyed it,” Hellemans said. “It was a fantastic experience the crowd were just amazing, it was really a home race for me.”

He said returning to the spot where it all started was exciting, to reflect on just how much triathlon had grown.

“I’ve been a big part of the whole development and that’s what has been so exciting, to be part of such a young sport, with this growth and all these new types of racing, it was kept me very interested and kept me on my toes,” he said. “I’m pretty lucky I can join in every now and again for health fitness and a bit of competition.”

But the biggest showdown was expected when New Zealand’s Rick Wells, who was a bronze medallist at the very first ITU World Championships in Avignon, France, in 1989 took on another triathlon legend in Scott Molina in the men’s 50 to 54 age-group.

But it was Australia’s Jeff Collier who upstaged both of them, surging ahead to beat Molina and Farrell in third. It was his first gold after two silver medals and said it was extra nice after all the attention given to the stars in the race.

“Feels great after they talked up the Kiwis at the start line,” Collier said.

But while there was a heavy hit of nostalgia in Auckland, it was also a place for new beginnings, like the Fijian team. After Isikeli Rawlinson made his world junior championship debut in the junior men’s race on Sunday, three Fijian athletes competed in the age-group races, the first time Fiji has sent a team to the ITU Age-Group World Championships.

Seini Adivuti was the first of their age-groupers to finish and thoroughly enjoyed herself.

“The swim was hard and it felt like I was in a washing machine, I’m not used to those waves, and then the cycle course was a bit hilly but I had fun doing the downhill, the run was easy, because I’m so used to running on gravel road, the pavement was so good,” she said.

One of the unique aspects of this sport remains the ability to unite people of all walks of life and ages, this race offering categories ranging from 18 – 84 years.

For 54-year-old Steven Wade (USA) this event marked a number of milestones, his 181st triathlon, 29th year competing in triathlons and after cancer surgery last December followed by radiation therapy in January this year he is nine months into a 12 month chemotherapy protocol.

Many future young champions shone today and Auckland will forever remain their springboard into their emerging triathlon careers.

In the 18-19 categories, Australia cleaned up in with Jenna Fulton and Grant Melzer while New Zealand reversed this in the 20-24 categories with Reubyn Bisschops and Kieran McPherson making it a clean sweep for the host nation.

Overall, Australia just pipped the hosts New Zealand to first on the overall age-group medal tally. Australia finished with 28 medals and 12 gold, to New Zealand’s tally of 25 medals and 10 gold. Great Britain finished in third, with 16 medals and the United States in fourth with 14. 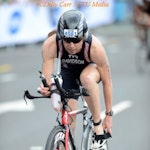 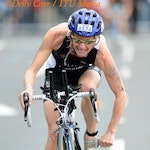 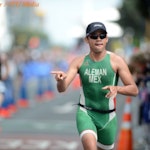 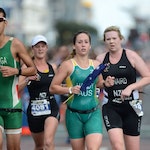 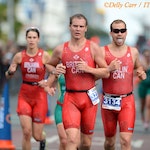 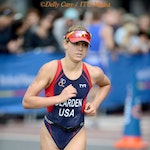 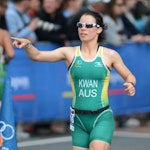 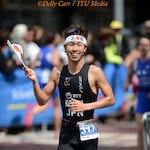 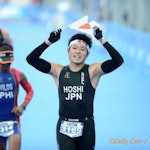 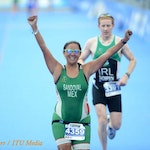 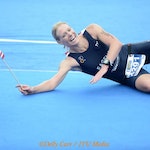 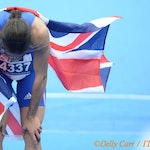