by Doug Gray on 14 Sep, 2018 10:39 • Español
Saturday morning saw the 2018 ITU Elite Paratriathlon World Champions crowned in Australia’s Gold Coast, with six categories competing in and around beautiful Mitchell Park. First into the water were the 22 visually impaired PTVI athletes in three waves, followed by the PTWC wheelchair athletes and then PTS5, 4, 3 and 2.

Saturday morning saw the 2018 ITU Elite Paratriathlon World Champions crowned in Australia’s Gold Coast, with six categories competing in and around beautiful Mitchell Park. First into the water were the 22 visually impaired PTVI athletes in three waves, followed by the PTWC wheelchair athletes and then PTS5, 4, 3 and 2.

PTVI
The day began with Britain’s Dave Ellis and Susana Rodriguez of Spain crowned World Champions in the PTVI race. Ellis had led through the swim but was caught by Australia’s Aaron Scheidies over a technical bike course during which Spain’s Hector Catala also gained ground, but by the time Ellis had found his way out of transition and kicked through an impressive first of the five kilometres on foot, his title of World Champion looked assured, Scheidies taking the silver and Catala the bronze.

“What an amazing feeling,” said Ellis afterwards. “It was a tough race and i wasn’t sure it would happen but I got it on the run. We made the best of the race and stuck to our game plan. The guys went out harder than us but we built through it.”

In the women’s race, Rodriguez and GB’s Alison Patrick emerged from the water together but it was a swift transition from the Spaniard that gave her the advantage and a precious lead that she was able to stretch out and build upon across the 5km run to ensure her second World Championship title. Australia’s Katie Kelly came home for the bronze.

“Im very, very happy, I cant believe our performance today. Our last title was in 2012 but since then paratriathlon has grown a lot and the competition increased. It is our first year together (with guide Paula Godino) training and its difficult to manage our schedules as she has a young baby so i’m very pleased to win this. We have worked hard and it is teamwork in this category so everything we have done this summer has worked.”

PTWC
In the PTWC wheelchair races, Dutchman Jetze Plat collected his third World title after a phenomenal race that he dominated from beginning to the end, while Australia’s Emily Tapp delighted the crowd as she took the women’s gold.

Paralympic gold medallist Plat was first out of the waters to then ride solo for the 20km on the handbike. When it finally came to the racing wheelchair, Plat had just over a minute over his teammate Geert Schipper, who also managed to leave the rest of the field behind to find himself back on familiar podium territory. The battle for third was always going to be tight, with British Marine Commando Joe Townsend and Italy’s Giovanni Achenza together for much of the course, as well as Ahmed Andaloussi (FRA) and five time world champion Bill Chaffey (AUS) close behind, but the Brit delivered the strongest final section to finish third.

“I’m really happy, its nice to take the win and a third title - and outside of Holland!” said Platz. “This is a great place to race. The swim is always good and not many people are faster than me on the bike even though i had a little crash but the gap was big enough so it all held together.”

In the women’s race, it was Australia’s Emily Tapp who mastered the course to claim the gold medal, thrilled to go one better than her Commonwealth silver here earlier in the year.

“I am absolutely stoked. We had the Commonwealth Games down here earlier in the year, so to have that atmosphere and then bring the World Championships down here with my family surprising me was unreal”, she said after her victory. “I have targeted this for a while so to put it all together makes me so happy. This is the athlete that I would have hoped to have been at the Commonwealth Games but to do it at a World Championship and defend my title was my focus.”

Despite a quicker final section, Japan’s Wakako Tsuchida couldn’t quite make up the ground on Tapp, crossing the line second ahead of Australia’s Lauren Parker.

It was a tremendous battle between the trio, with Peasgood leading the men out of the water and staying out front off the bike, but with only 2km to go it was Daniel who made the breakaway to cross the finish line first with a split time on the run of 15’55’’. Schulz followed through in second place and Peasgood in third, with Spaniard Jairo Ruiz Lopez finishing fourth.

“It has been a really tough year with a lot of ups and downs but I just wanted to finish off on a high note and do everything I could,” said a delighted Stefan Daniel afterwards. “I knew it would take everything to get the win but I am happy it came out the way it did. This title is a bit more special than the others. I have faced quite a bit this year and haven’t raced well until now so it is a big relief more than anything. I didn’t really expect it today. In mid-July I sat down with my coaches and my parents and I just tried to find the love of the sport again. I had been struggling, so I have just taken every day and enjoyed it and putting less pressure on myself going into races has made a big difference.”

The women’s PTS5 saw Britain’s Lauren Steadman cap a brilliant year, the new World Champion going one better than her silver in Rotterdam 12 months ago and completing a GB one-two with Claire Cashmore, USA’s Grace Norman coming home in third. It was a superb bike ride from Steadman that saw her take charge of the race, putting her in a commanding position heading onto the 5km run. Cashmore was unable to close the gap and Norman ran out of course just as she was threatening to catch her rival.

“I feel really emotional to be honest,” admitted Steadman. “I’ve had a really hard couple of years since Rio and I felt like I was written off by everyone. With my new coach I have achieved consistency and nailed everything this year. I wasn’t expecting to win but I knew I would try my best and it was enough. I kind of planned to make the bike leg my strongest but I didn’t get as far away as I wanted to but then I found my legs on the run so I was really happy. There is still more to come and I have more technique work to do but i’m really chuffed and just want to say thanks to everyone who has helped me get here.”

PTS4
Hannah Moore continued a great day for Great Britain as she became PTS4 World Champion, a dominating performance in the swim setting her well on course for victory. Emerging a full 90 seconds ahead of Japan’s Mami Tani, Moore then put the hammer down again on the bike, opening up an unassailable lead despite the best efforts of Australia’s Sally Pilbeam, who crossed the line for silver thanks to a brilliant run that saw Tani settle for the bronze.

A delighted Moore said afterwards; “They were good conditions for me and on the bike I just went as hard as I could to try and create a gap to the other girls and then just hang on during the run. It was hot out there and a tough race but I am delighted with the result. I can go celebrate now!”

In the men’s race, it was a powerful display from Frenchman Alexis Hanquinquant that saw him take the tape well ahead of Alejandro Palomero. Haninquant managed to get 45 seconds of daylight between himself and the Spaniard during the swim, while Luxembourg’s Joe Kurt found himself with a lot of work to do on the bike as he tried to make up lost time from the swim. Haninquant continued to stretch his lead all the way to the 2018 World title, Palomero home in second with Kurt taking the bronze.

“I am really happy to be World Champion. This is my second title and it is very good having been training hard this year so this win makes me extremely happy,” said the PTS4 champion.

PTS2
Allysa Seely crowned a near-flawless 2018 with the World title in Gold Coast, the American holding off a stiff challenge from Britain’s Fran Brown to go one better than her silver in Rotterdam last year and make it a remarkable hat-trick. Brown, too, improved by a place on her last Grand Final performance, finishing a minute ahead of another American, Hailey Danz, who narrowly missed out on that Dutch podium.

“I felt great all week and this morning and just really excited to get out there. I was looking for redemption from second place last year. The swim went to plan and I executed it perfectly and on the bike I just wanted to stay with my competition and I was able to stick closer than I have all season. So onto the run I was pretty confident that I would be able to bridge the gap quickly and bring home the title. It is incredible to now have a third world championship title, it is something I never dreamed or imagined and it is a really good step towards Tokyo because that is the end goal here.

USA’s Mark Barr became the new PTS2 World Champion after carving out a substantial lead of over a minute from the rest of the field in the water. Britain’s Andrew Lewis was able to make significant headway on that gap across the duration of the 20km bike and then again on the run, but ultimately ran out of track and had to settle for the silver. Jules Ribstein of France came home in third with Mohamed Lahna in fourth.

“I never thought this day would come and it still hasn’t hit me yet,” said Barr, “but it is a pretty good feeling so far. You have to race scared when you have a World Champion and gold medallist on your heels and people were coming hard on the bike and closing ground on me but you just hammer as much as you can. On the run, Andrew was closing a bit on me so I couldn’t let off the gas pedal the whole way. It was an exciting race but I only thought I had it won 10 metres from the finish line because I know he has some tricks in his back pocket. It was awesome to come away with that win.”

PTS3
Anna Plotnikova was able to gain revenge on France’s Elise Marc as she wrested the title of World Champion from the woman who beat her a year ago in Rotterdam. Marc had managed to establish a commanding lead over the Russian during the swim, but a brilliant cycle followed by a determined final run segment saw Plotnikova continue her brilliant run of form this year. In the third place, Irish Cassie Cava, who nailed the best performance of her career so far.

In the men’s race, Spaniard Daniel Molina claimed his second World Title in a row, after a consistent performance that saw him lead from the beginning til the end, leading out of the water with almost a minute difference and ending up crossing the finish line more than three minutes ahead of everyone else. Behind him, British Ryan Taylor claimed the silver medal, while German Max Gelhaar finished in the third place. 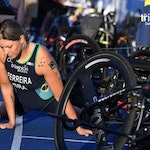 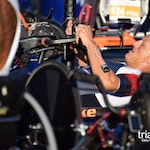 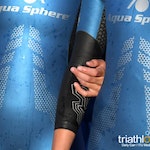 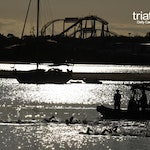 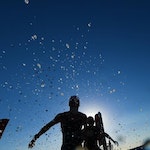 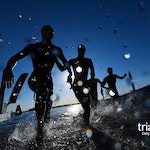 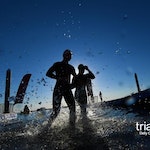 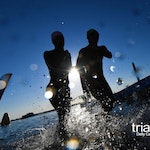 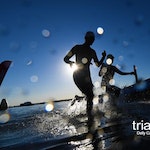 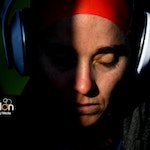 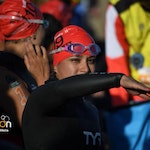 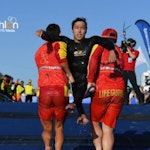